The Honda Vezel was the coolest kid on the block when it first arrived and the things that made me buy this car are: 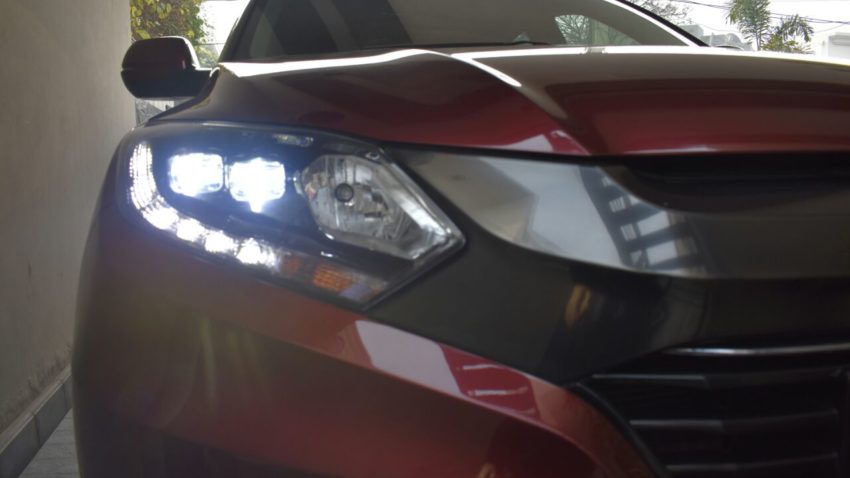 The other reasons I chose an import over an Altis Grande or a 9th gen Honda Civic is because i simply didn’t like the looks of the 9th gen Civic and although the Corolla Altis Grande is a good car in it’s own right, it just doesn’t have the same appeal to me as that of the Vezel.

The Experience So Far…

So far, it’s been a stallion in terms of reliability. No abrupt breakdowns, hiccups or poopers :p

Ground clearance is ample, it’s never dragged it’s belly on a speed-bump. There’s acres and acres of headroom/legroom (cries in 5ft 4in). There’s plenty of seating room; 3 people can comfortably sit in the back. There’s enough room in the boot for a horse and if you put the seats down, you can fit an elephant in as well (probably). It’s a Honda so it’ll probably last longer than the horse and then some.

The drive is amazing. The AC, seats, driver sitting position are all great. I’d give the suspension a solid 2pi/2pi. Road grip is amazing as well, the DCT gearbox is a blessing, the paddle shifters are quick and responsive. It has EBD, ABS, VSA the works so the brakes are superb. As for acceleration, it has a Honda 1.5L Earth Dreams engine which makes ~120hp, mated with a 20hp electric motor so (in my tests) 0-100 kmph took, near as makes no difference, 9 seconds.

Spare parts do cost a pretty penny.The hybrid batteries for example need to be replaced every 2 years and cost more than Rs. 150,000 (the mechanic at Honda wasn’t sure). As for things like oil, brake pads, air filters; they cost as much as you would expect. I for once get my car maintained from a Honda dealership and brake pads cost me Rs. 16,000, Rs. 6000 for an air filter and oil costs Rs. 8000. I use synthetic oil so it does last more than 5-10k kilometers, probably even more than that. 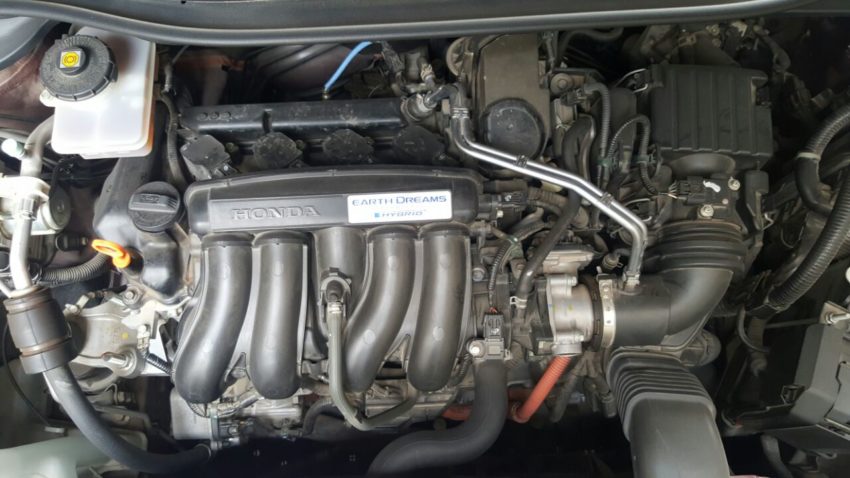 I’ve driven my Vezel about 10,000 km now and so far i have no complaints. The drive is always satisfactory, overtaking in the city or on the highway is a breeze. It gave me 19.6 kmpl on a trip to Islu via the motorway, and 21.2 on the way back. The hybrid system really helps in in-city driving as well. In stop-start traffic situations, it automatically switches to EV mode (FYI there’s no manual EV button, the car auto switches). You put your foot down, drive like a maniac and it does 11-12 kmpl. But drive like Ms. May and it does 15-17 in city (with light traffic and the AC on) and on the motorway it does 19 to 21.

Things I miss in a Vezel

Firstly, it doesn’t come with any sort of spare tire, what you get instead is a tyre repair kit and using it for the first time is challenging. The batteries are housed in the boot (where a spare would usually be) so there’s no room for one. I just wish i could replace a flat tyre the old fashioned way instead of having to resort to repair kit witchcraft.

I’m really quite pleased with my Vezel but (there’s always a but) i just wish Honda would implement something like Toyota’s synergy drive in their hybrids(for even better fuel consumption).

I bought it a year ago and can’t say I have a single regret. But now to the elephant in the trunk, it (brand new S grade) cost me Rs. 3.0 million more than a year ago but now a new one will cost you near 3.9 million (just because of popular demand) and it just isn’t worth that much. 4 million is Audi and BMW territory. There’s also the Suzuki Vitara (3.8 mil for the top of the line one) and again, the same thing in India costs half as much and has all the same toys.

But if you’re adamant on buying a Vezel, just know you’re making a good choice and you won’t have any trouble sleeping at night if you pick it over an Audi A3 🙂