A horrible crash video of Tesla Model Y has surfaced on the internet. It was captured by the surveillance cameras installed in and around the Columbus Convention Center in Ohio. The footage shows a speedy Model Y which was reportedly travelling over a 100 km/h crashed into the convention center building.

The car was so fast that its almost seen for just one or two frames before banging into the glass panels of the convention center. In the blink of an eye, it barges through the doors and heads straight into a pillar inside the building. Once hit, the Tesla spins around and comes to a complete stop. 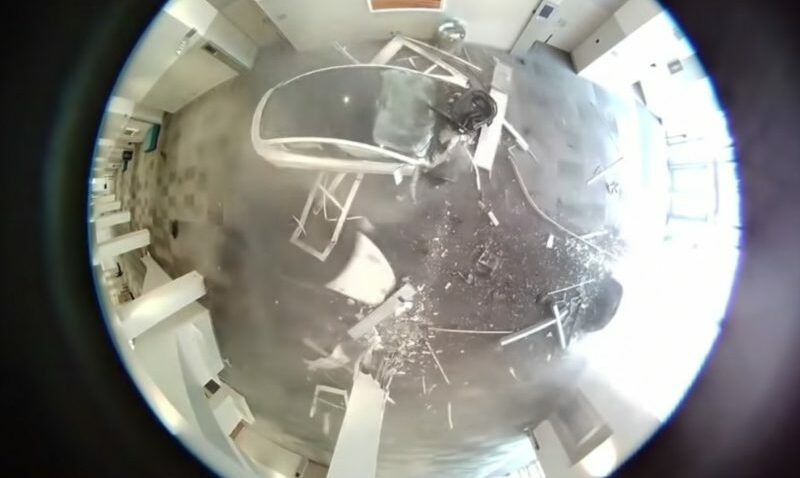 According to information, the driver told the police that arrived at the crash site that the Tesla’s braking system had failed and that they were unable to slow the car down. However as per eye witnesses, the EV was seen speeding up moments before the crash happened. Speculations assume that the driver may have attempted to run a red light, but rather lost control of the car. Thankfully nobody was hurt and the driver didn’t sustain any serious injuries.

Related: Never Mess With a Toyota

Previously in 2020, Tesla was involved in a scandal regarding numerous reports of its various models suffering from brake failures and resulting in a few accidents. However till the findings of  this accident comes out, its hard to say whether it was a pure driver negligence or happened due to the malfunctioning of Tesla systems.