South Korean automaker Hyundai has announced to have achieved a unique milestone in India. The company has sold over 1 million crossover SUVs which includes those made & sold within India as well as those exported to markets.

The SUV lineup in India consists of the Venue sub-compact SUV, the Creta compact SUV, the Tucson mid-size SUV and the Kona Electric SUV. Plus, Hyundai is in process of launching the new Alcazar three-row mid-size SUV, that will complete its SUV portfolio in Indian market. 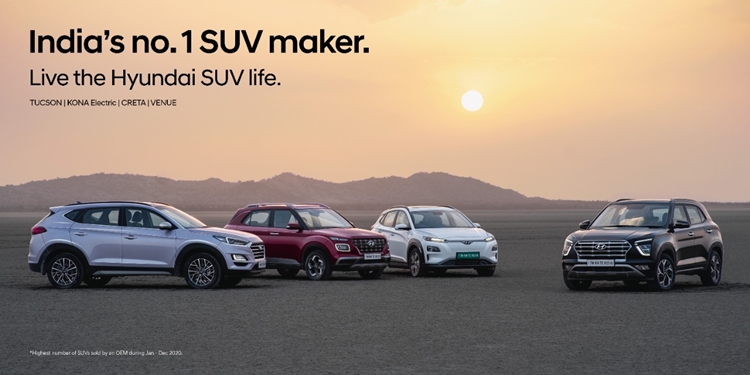 Hyundai’s SUV journey in India began with the Terracan in 2003, followed by the Santa Fe and the first-generation Tucson, but all these continued to be positioned at the premium end of SUV segment while unable to bring desired results for the automaker. While the first-gen Tucson failed to make its mark in India, the Santa Fe turned out to be fairly popular vehicle and was offered for quite some time and across a couple of generations. 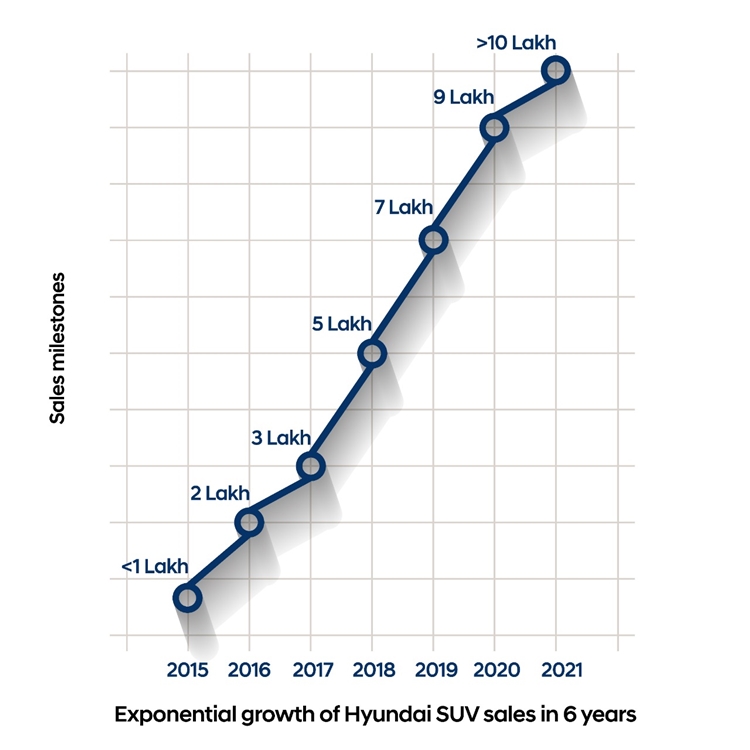 Interestingly it took Hyundai almost 12 years to accomplish 100,000 SUV sales but since 2015 when the Creta was first introduced, the South Korean automaker has been doing wonders in Indian market.

Related: Hyundai in India Sells Over 1.21 Lac Units of Creta in 12 Months

The Creta has been Hyundai’s bestselling SUV in India, with cumulative sales of 5.9 lac units within India and over 2.2 lac units in the export market. Just like the first-generation model, the second-gen Creta – that was launched in March 2020, continues to be the segment leader by a fairly large margin. 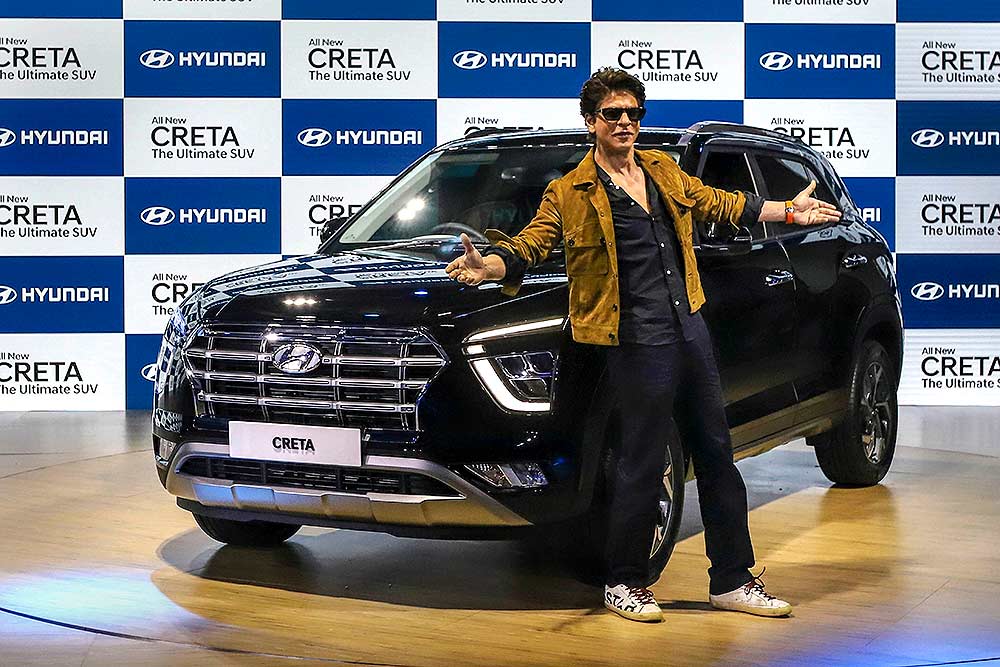 In addition, the Hyundai Venue that was launched in 2019 and is the most affordable SUV in the lineup has consistently been among the top-selling models as well with over 1.8 lac units sold in Indian domestic market. 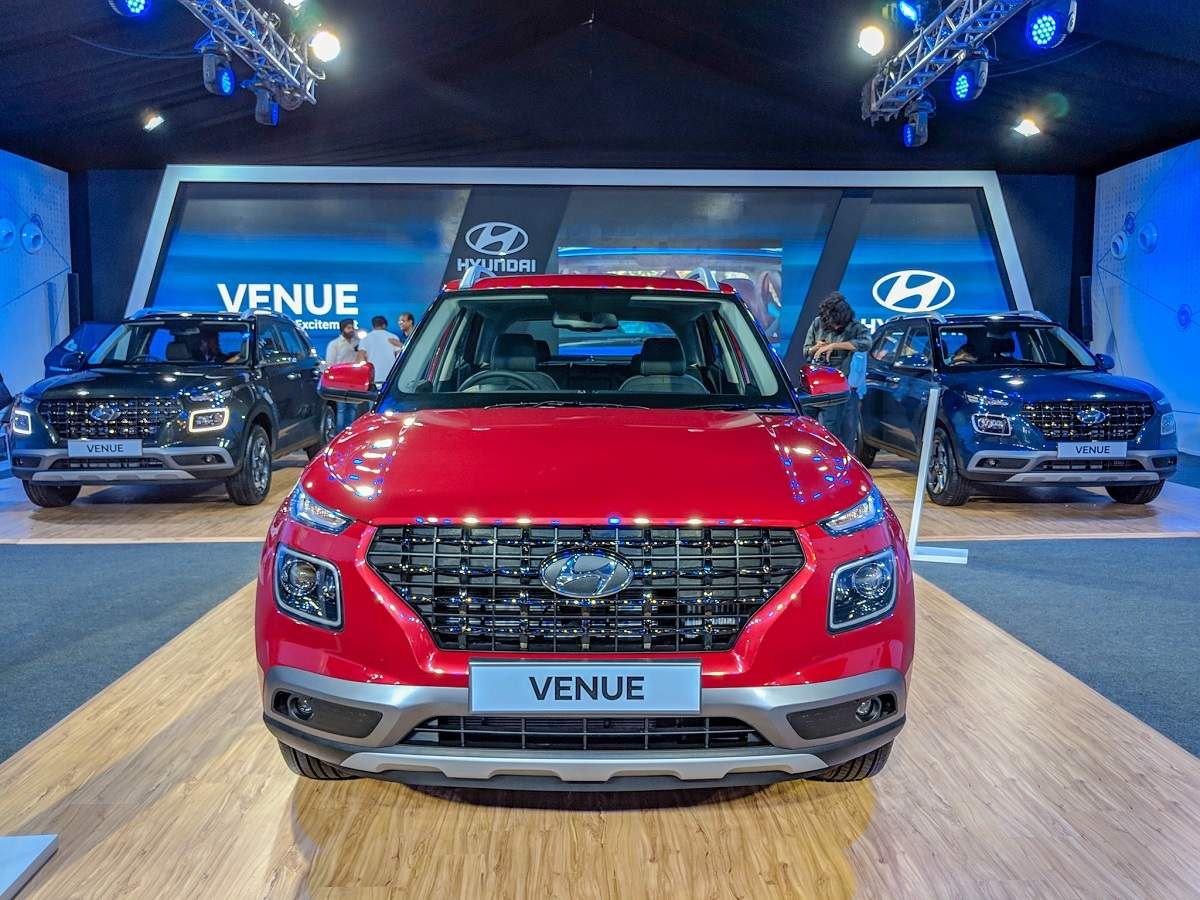 “We are extremely grateful for the love and trust our customers have presented in Hyundai branded SUVs. As frontrunners in the introduction of revolutionary technologies, we continue to establish new milestones and redefine benchmarks across segments. With over 1 Million cumulative SUV sales in domestic and export markets, we have reiterated the promise of Make-in-India over nearly two and a half decades of our presence in Indian market. This achievement also epitomizes our manufacturing excellence and the unconditional admiration for the Hyundai brand in India. Our journey towards SUV leadership was initiated by brands such as Tucson, Santa Fe and Terracan. Now we have witnessed exponential growth in the segment with the launch of contemporary brands like Creta and Venue that have quickly gone on to become well-established household names.”