Hyundai’s all electric IONIQ 5 and the new Tucson will be featured in Sony Pictures’ upcoming film ‘Spider-Man: No Way Home’ which will see its theatrical release on the 17th of December 2021. Leading up to the film’s release, Hyundai has launched an integrated marketing program that includes a global TV commercial and a variety of digital promotional activities. The campaign stems from the global multi-picture promotional partnership that Hyundai inked with Sony Pictures in May 2020 to showcase the company’s human-centered mobility vision via product and technological innovations.

The commercial shows Spiderman hitching a 300-mile ride to New York with his best friend Ned Leeds played by Jacob Batalon in the all-electric IONIQ 5. A 30-second broadcast version will air as part of high-visibility television programs in the US, Europe, China, Russia and other global markets through January 2022.

“The placement of the all-electric IONIQ 5 and all-new TUCSON in ‘Spider-Man: No Way Home’ marks the first meaningful milestone in the strategic partnership between Hyundai Motor Company and Website – www.hyundainews.com. We expect great marketing impact from this collaboration. This exciting film and the two vehicles’ inclusion in key moments of the storyline played by the main characters will exhilarate the minds of millions of viewers around the world.”

The award-winning IONIQ 5 is considered as a rival to the Tesla Model 3. The EV has a 72.6kWh battery and has a driving range of around 480 km. It is capable of running more than 100 km on a 5-minute charge thanks to the ultra-fast charging technology. In addition, Hyundai has also created a 30-second spot featuring the all-new Tucson showing key scenes from the film starring Tom Holland and the Hyundai Tucson. 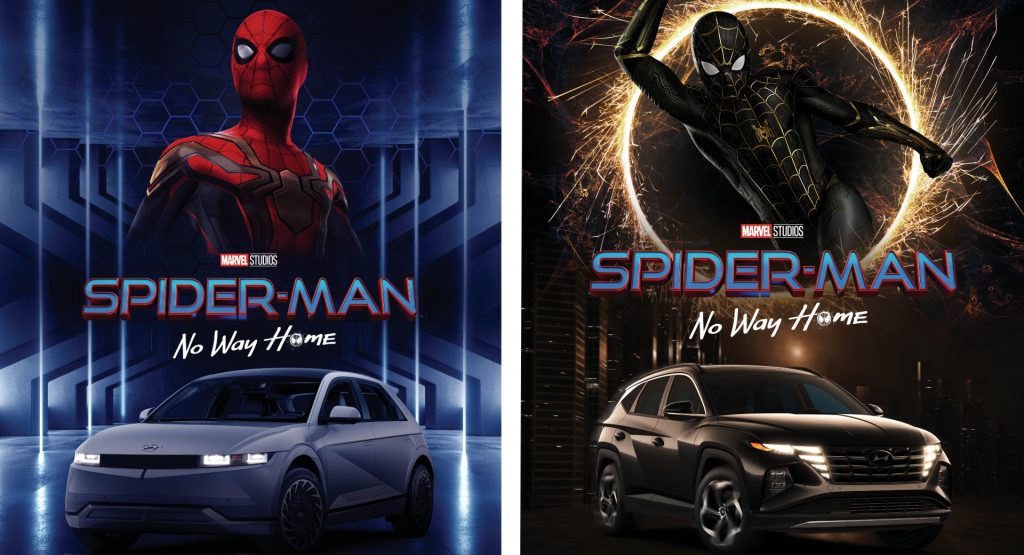 On social media, Hyundai will offer fans the opportunity to obtain a “Hyundai IONIQ 5 x Spider-Man: No Way Home” special edition poster as well as customized digital wallpapers. A behind-the-scenes video of the IONIQ 5 commercial and other unique contents will also be available online. Following “Spider-Man: No Way Home,” the company will organize diverse marketing initiatives related to the upcoming films “Uncharted,” due to premiere in February 2022, and the sequel to the critically acclaimed, Academy Award-winning animated film, “Spider-Man: Into the Spider-Verse,” due to premiere in October 2022.