Hyundai Staria Revealed Ahead of Debut

Minivans are losing popularity especially due to the rise of crossovers & SUVs however Hyundai hasn’t given up hopes and is infusing some spice in the segment with a really eye-catching design. The South Korean automaker has revealed the interior and exterior design of the all-new Staria MPV which will come as a replacement of the Starex/ Grand Starex MPV in international markets.

Related: Kia Sorento and K5 Achieve Top 10 for the 2021 World Car of the Year Awards

According to Hyundai, the Staria has a “future-oriented, innovative exterior resembling a spaceship.” Up front there is a full-width LED light bar and vertical headlamps with a pixel-like design similar to the new Ioniq 5 electric SUV. 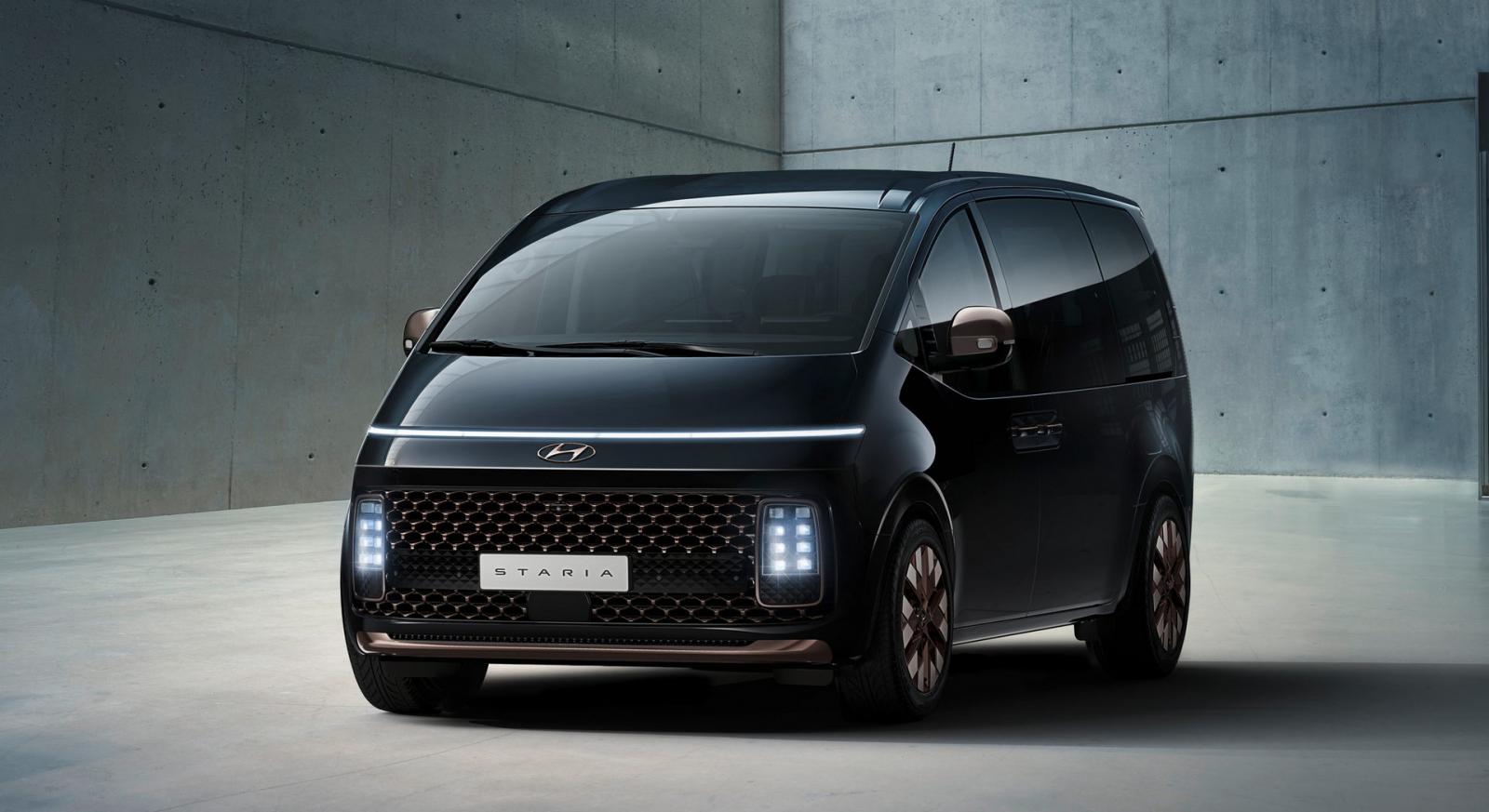 The side profile gets simple flared wheel arches along with a clean profile. The beltline drops down after the A-pillar to give way for massive windows, letting in lots of light to enter the Staria’s spacious cabin. The rear-end continues the clean and futuristic design with narrow vertical LED taillights. 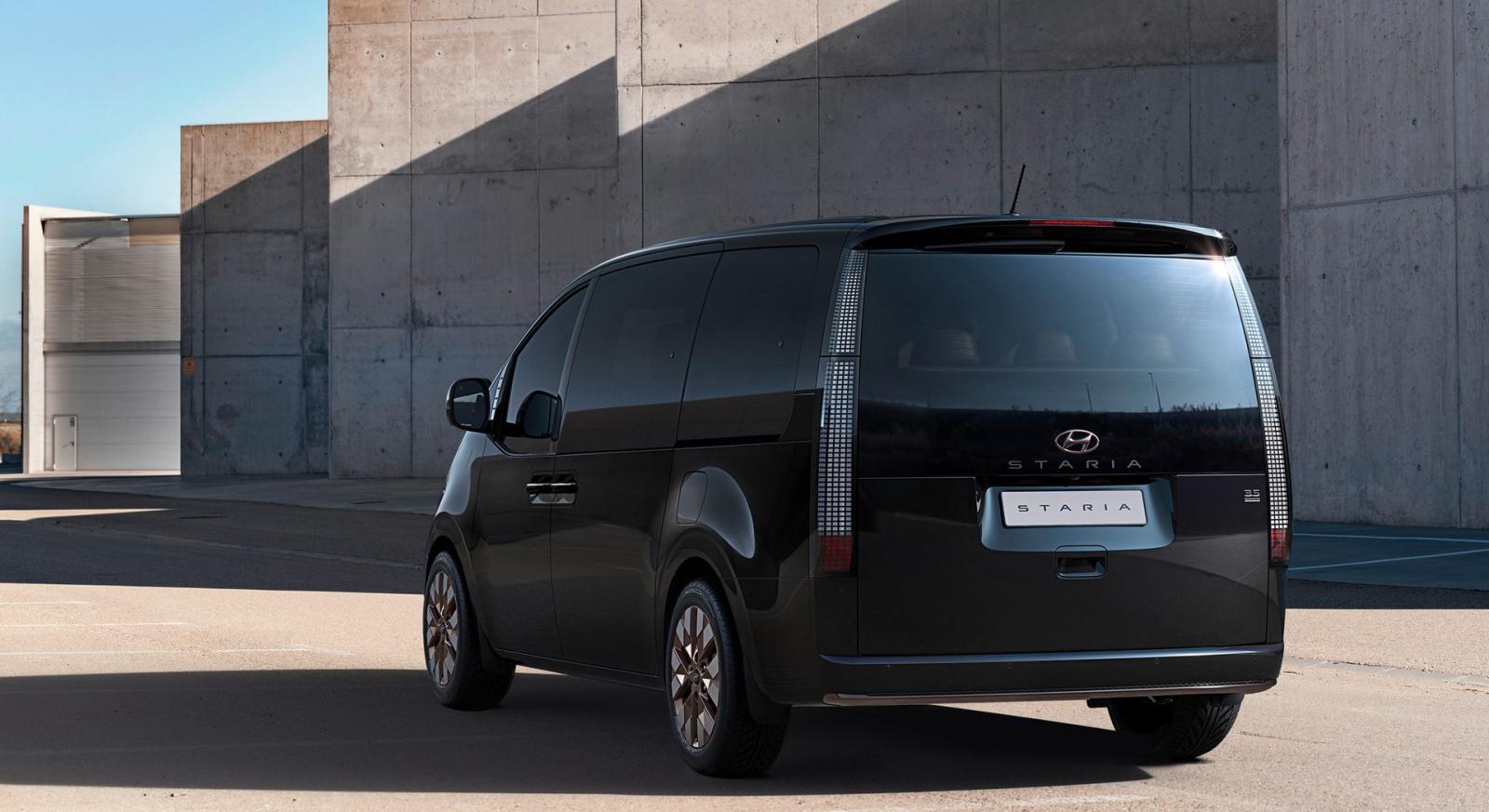 The Staria will be offered in two variants – Standard and Premium, and will be available in multiple seating configurations, from 7- to 11-seaters. 9-setaer variants of the Staria will even have second-row seats that can swivel 180 degrees to face passengers in the third-row. The 7-seat Premium versions gets the middle row with what Hyundai refers to as “premium relaxation seats,” that can automatically recline at the press of a button to enable a comfortable position. 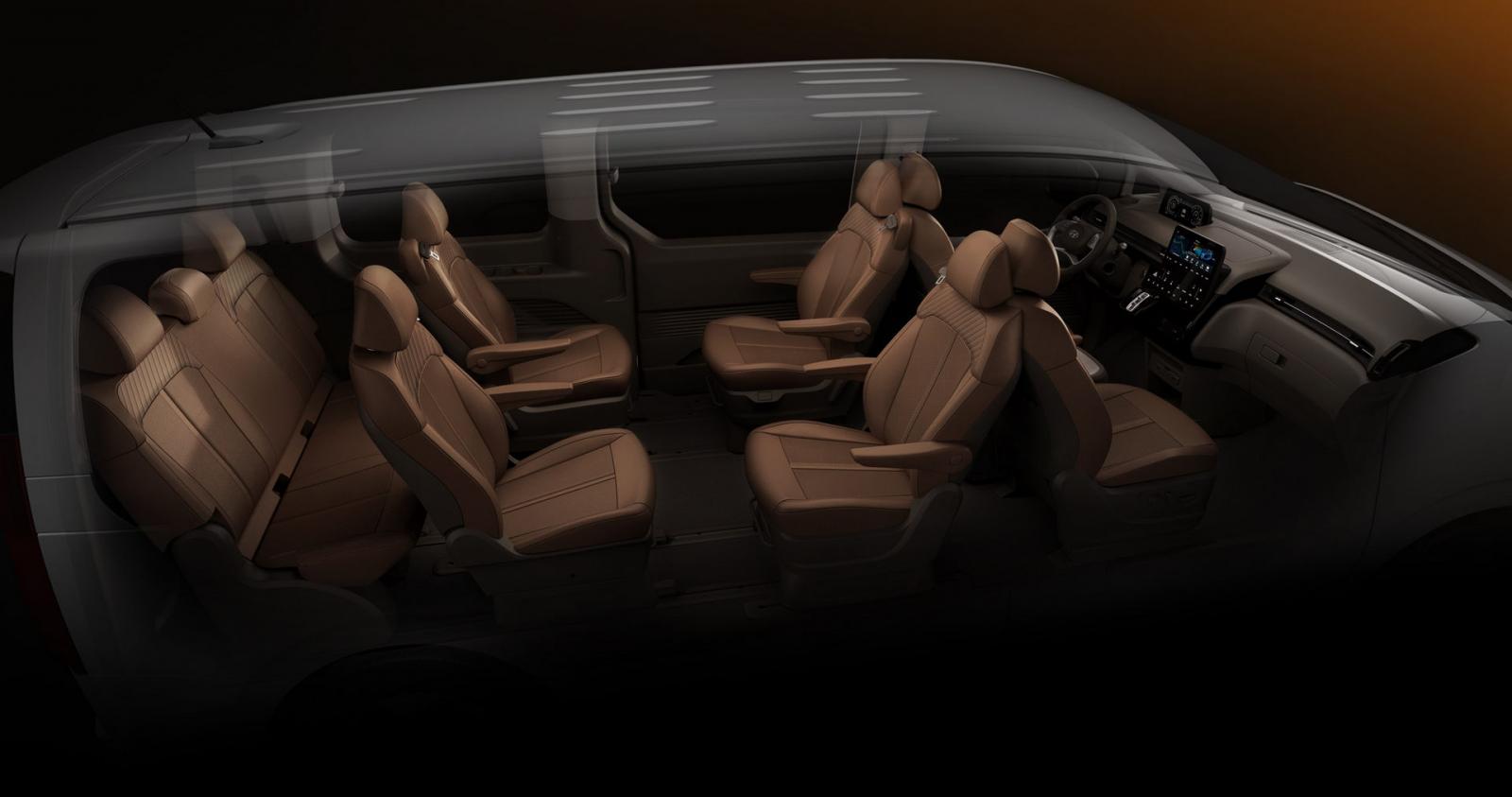 The Premium trim will come with a unique grille with a mesh pattern and tinted brass chrome on the Hyundai emblem, wheels, side mirrors, and door handles. There will be larger 18-inch alloy wheels with diamond patterns and graphics included with the Premium version. 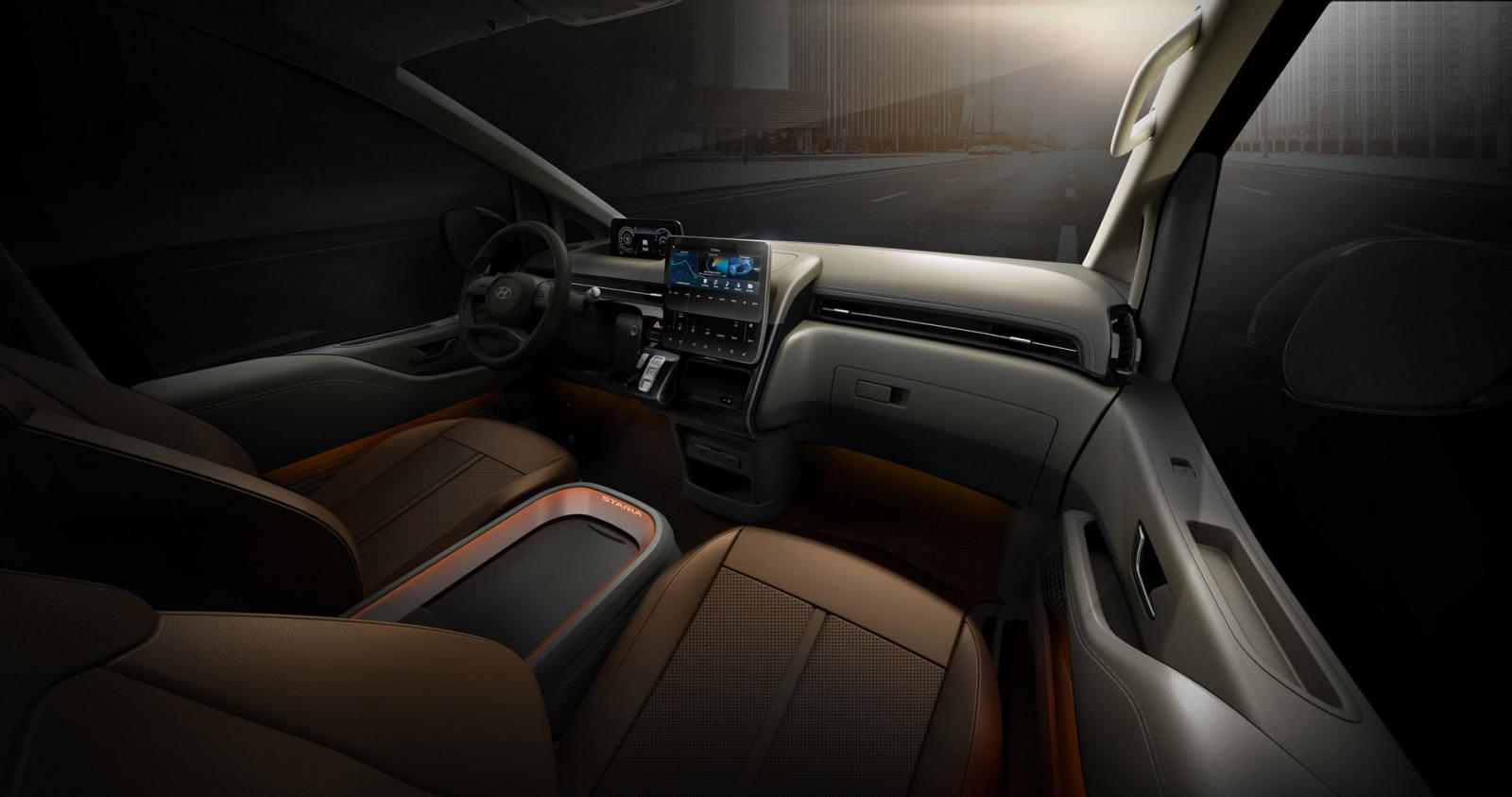 Hyundai says the interior has been inspired by the “lounge of a cruise ship”. Visually it looks somewhat similar to the new Tucson’s ‘InterSpace’ theme with slim air vents that run the width of the dashboard, intersected by the waterfall style center console. A digital instrument cluster is positioned at the top of the dashboard and is complemented by a 10.25-inch touchscreen for the infotainment system.

The Staria Premium also gets ambient LED lighting in 64 colors while all trim levels have various storage areas, including above the overhead console, the top and bottom of the center console, and below the driver’s display. The center console box contains USB ports, cup holders, and extra storage space for miscellaneous items, while the button-type gear selector has freed up more space.

Hyundai hasn’t released any technical details of the new Staria yet, though it is expected to be offered with a range of multiple petrol and diesel engine options. The all new Hyundai Staria will go on sale beginning from its home market South Korea likely towards the second half of this year. 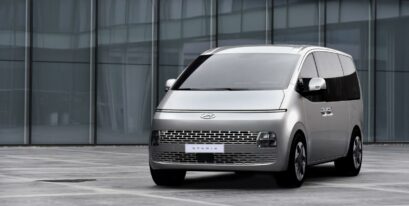 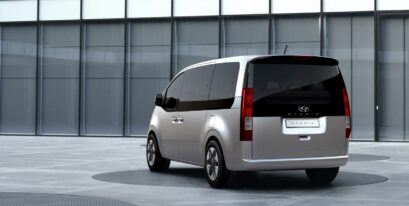 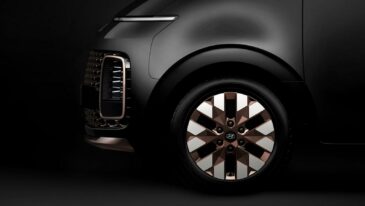 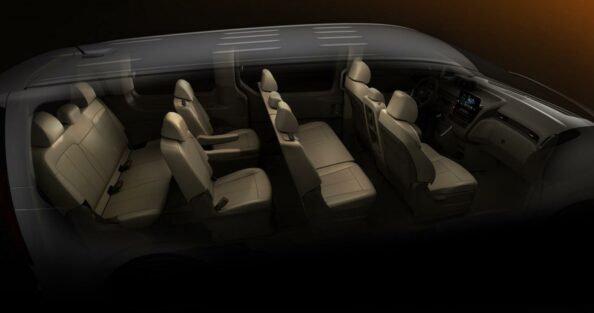 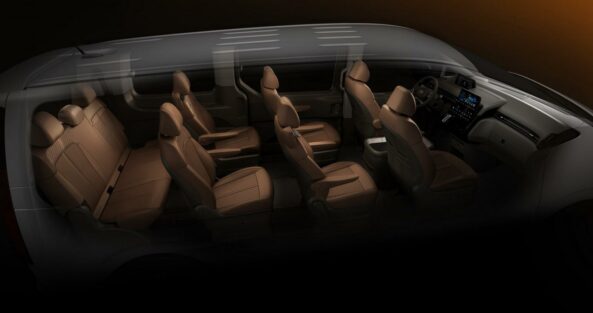 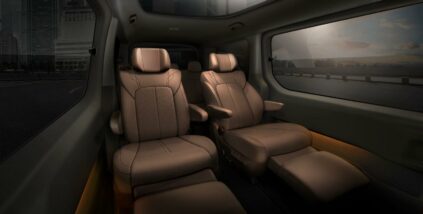 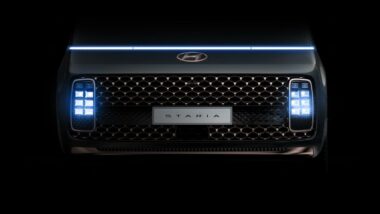 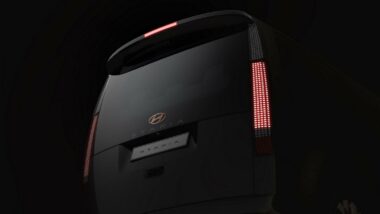 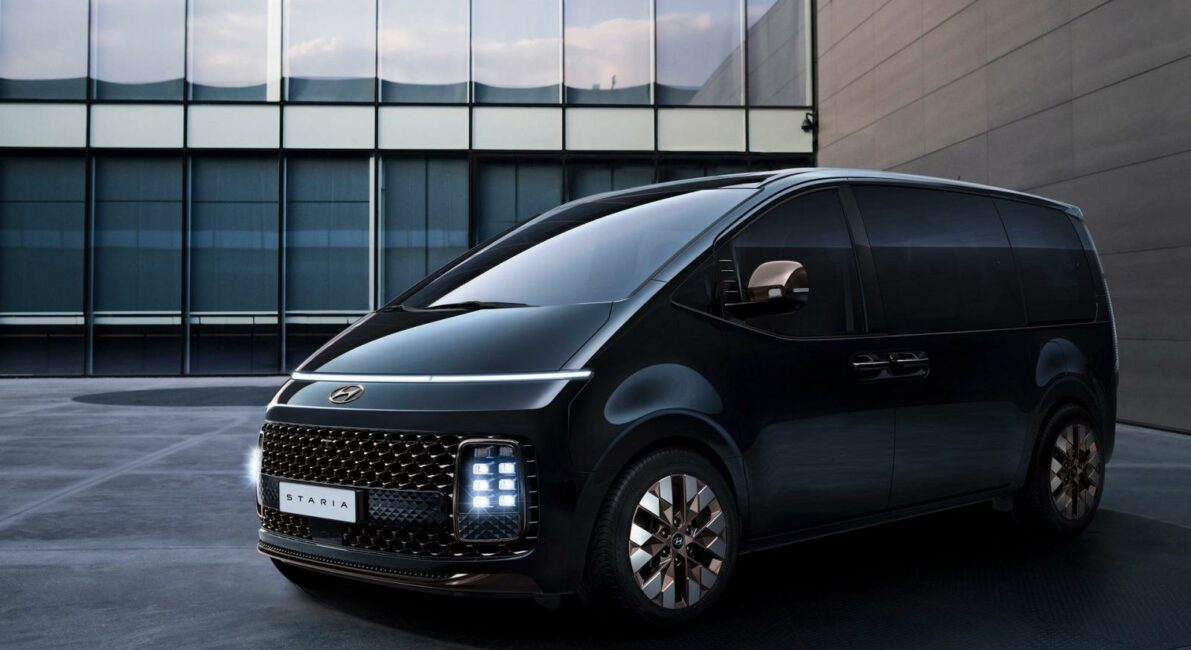