Hyundai Teases the Aura Design Sketches Ahead of Debut

South Korean automaker Hyundai is in process of introducing a new car in India. Named as Aura, the upcoming subcompact sedan will be successor to the Xcent sedan. Although heavily camouflaged test mules have been spotted testing in India for quite a few times, Hyundai has now teased the design sketches ahead of debut which gives a clear idea of how the car would look like.

Up-front, the Hyundai Aura design sketch reveals a similar grille design as seen on the new Grand i10 Nios, with integrated boomerang shaped LED DRLs. There will be projector headlamps and triangular shaped fog lamp housings on a stylized bumper which looks synergized with the new breed of Hyundai cars. The Aura will get a new set of alloy wheels while the rear will feature new LED wraparound tail lights and a bumper mounted number plate recess. Inside, the new Hyundai Aura will come equipped with a large touchscreen infotainment system, steering mounted audio controls and leather upholstery. 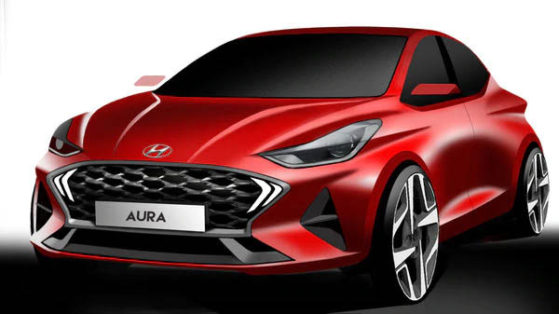 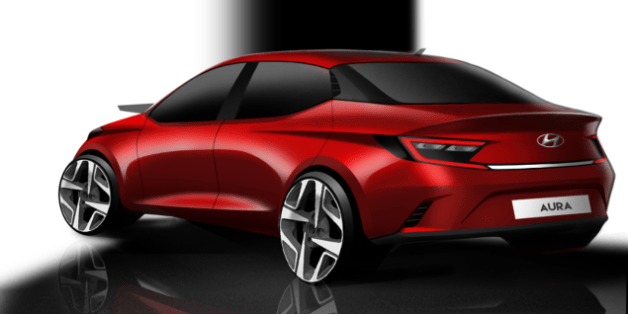 The all new Hyundai Aura is set to break covers on the 19th of December in India. Upon launch, it will rival against the likes of the Maruti Suzuki Dzire, Tata Tigor, Ford Aspire, Volkswagen Ameo and the Honda Amaze.