Hyundai has unveiled the bold new design of its 7th generation Grandeur flagship sedan which is also badged as Azera in markets outside South Korea. The all-new model comes 6 years after the sixth generation was launched in 2016.

Since its original debut as Hyundai’s high-end sedan in 1986, the Grandeur has led the South Korean luxury sedan market, with design and innovations that stand for success and premium quality. Hyundai says the 7th generation Grandeur which is slotted above the Sonata, gets a new level of refinement and sophistication, full of innovative design cues and high-tech details, which reflects the great transformation happening in the mobility sector without losing sight of the model’s tremendous heritage. 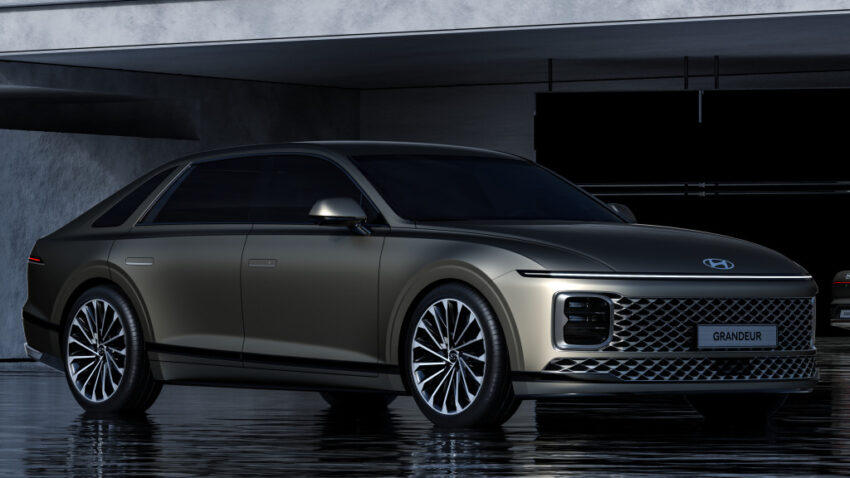 According to SangYup Lee, Executive Vice President and Head of Hyundai Design Center:

“The 7th generation Grandeur expresses our respect for the past and commitment to move on to the future. We are creating a new standard for the premium sedan market through emotive design and a refined customer experience.”

Grandeur’s exterior design takes inspiration from previous models and applies Hyundai’s philosophy to reflect on its past while setting a course for the future. The All-New Grandeur is defined by what Hyundai calls a Seamless Horizon Lamp inspired by the first light of dawn, accentuating the model’s wide stance and harmonizing with its parametric jewel grill. 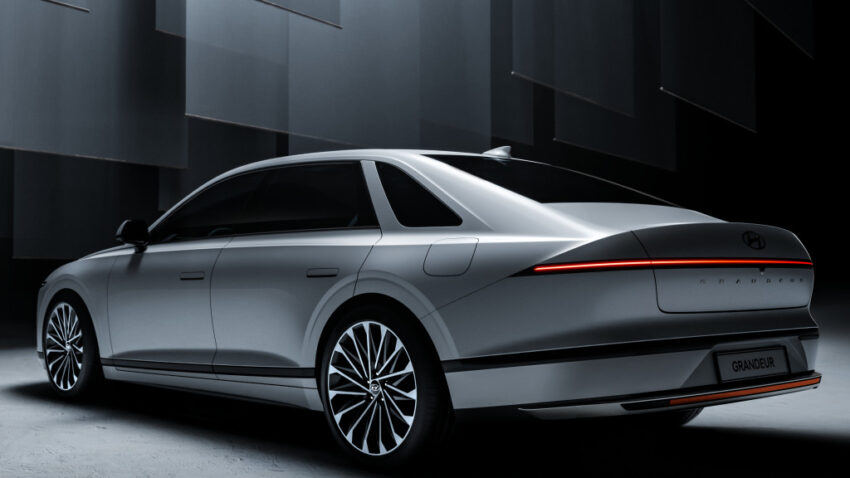 The overall appearance of the fascia looks very similar to that of the Staria MPV that was released in 2021. The side profile features a clean look, with flush door handles and minimal cuts and creases. It also gets a distinct quarter glass like the original Grandeur from 1986. The uncluttered theme continues at the rear where the all-new Grandeur gets a full length light bar aka Seamless Horizon Lamp. 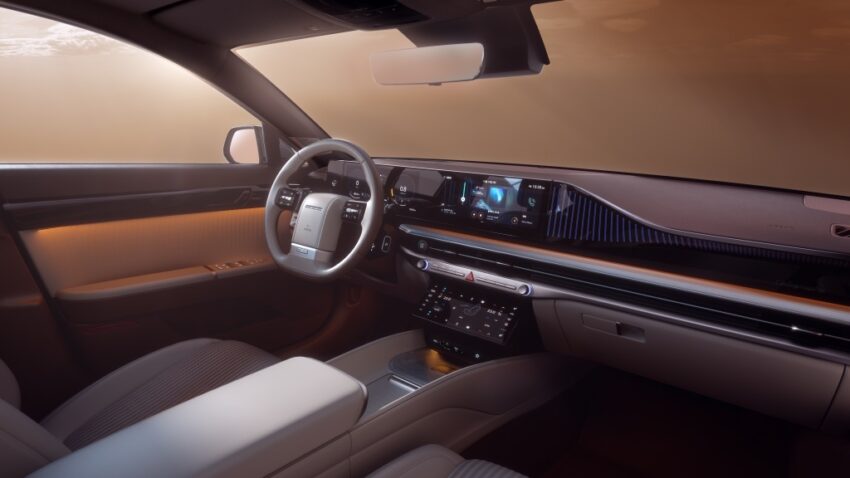 Like the exterior, the interiors of the 7th gen Grandeur is a major departure from the model it replaces. The retro-model styled interior features a dual-screen set-up on the dashboard and gets a steering wheel, the design of which is inspired by the original model. It uses what Hyundai describes as ‘eco-process’ Nappa leather, as well as anti-bacterial leather on certain touch points.

Hyundai hasn’t revealed technical information of the new 7th gen Grandeur. But from general information, it is known that the new model will be larger than its predecessor and will receive a platform with a transverse arrangement of engines. The previous model had both, petrol and diesel engine options, and it is likely that the new Grandeur will have multiple powertrains to choose from, including a plug-in hybrid. More details about the Grandeur’s powertrain will surface in the coming week, ahead of a possible global launch in early 2023. 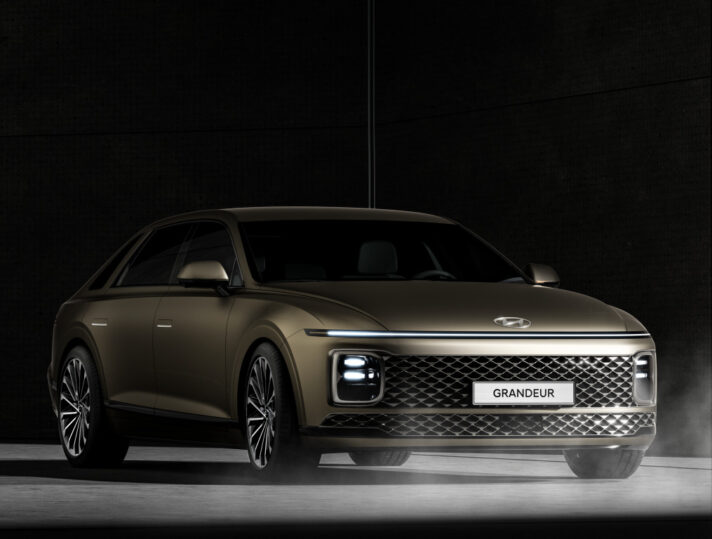 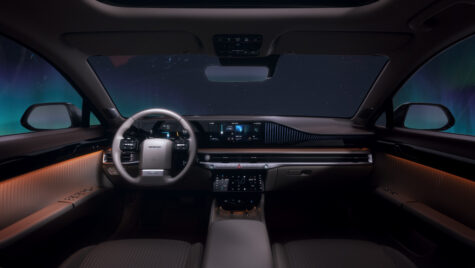 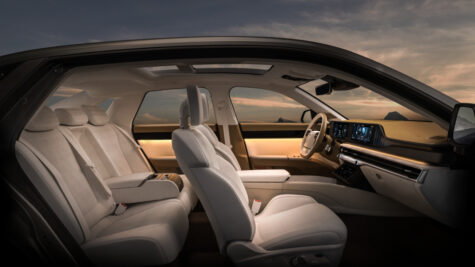 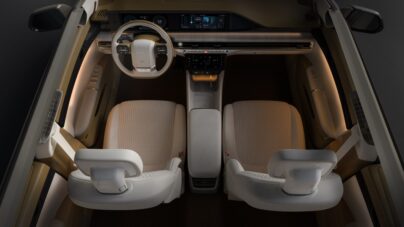 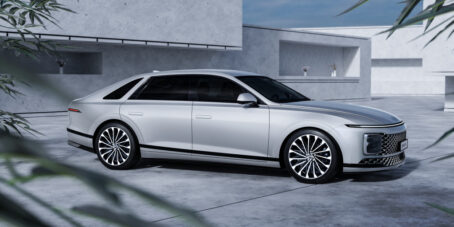 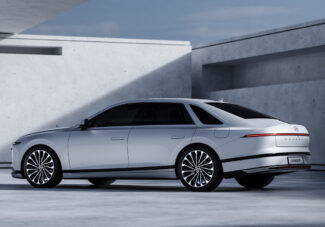 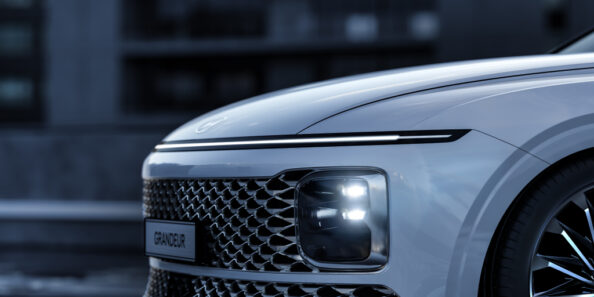 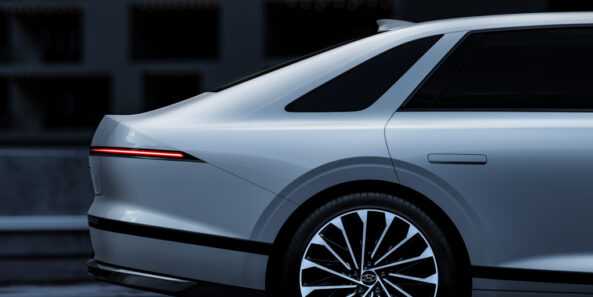 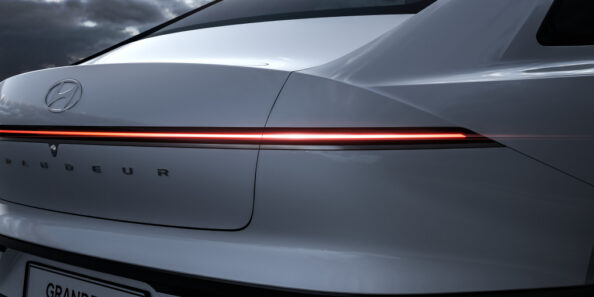 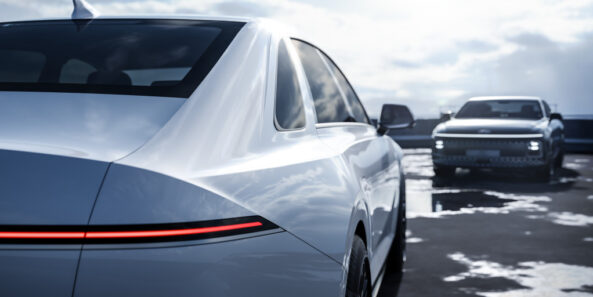