The much anticipated Ioniq 6 EV has finally made its debut as Hyundai has unveiled the latest addition in the brand’s range of fully electric vehicles, joining the Ioniq 5 that made its debut in February 2021. 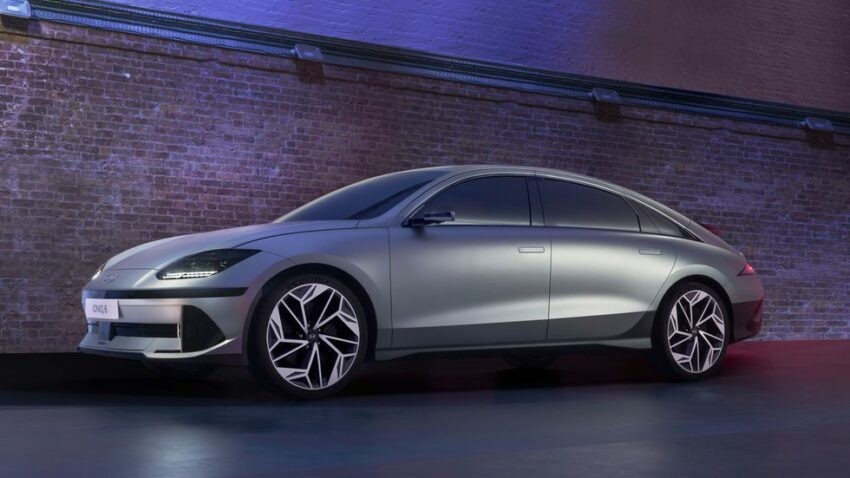 In terms of design the all new Ioniq 6 is poles apart from the Ioniq 5 and stays pretty much connected to the Prophecy concept revealed in March 2020. According to Hyundai design chief SangYup Lee who shared his thoughts regarding the unique design of new Ioniq 6, said he views its vehicles like chess pieces:

“King, queen, bishop, and knight, they all look different and move differently, but they function as a team. While a lot of OEMs create a design and then offer it in different sizes like Russian nesting dolls, Hyundai looks at its customers’ lives. A big family has different needs than Gen Z.”

Adapting “streamliner” aesthetics which helps achieve a drag coefficient of 0.21Cd, which is a key aspect in determining the energy consumption of EVs. The Ioniq 6 also offers the lowest drag coefficient of any Hyundai yet, according to the automaker. The slippery aerodynamic traits come from its single-curve silhouette, as well as features such as the low nose, active front air flaps, wheel gap reducers and the digital side cameras (optional) which take the place of conventional mirrors. 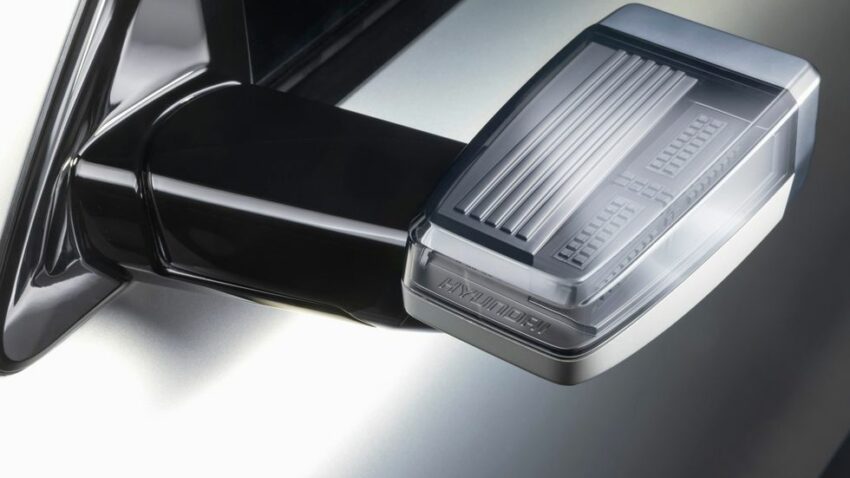 Towards the rear, the deck-lid spoiler resides above the fastback boot which has its own lip. Beneath, the Ioniq 6 also employs a fully covered undercarriage, along with optimized deflectors and a reduced wheel-to-arch gap for smoother airflow. Just like the Ioniq 5, the new Ioniq 6 makes thorough use of Parametric Pixels throughout the car– more than 700 according to Hyundai. These are found in headlamps, rear combination lamps, rear high-mounted stop lamp, front lower sensors, air vent garnishes and the center console inside. 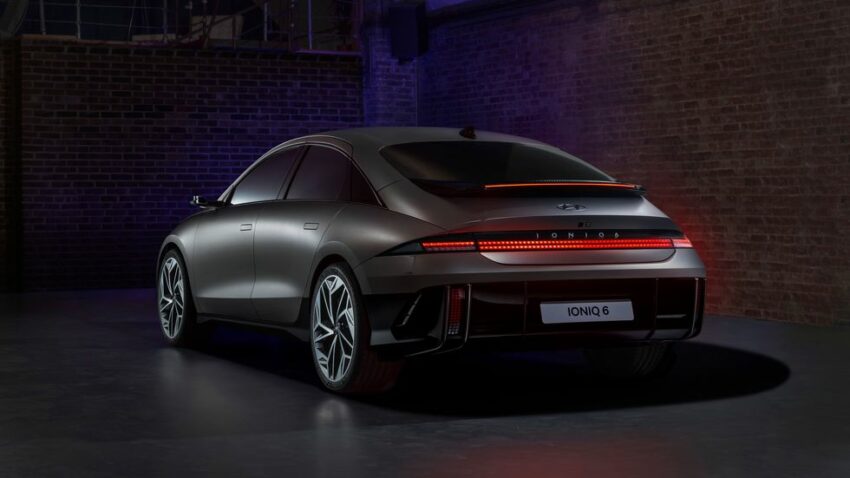 Hyundai calls the Ioniq 6 cabin a “coccoon-shaped interior” intended as a comfortable hideaway and personal space, and the underfloor location of the vehicle’s battery as part of the E-GMP platform that maximizes the legroom and overall spaciousness in the cabin. Design-wise the interior is uncluttered and elegant. No frilly edges, no chrome, no piano black, its just simple and straightforward. When envisioning the interior, Lee and the team were aware of both the interest in newer tech and the usability of it. “We’re pushing to touchscreens, but they can be dangerous when you’re moving,” he says. “So we wanted the right balance.”

Screens and switchgear are kept to a minimum, with a control panel centrally located in the front. A digital dashboard combines a 12-inch touchscreen display and 12-inch digital cluster, while a bridge-type center console provides in-car storage, as well as a deliberately flat surface to place a laptop or tablet when charging. The Ioniq 6 also has 64 colors and 6 dual-color-themed lighting options to ping between. A Speed Sync mode also changes the brightness of the interior lighting based on the vehicle’s speed. 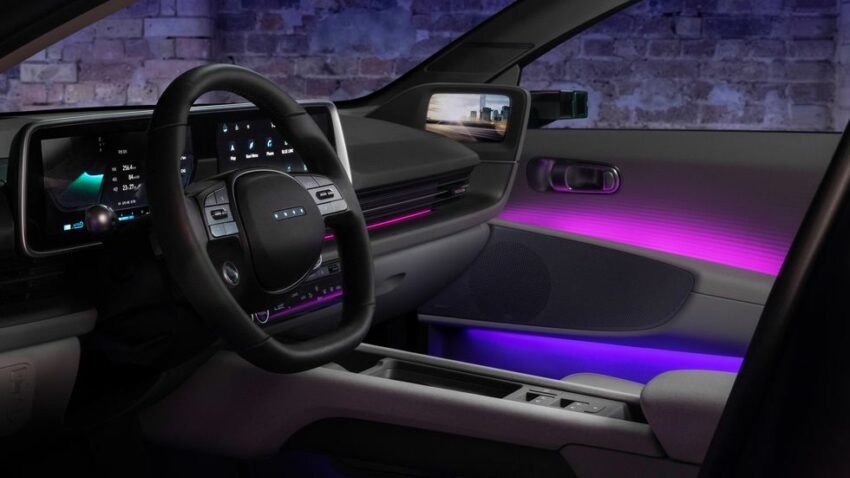 Instead of putting the brand badge on the steering wheel, Hyundai has hidden a four-dot interactive light system under the fabric. This can be used to indicate the car’s level of charge or, like on a smart speaker, show when the car’s digital assistant is listening to your commands or requests. Lastly, the South Korean automaker has focused on eco materials throughout, including using recycled pigment paint. The interior can be trimmed with eco-process leather and recycled PET fabric on the seats, bio TPO skin for the dashboard, bio PET fabric for the headliner, bio paint derived from vegetable oils on the doors, and recycled fishing net carpets.

Hyundai is yet to reveal technical details and full specifications of Ioniq 6 for now, however it says it will do so next month. But as per sources, it might share powertrains with the Ioniq 5 which brings single- and dual-motor configurations for rear- and all-wheel-drive. With the larger, 77.6 kWh battery from the Ioniq 5, the all-new Ioniq 6 is expected to yield a drive range of around 482 km. In terms of performance for reference, the most potent Ioniq 5 in 302 hp/605 Nm guise does 0-100 km/h in 5.2 seconds, and a top speed of 185 km/h.