Last week, South Korean automaker Hyundai teased its newest entry-level crossover called the Venue which will be slotted below the Kona. Now the exterior and interior have partially leaked ahead of its world debut at New York Auto Show 2019, that will open its doors from the 17th of this month.

Up front, there is a large & busy cascading grille flanked by composite headlights on bumpers and separate slim daytime running lights are positioned on the top. The bumper has a noticeable bulge towards the bottom with fog lamp housings and a faux skid plate enhancing the ruggedness of the CUV.

The Venue is squarish at the rear, with tail lamps featuring LED brake lights. The fog light and reverse lamps are positioned separately in the bumper. The model name is inscribed in large letters in the center of the tailgate whereas the license plate holder is mounted at the rear bumper. 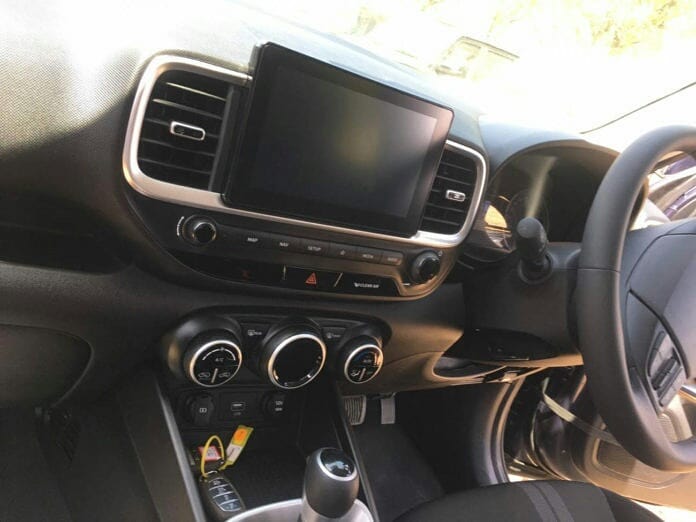 The Venue will reportedly pack a 1.0-liter three-cylinder T-GDI turbocharged engine producing 100 hp and 172 Nm paired to a 7-speed dual-clutch transmission. There will also be a 1.4-liter naturally aspirated petrol and diesel units, both likely mated to a 6-speed manual transmission.

The Hyundai Venue will reportedly go on sale in India next month where it will compete against the likes of Maruti Vitara Brezza, Ford EcoSport, Tata Nexon and Mahindra XUV300.