Pakistan’s automobile market has experienced some rapid developments in recent times, thanks to the Automobile Policy 2016-21 which not only has been able to attract new investment, but has also pushed the existing assemblers to improve their game.

Renault partnered with Al-Futtaim Group has announced to start selling cars in Pakistan by 2018, Dewan is working on to launch Ssangyong branded vehicles and the Tivoli SUV has already been caught testing more than a couple of times. KIA is in talks with Lucky Cement (Yunus Brothers Group) while recently Hyundai’s plans to partner with billionaire Mian Mansha’s Nishat Mills Ltd. to start assembling cars in Pakistan has made quite some headlines as well.

Related: Pak Suzuki Ciaz- The Excitement And The Disappointment

In order to prepare for the upcoming competition, Pak Suzuki decided to introduce the Vitara SUV, have just recently launched the Ciaz sedan while it has announced to officially discontinue the Cultus hatchback and will replace it by Celerio somewhere towards the end of this year.

Honda Atlas on the other hand is busy reaping profits of the success of 10th generation Civic, however the company is on the verge of launching the 7-seater Honda BRV SUV in Pakistan. Indus Motors have recently launched new Hilux Revo & Fortuner and there are unconfirmed reports of a possible Corolla facelift launch towards the end of this year. However, apart from newly launched Suzuki Ciaz, everything that has been offered so far is priced well above PKR 2.5 million.

The launch of Ciaz sedan by Pak Suzuki is definitely going to create problems for both Toyota & Honda since it will directly affect their market share in the segment. This may well push Atlas Honda to launch the much awaited 6th gen City in the market. However, Toyota may consider launching the Vios, the car which was primarily developed for the emerging markets and is meant to compete with the likes of Suzuki Ciaz & Honda City.

Couple of years ago there were reports about a possible Vios launch in Pakistan, to replace the 1.3 liter Corolla Xli. Few cars were spotted testing too but since then nothing has progressed. The Vios with a 1.3 liter engine placed below the Corolla range can be a very good addition in our market and can give Toyota an edge in the lower displacement sedan segment.

Pakistan is probably the only country where a 1.3 liter Corolla is offered, everywhere else it’s 1.5L & above while the Vios has taken the 1.3L-1.5L slot long ago. It will be interesting to see if Toyota Indus plans to continue the 1.3 liter Corolla variants when the 11th gen Corolla facelift arrives, or they pit the Vios against the Ciaz and City. 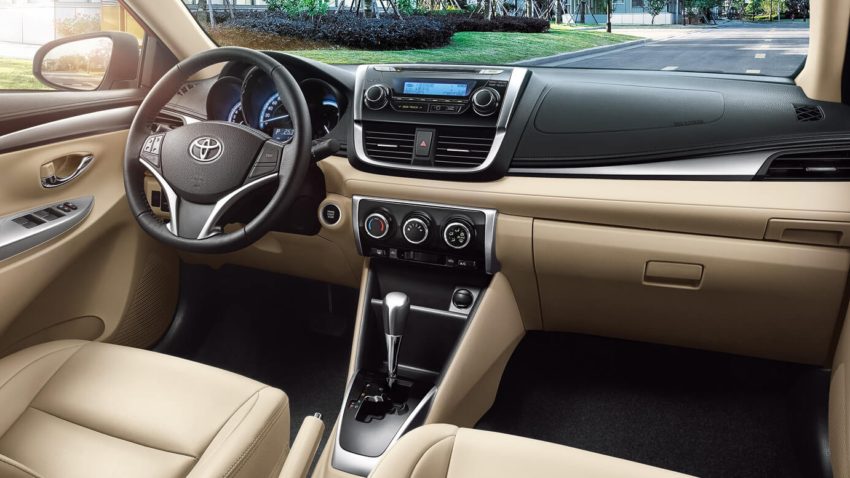 The Vios is considered as one of the most successful vehicles in its class with global sales already exceeding 1.5 million units. It is one of those cars which can become a huge success in our country, and like other Asian regions will give a tough competition to its arch rival Honda City & off course the Suzuki Ciaz.