Iran’s largest car manufacturer the IKCO (Iran Khodro Company) has unveiled its first all-electric car that will see its commercial launch in March 2023. The model unveiled at IKCO’s headquarters in western Tehran is a full EV version of the company’s Tara sedan. 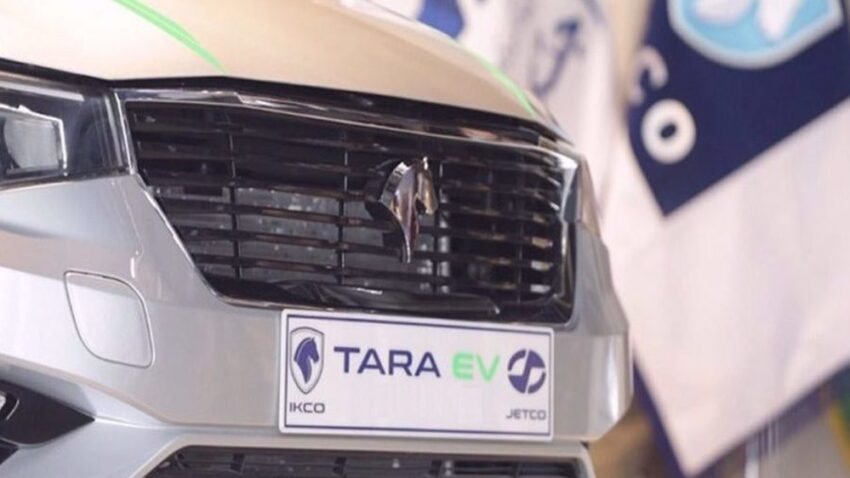 The model has been designed and developed by IKCO’s technology arm Jetco. It will be equipped with a 45 kWh battery pack and will be able to travel 300 kilometers on a full charge. Jetco’s CEO Davud Esmailpour said 15 Iranian companies have been involved in the project to design and develop the all-electric Tara which he said will be the first EV to reach mass production in Iran. 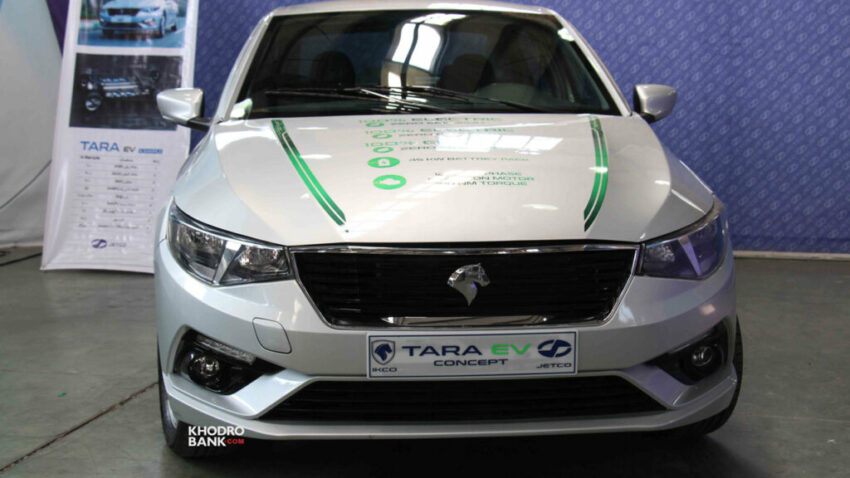 Esmailpour said the car has been developed based on the reverse engineering of one of the models of the American company Tesla, adding that the car is currently undergoing tests in Germany and Spain. He added that all parts used in the car will be sourced from domestic manufactures except for battery cells which he said could also be produced by Iranian battery makers in case enough investment is provided to the project.

Related: Saipa Shahin to Go on Sale in Iran this Year

According to Iranian media reports, IKCO plans to manufacture 5,000 units of Tara EV in the first year of production. The reports say IKCO aims to attract enough government support for supplying the cars to municipal bodies controlling taxi fleets in the Iranian cities. 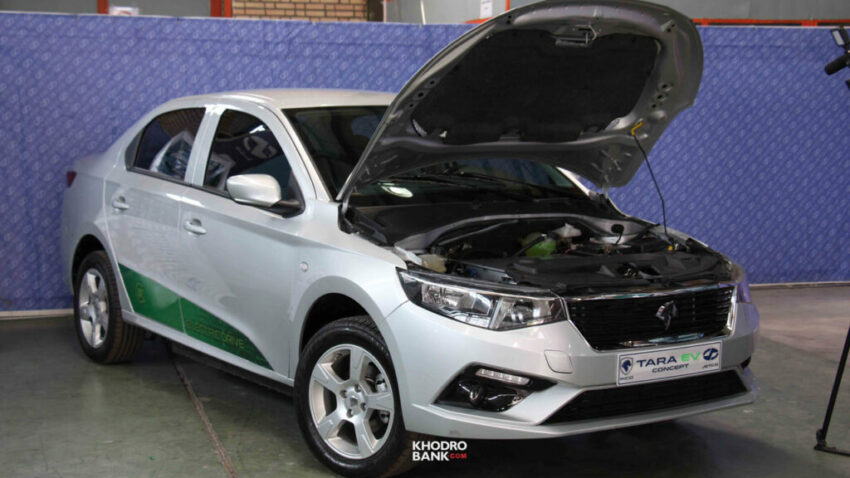 The Iranian government has offered more support to the home-grown automotive sector in the country in recent years to help it tackle the impacts of US sanctions. Experts say the support has clearly paid off as carmakers have continued to unveil new models in recent years while being able to maintain their output at levels seen before the sanctions were imposed on Iran in 2018.