Al-Haj FAW introduced the 1.3L V2 hatchback in Pakistan as CBU import back in September 2015. Later in August 2017, the local assembled V2 units started to roll off the assembly lines. Despite being an affordable & value for money hatchback, the V2 hasn’t been able to do well in recent times as it was doing a couple of years ago.

In a market where people are more obsessed with brand name & resale, it’s quite hard for any newcomer to establish its presence here, at least what we have seen during the past 2 decades. However FAW V2 despite having a Chinese origin was able to do much better than the previously available cars from China, but now it seems as if the car has started to lose its charm & is just being dragged. Let’s look at what factors are hindering the true success of FAW V2 in our market. 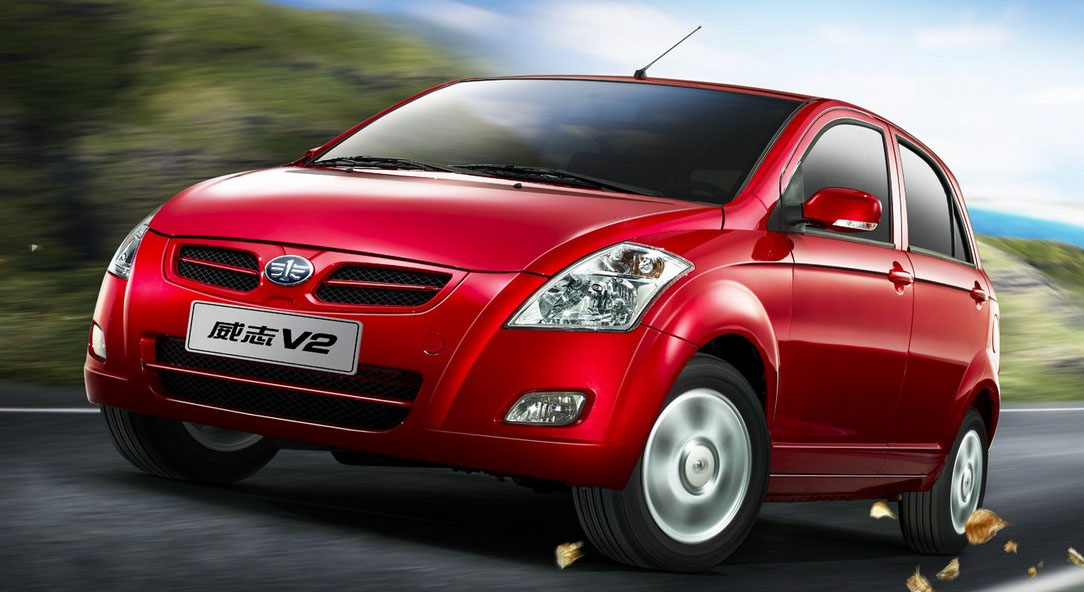 FAW V2 was introduced in Pakistan in September 2015 against a price tag of PKR 10.49 lac. For a fully equipped 1.3L hatchback the price tag was very catchy, as for the sake of comparison the old MK-II Suzuki Cultus 1.0L, which was already in its 15th year in our market was priced at PKR 10.64 lac back then, not to mention it lacked basics like power steering & was deprived of safety equipment while being based on 20 years old technology.

The Wagon-R was just a year old in our market & in the absence of ride-hailing mania in 2015, was struggling to make sales against a price tag of PKR 11.19 lac for the fully loaded VXL version which missed out airbags, 4-power windows and other stuff. The Swift which was supposed to be a direct competitor to V2 in terms of being a similar-sized 1.3L hatchback, was priced around PKR 13.8 lac back then but despite being a better car overall, it missed out on safety equipment such as airbags.

Considering this, the FAW V2 not only was the cheapest car in terms of price but was the most equipped one among the available options. So the road was open for V2 to grab the success and would have vended like hot cakes, but it didn’t.

The Looks- The Hindrance 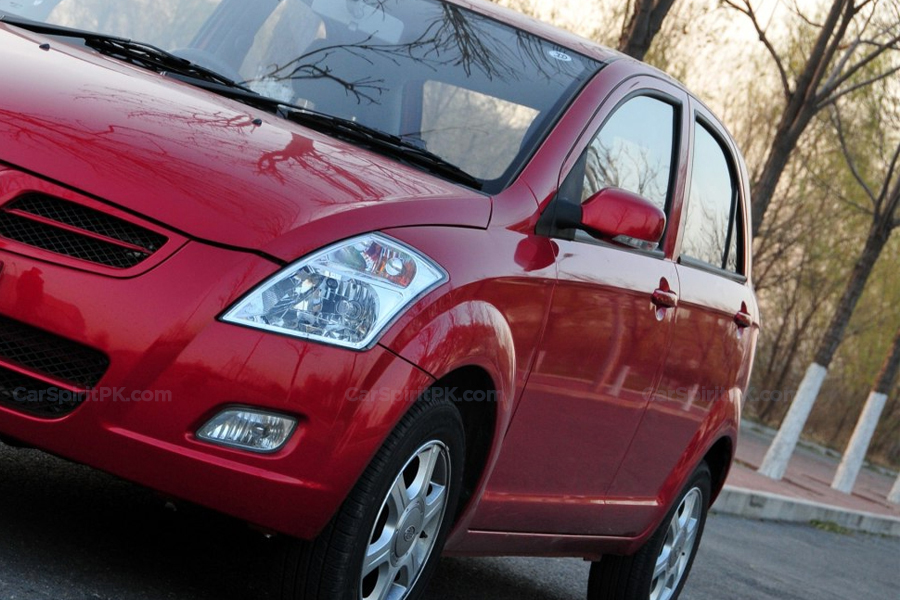 Today Chinese automakers are rolling out exceptionally good looking cars primarily because they have hired world-famous designers to pen down their vehicles & create a unique design language that’s mature and inventive. However in case of V2 it was designed in a time when Chinese had just stopped carbon-copying international designs, and had started to design the cars by themselves– means penned down by Chinese designers.

So the looks weren’t appealing to most as it missed a unified design language. Same was the case when you stepped inside the car. The interior was sort of a disappointment in terms of design although the materials used as well as seating position & space was quite impressive.

Looks Aside- Smaller Engine was Always a Demand Keeping aside the looks, let’s admit the fact that 1.3L hatchbacks don’t sell good in our market. The Swift despite being a Suzuki-badged & an award-winning product of its time sells at an average of less than 300 units a month. Due to tax structure as well as higher fuel consumption people are always reluctant to opt for hatchbacks with this bigger engine (as per our market standards). So a smaller engine was always a need.

Al-Haj FAW kept telling us that 1.0L V2 will arrive soon. Potential buyers kept waiting for the said version but unfortunately it never arrived. Hilal Khan Afridi, the CEO of Al-Haj FAW Motors, while talking to Business Recorders in August 2016 had said:

“It (V2) has a big engine: 1.3L but the car is small in size (same as Swift or Vitz but bigger than WagonR and Cultus) and competes with multiple products from Suzuki. Currently we are selling it in 1.3L engine but we plan to launch 1000 cc locally, so we will have two variants.”

But even after so many years, the 1.0L hatchback was never introduced despite a huge demand in the market. Interestingly FAW does have a 1,000cc engine deployed in similar vehicles back in its home market but the said engine, the 1.0 liter CA3GA2+ which is a 12 valve 3 cylinder fuel injected unit, was never considered to be deployed in V2 for Pakistani market.

Same was the case with the automatic transmission which was a huge demand from consumers, and is something in addition to fuel consumption that has made people opt for small Japanese hatchbacks in large numbers. 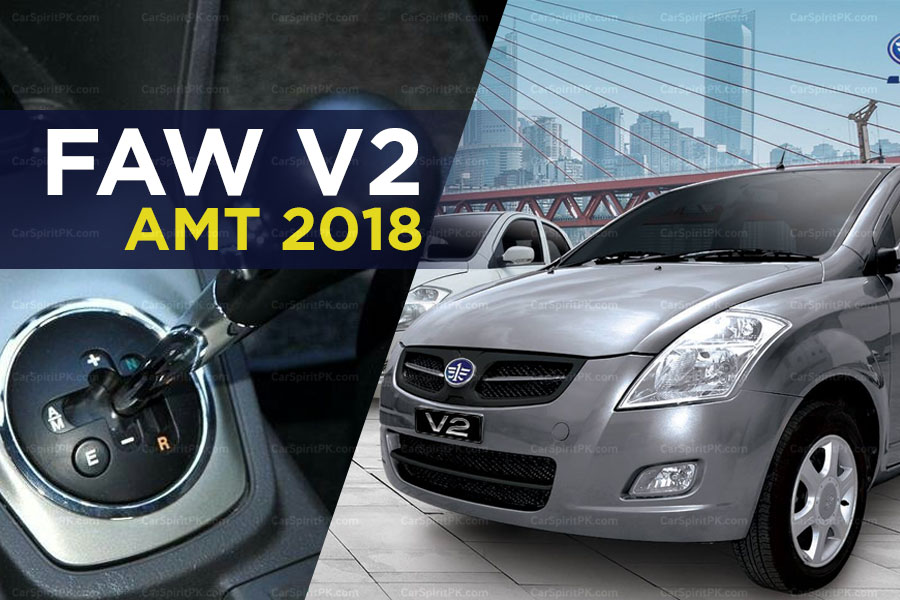 Al-Haj again made claims regarding introduction of an AMT version in 2018, since the V2 was available with an AMT automatic gearbox back in Chinese market, but the company later ditched the idea of introducing automatic transmission for whatever reasons. 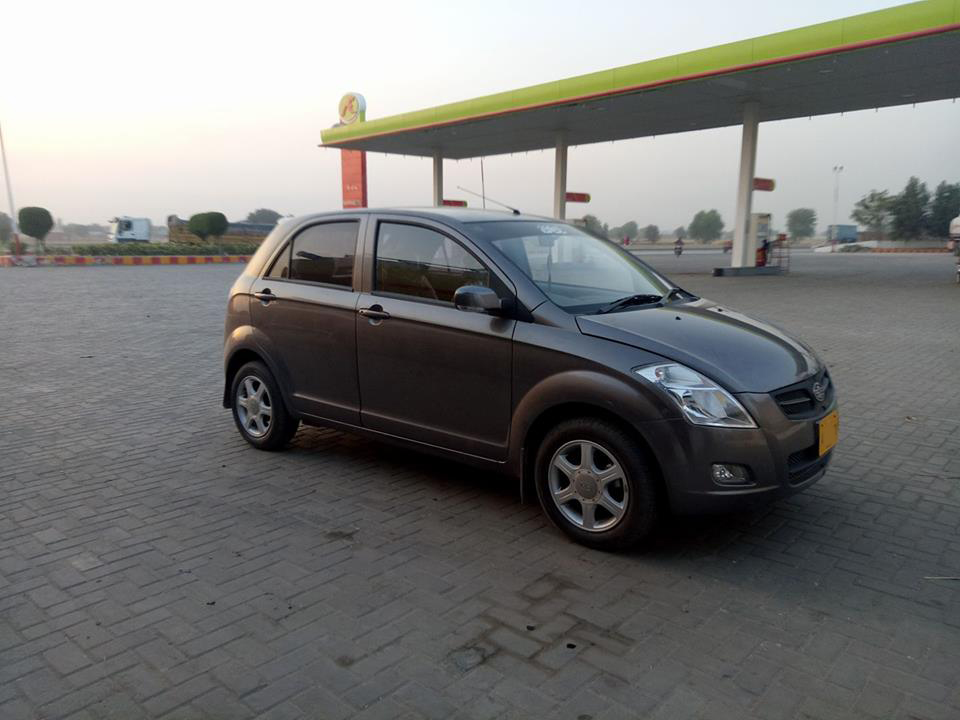 Improvements Were There But Needed More!!

The company did introduce some improvements adhering to customers’ response. The wind noise issue which was reported by the owners of the imported batch of V2 was rectified to a great extent in the local assembled versions with added door insulations. Even the owners of the imported V2 units were offered the installation of these rubber insulations free of cost, which was a good gesture by the company. 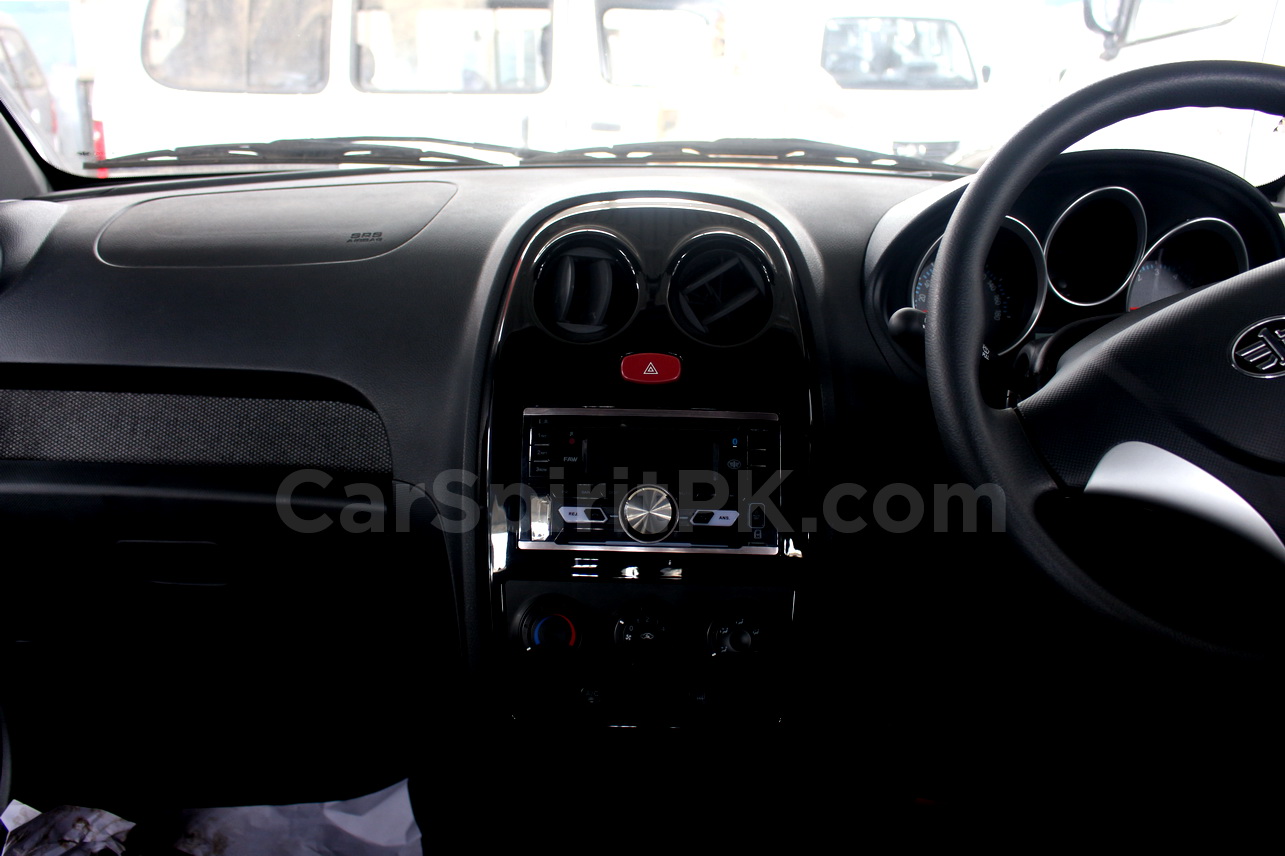 Then based on customer feedback, a darker interior color tone was introduced in 2018 since the light grey color was prone to get dirty quite easily and looked a bit dull. Then the headlight/ indicator and wiper stalk were swapped back to their conventional locations. As opposed to what we are used to, the V2 had the wiper stalk on the right hand side of the steering assembly whereas the headlight & indicators stalk on the left. Acknowledging the customers’ feedback, Al-Haj got these stalks back in their true places. 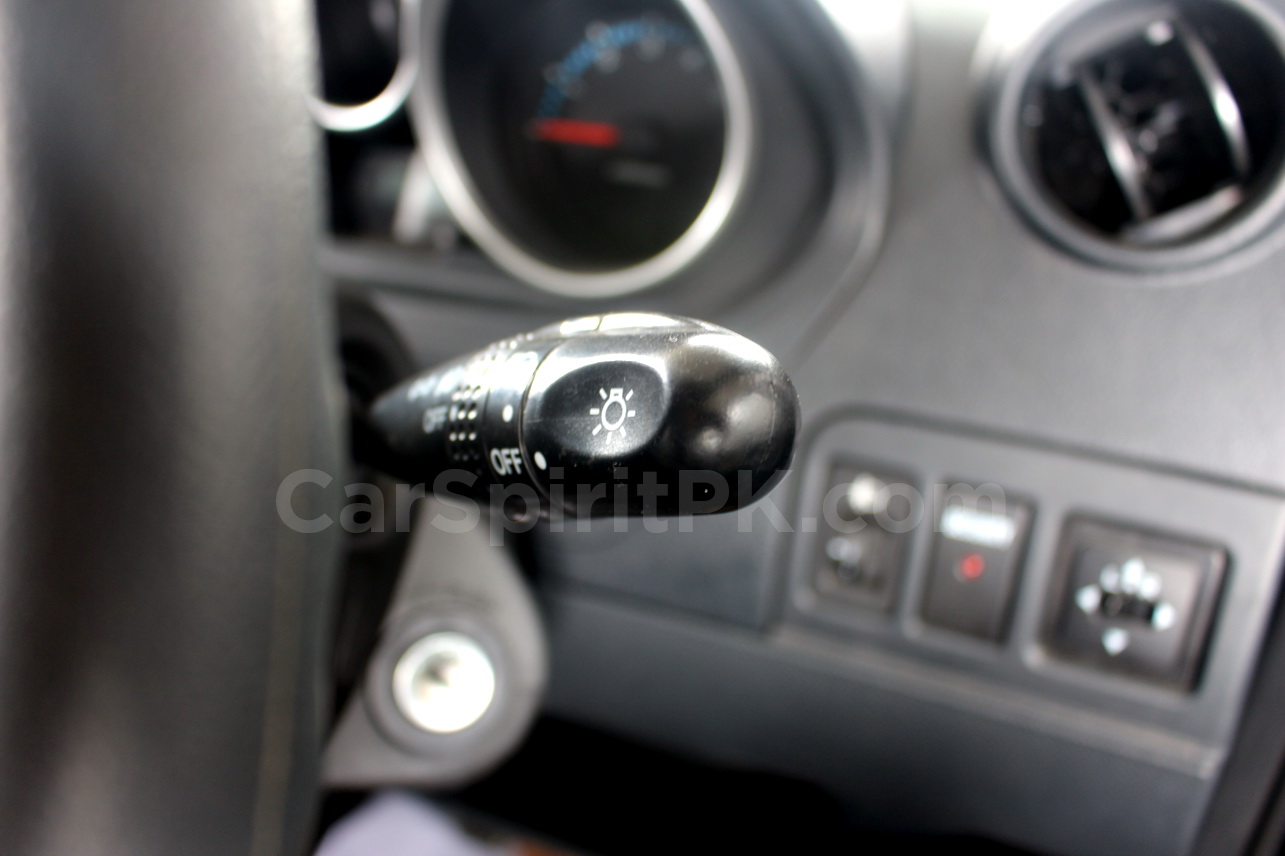 However in order to win more customers you can’t just rely on these small improvements. Like we said earlier, the biggest hindrance in V2’s sales has been the lack of trim levels and engine & transmission options. Automakers around the world offer various trims of a single car in order to cater to diversified consumer preferences. This simply gives buyers more reasons to go for a specific car. There is obviously a reason why cars around the world are offered with more than a dozen trims.

And let’s not look anywhere else, take highly successful Toyota Corolla for example which was available here in 3 engines, multiple transmissions and at least 10 different trims, enabling buyers to choose from a diverse range of options rather than to compromise preferences in opting for a singular package. Plus a lot more could have been done in order to make it attractive, such as the introduction of V2 Cross, which is technically same vehicle but aesthetically different from the regular V2. And since crossovers have become a craze lately, the V2 Cross if launched could have gripped quite a large number of car buyers.

Another thing is the age factor. Known as a derivative of 1st generation Toyota Vitz, the V2 was actually based on Toyota’s NBC (New Basic Car) platform and its development dates back to 2008. Its first appearance in sedan form was at the 2008 Beijing Auto Show when the car was displayed as concept under the codename TFC-M1. 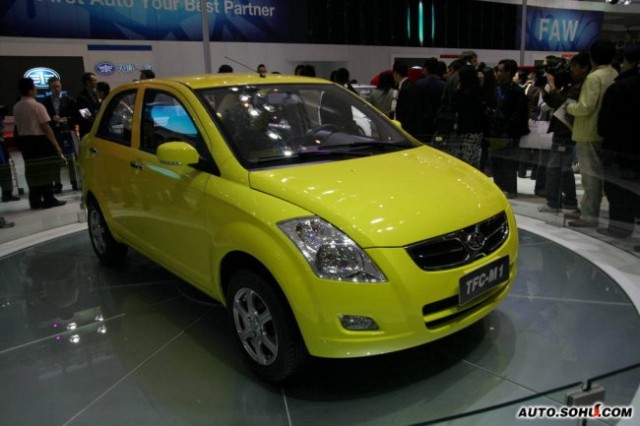 By 2009, the car was already spotted testing on Chinese soil in both sedan & hatchback forms, with sedan designated as V2, while the hatchback called as V1. However later FAW decided to altogether ditch the V2 sedan and renamed the V1 hatchback as V2. In 2010, FAW released the first official pictures of the V2 hatchback. The car made its debut at the 2010 Chengdu Auto Show and was officially launched soon after. 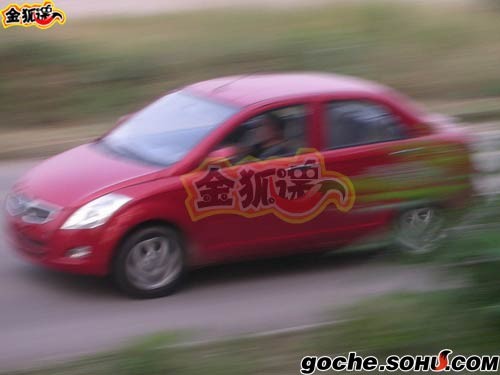 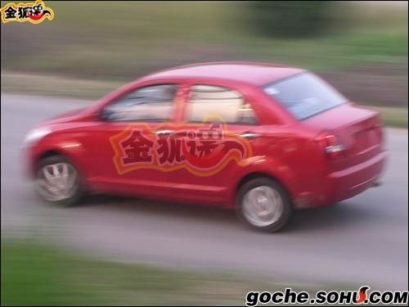 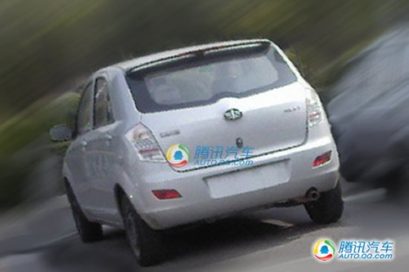 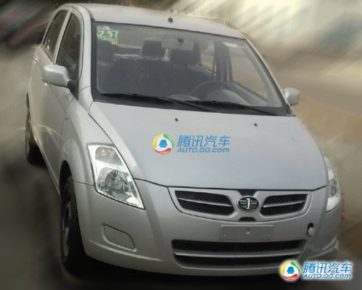 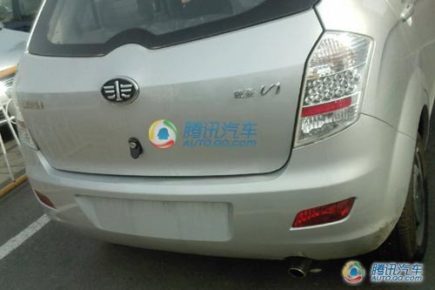 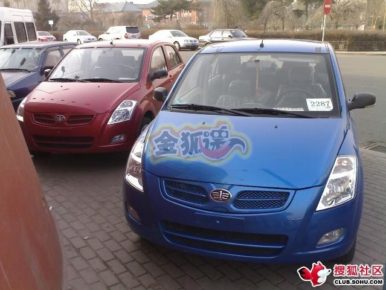 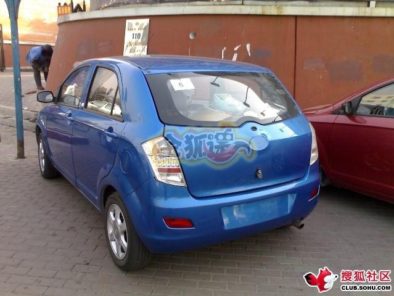 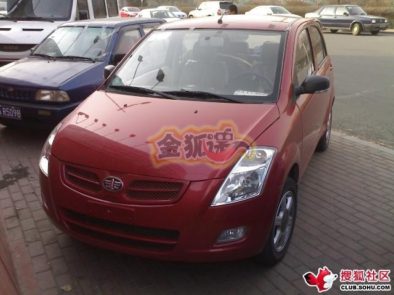 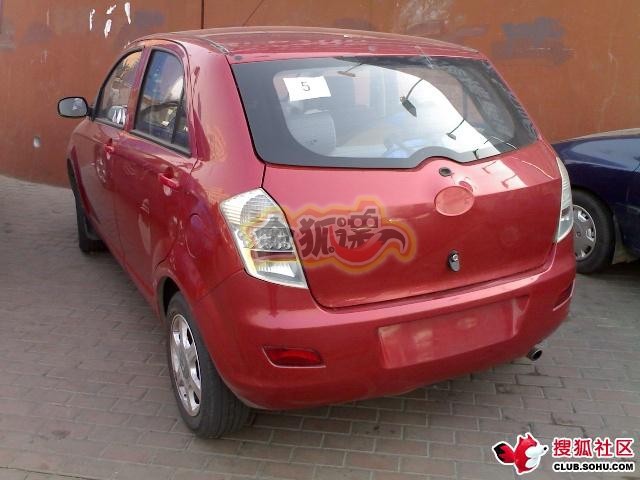 FAW V1 hatchback and V2 sedan during the development phase

However after completing 6 years of its life, the V2 was discontinued in China in 2016 but remained available for sale in export markets. The car has a good presence in some right-hand drive markets too, such as South Africa where V2 along with Sirius 7-seat MPV have been doing much better than they do here in Pakistan.

But now since the car is no longer available for sale in its home market, technical innovations or aesthetic enhancements can’t be anticipated anymore. It’s more like an ‘as is’ package that’s more dependent on its fortune rather than its potential.

Still the Best Value for Money Hatchback in Pakistan

We at CarSpiritPK have written a lot about FAW V2 in past, more than any other portal in Pakistan. It sure happens to be among the safest local assembled hatchbacks, it has the best power-to-weight ratio, has a powerful & cleaner Euro-IV tech engine under its hood, is better equipped, has the longest wheelbase (among competitors) which results in a spacious interior and offers best in class luggage volume, comes with a 3 years/ 60,000km warranty and is backed by company’s nationwide 3S support.

But being neutral as we always strive to be, we believe it’s now time for some major improvements in FAW V2. It’s already almost 6 years that the car has existed in our market and more than 3 years since the presence of local assembled versions, time is now ticking fast and with presence of newer, modern and fuel efficient options available around, the V2 needs a thorough overhaul to keep it alive in the market. The company has been rolling out new colors in order to make it attractive but sadly it looks as if the colors are the only lifeline for FAW V2 at Al-Haj’s arsenal. They need a lot more than just new colors in order to keep the car selling in good numbers. 6 years is generally a period when an automaker bids farewell to a model and replaces it with a new one in international markets, however the practice of dragging models for a prolonged period of time isn’t something unfamiliar as per our auto industry norms.

Related: 5 Things About FAW V2 You Might Not Know

For how long Al-Haj will continue with the same V2 remains unknown, but we will have to wait to see if an upgrade or a replacement is there in the pipeline or if the car will go on to compete with the 5th gen Honda City in terms of its prolonged & unchanged lifespan.