Is It Game Over for Pak Suzuki Alto?

Pak Suzuki launched the 8th gen Alto 660cc in June 2019 as a replacement of the entry level 800cc Mehran which was originally the 2nd generation of Alto hatchback. Despite the auto industry facing extreme slowdown, the Alto 660cc quickly went on to become the bestselling car of the country.

Although Pak Suzuki increased the prices of Alto up to three times within just 6 months of its launch, its sales continued to escalate. In September 2019, the Alto 660cc broke Pak Suzuki’s highest-ever monthly sales record by registering sales of 4,924 units surpassing the previously held record of Suzuki Mehran which was 4,684 units in a month. However since the beginning of this calendar year, the craze of new Alto is seemingly subdued.

Alto was the only Pak Suzuki vehicle in recent times that was selling in decent numbers, keeping the company up & running during the recent market slowdown, however the sales of Alto now look as dismal as the rest of the lineup. All in all, Pak Suzuki saw 49% decline in vehicle sales with 65,815 units sold during the fiscal year 2019-20, as opposed to 130,002 units sold in FY2018-19. 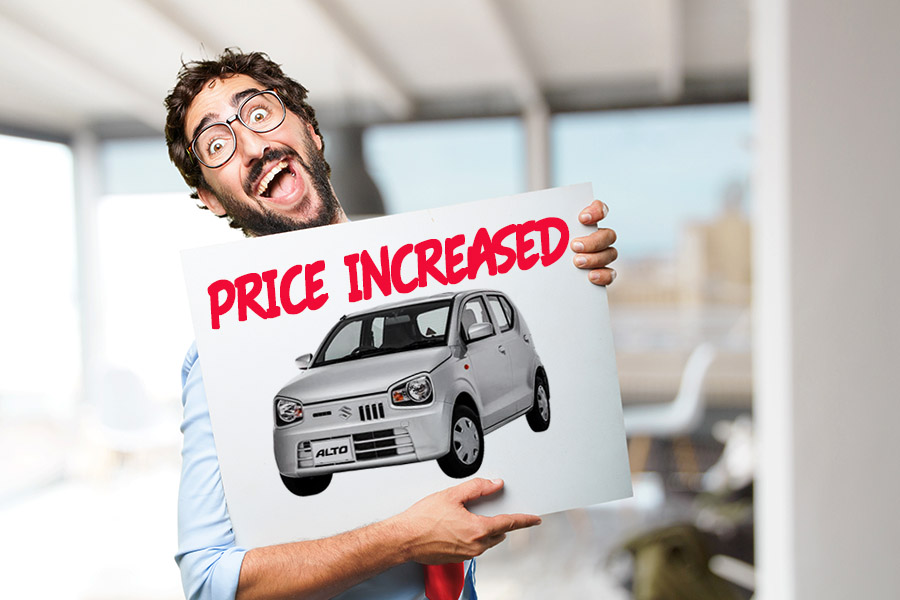 It is largely believed that the Alto sales stood high due to thousands of pre-bookings the company collected prior to the launch without having the need to display the vehicle. Now with booked units already delivered, the ballooned demand of Alto is coming back to normal. However one of the major reasons for such a massive decline in sales is the price hike which no one really seems to be discussing about. Having already made multiple price hikes within the first couple of months of its launch, Pak Suzuki announced a substantial price increase on all of its models in December 2019 including the Alto, the prices of which were revised by 90,000 for the VXR and 80,000 for the VXL AGS trim. And recently even the price of base model Alto VX has been pushed up by Rs 63,000.

With an exact Rs 200,000 difference between each trim, the Suzuki Alto range in Pakistan is currently priced at:

In order to reinvigorate the dropping sales, Pak Suzuki has been offering various schemes such as ‘Free Registration’ and ‘1 Year Free Maintenance’ with the purchase of Alto. Whether such offers will be able to lure buyers back to purchasing the Alto, we will have to wait to find out. However a price reduction will certainly bring much effective results, the move which unfortunately is not under consideration of any local assembler.

Want to share your thoughts on this, let us know with the comments.