The latest generation of Isuzu D-Max has been doing exceptionally well in terms of sales in markets where its offered. Known as the rival of world famous Toyota Hilux, the new D-Max has been creating problems for its counterpart ever since the 3rd generation debuted in late 2019.

In its first year of presence in Thailand, the 3rd gen D-Max outsold Toyota Hilux to become the highest selling pickup truck of 2020. And even today the Hilux despite getting blessed with a through facelift in mid 2020 with mechanical & engine upgrades is unable to create any problems for the new Isuzu D-Max. Latest data from Thailand’s reputed motoring portal HeadLightMag shows that in June 2022 the D-Max topped the charts yet again for 6th consecutive month with 17,076 units followed by 11,175 units of Toyota Hilux Revo. There hasn’t been a single month so far in calendar year 2022 where Hilux was able to outpace the D-Max in Thai market.

So far between January and June 2022, Isuzu D-Max has witnessed sales of 92,344 units in Thailand with Hilux at the second place by bagging 75,766 units. Sales of 3rd gen D-Max stands 22% higher than that of Hilux Revo. Keep in mind the competition in pickup truck segment in Thailand is mainly between the Hilux and D-Max. If you see the sales chart below, the rest of the contenders are nowhere even near to the sales figures of the above mentioned two.

The new 3rd gen Isuzu D-MAX boasts visual as well as mechanical upgrades compared to the out-gone model we have here, which as Isuzu says are intended to make it more efficient & safer with improved driving dynamics. The new D-MAX has been able to attain full 5-star crash test rating from ASEAN NCAP, ANCAP as well as EuroNCAP testifying its superior safety standards. 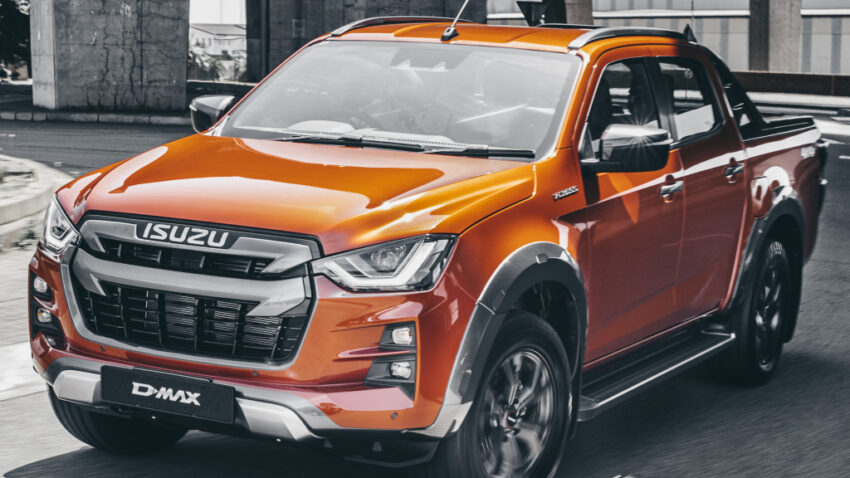