We have earlier published an article about the Isuzu D-Max attaining it’s highest-ever market share against the Toyota Hilux, which has long dominated the pickup truck segment in Pakistan.

Introduced in November 2018, the Isuzu D-Max was initially selling just a handful of units and was of no threat to the Toyota Hilux range of pickups. It recorded its lowest ever sales with just 15 units in November 2019 & then the very next month broke its own lowest-sales record by selling only 14 units in December 2019.

However by the end of fiscal year 2019-20 the market share of D-Max was increased to 14.9%. In June 2020 alone, Ghandhara sold 207 units of D-Max which was the highest-ever monthly sales it achieved since its introduction. In comparison Toyota Hilux saw just 438 units leaving the showrooms. This resulted in a highest-ever 35.1% market share for Isuzu D-Max in a month against the Hilux.

Now since the beginning of fiscal year 2020-21, the D-Max seems to have lost its plot again. After recording its highest ever sales in a month in June 2020, Isuzu D-Max suffered from a whopping 81% decline from 207 to just 40 units in July 2020, and then suffered from a further 45% decline with just 22 units sold in August. In comparison the Toyota Hilux saw 486 and 614 units sold in July and August respectively, with a total tally of 1,100 units in the first two months of this fiscal year. On the other hand Isuzu D-Max shows a sorry figure of just 62 units in these 2 months with its market share reduced to just 5.6% from a rather impressive 35.1% recorded a couple of months ago.

The blow to the sales is most likely caused by the latest 7.5% FED added on the double cabin 4×4 vehicles in Financial Budget 2020-21 which has resulted in a dramatic increase in prices of Isuzu D-Max double cabin 4×4 variants. Below will give you an idea of the price difference:

According to the Federal Minister for Industries and Production Hammad Azhar, these vehicles were originally intended for commercial purposes but are largely used as status symbol in the country because of which the FED has been imposed.

When launched, the top-spec Isuzu D-Max was Rs 700,000 cheaper than the equivalent Hilux Revo variant. However today, the price difference between the two is just Rs 81,000 as the top-spec Hilux Revo V variant costs Rs 7,041,000. Interestingly during the last 13 months prices of Isuzu D-Max V-Cross variants were increased by 43% whereas the Hilux Revo saw an increase of up to 13%. Furthermore the Hilux even when going out of the reach of masses enjoy government sector sales which remains a plus point for Toyota. 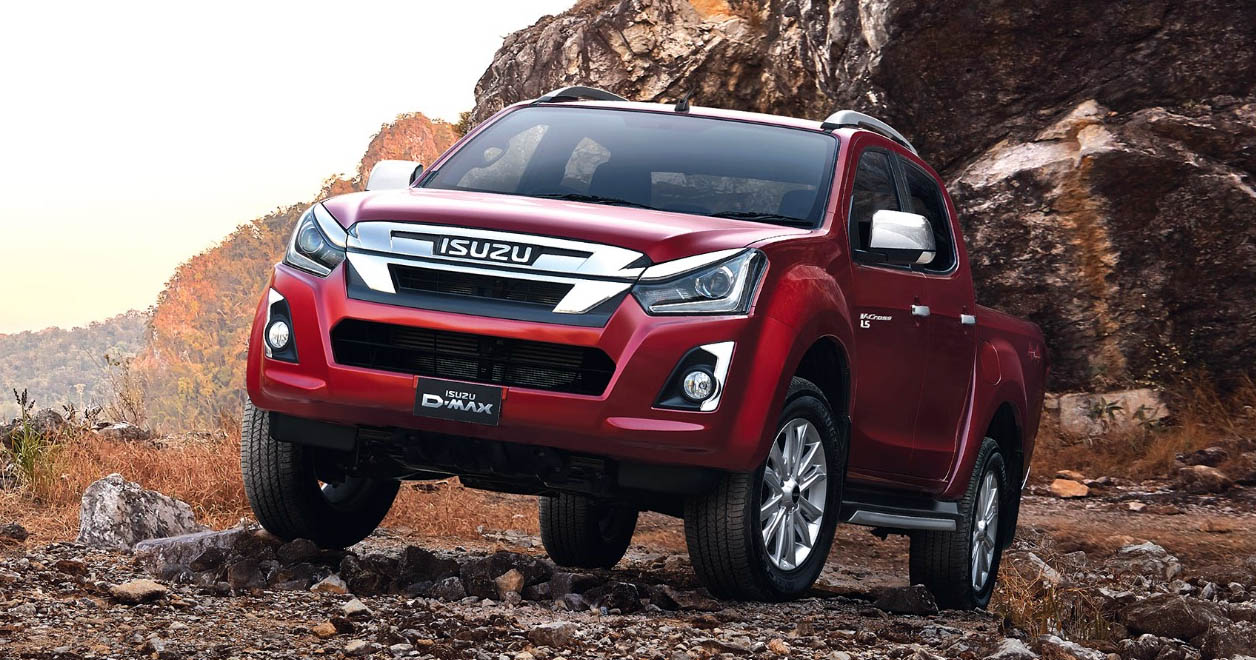 With just 20 odd units a month, the road isn’t going to be easy for Isuzu D-Max in Pakistan despite it being a very capable vehicle. Perhaps Ghandhara would need to reduce the prices in order to make it attractive for the buyers again. What is your take on the declining sales of Isuzu D-Max in Pakistan, let us know with your comments.