Javed Afridi’s never ending spell of teasers continue, now teasing the MG RX8 mentioning that the “legend will be here in your town soon” while asking his followers for price suggestions.

This isn’t the first time Javed Afridi has used his social handles to hype about MG cars. With millions of fan followers on Twitter and Facebook, Javed Afridi has already teased various cars including MG3 hatchback, MG5 and MG6 sedans, the Gloster SUV, Extender pickup and various other electric vehicles while engaging his audience asking for price suggestions. However MG Pakistan has so far only introduced the HS and ZS crossovers and will soon introduce the ZS EV electric vehicle in our market.

MG RX8 THE LEGEND WILL BE HERE IN YOUR TOWN SOON. pic.twitter.com/tToY5CA7mE

Also this isn’t the first time Javed Afridi has teased the MG RX8, in fact on the 9th December 2020 he already made a pictorial tweet about the RX8 with himself in the vehicle.

These tweets unfortunately have now started to lose their impact, as they are treated more for entertainment rather than anything concrete. So teasing the RX8 doesn’t necessarily means its going to be introduced in Pakistan. Although being a ladder-frame mid-sized SUV and a true 4×4, it may compete directly against the Toyota Fortuner and can give competition to the likes of Kia Sorento and Hyundai Santa Fe, the latter being scheduled for local assembling pretty soon. 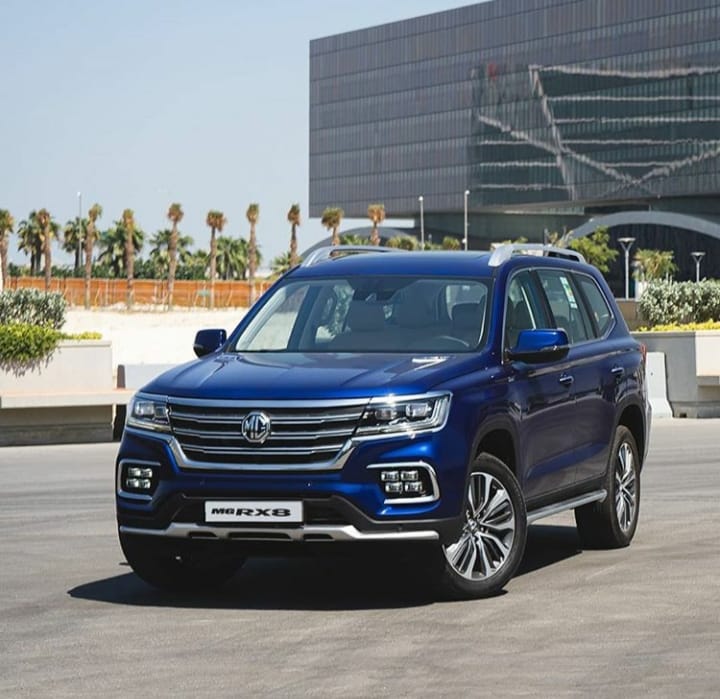 Under the hood, the MG RX8 gets powered by a 2.0L turbocharged petrol engine that develops 224 hp of power and 350 Nm of torque and comes paired to a 6-speed automatic gearbox. Although sources say MG will tap every possible segment of the market thanks to its diverse portfolio, when and which cars will actually make their way here remains unknown at this stage. MG’s plant in Pakistan was recently completed and has already started test production of the HS crossover.

Related: MG has Delivered 3,000+ Units to its Customers

The new Auto Policy 2021-26 saw reduction in taxes with prices of locally assembled vehicles coming down. The government is also encouraging people to opt for small cars by introducing financing facilities primarily aimed towards 1000cc & below cars. It would be interesting whether MG will consider bringing in affordable cars for the masses or remain indulged with premium offerings targeted towards those with strong purchase power.