Joylong E6- A Toyota HiAce Rip-Off with an Electric Twist

The Joylong A-series is a series of light commercial van produced since 2009 by the Chinese automobile manufacturer Jiangte Joylong Automobile. The company has now launched an all-electric called the Joylong E6 which is already available in export markets such as Australia. Not surprisingly, its a blatant copy of 5th generation Toyota HiAce van that was produced between 2004 and 2019.

The design similarities between the Joylong and the Toyota HiAce are more than evident, with the cab-over vans looking almost identical. In fact, the only difference we can spot is the slightly more aggressive angle of the headlights, the grille and the slightly different taillights, plus the Joylong is available with two different bumper designs. 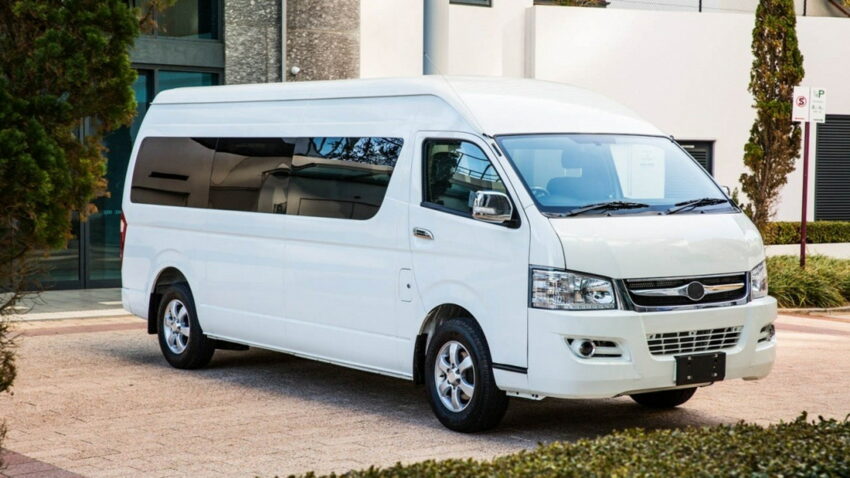 You might be wondering that Joylong had some sort of an agreement for licensing the design since the parts look interchangeable. However, according to Wikipedia, Joylong has never worked with Toyota, unlike other Chinese automakers who are indeed producing and selling rebadged HiAce vans, some of such examples already exist in our market. It seems however, Toyota doesn’t care anymore, having sold so so many units of the fifth-gen HiAce (H200) since 2004 & now done with it already. 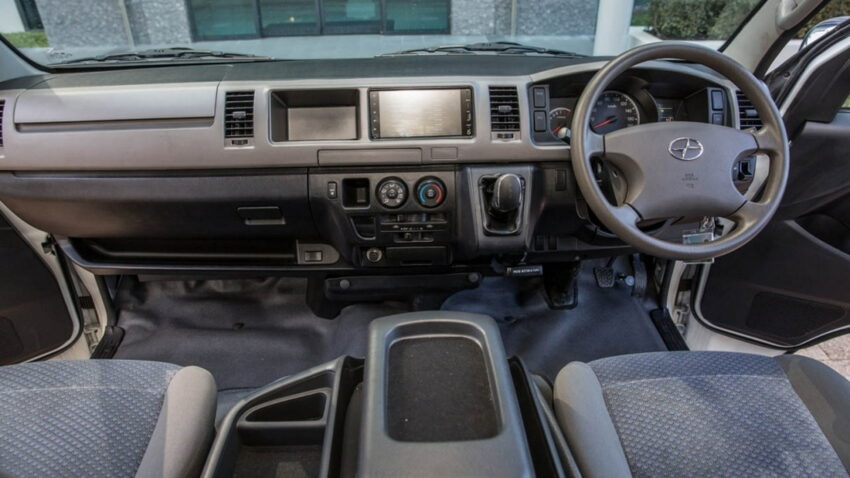 The Joylong E6 measures 5,990 mm long, 1,880 mm wide, and 2,320 mm tall, with a stretched wheelbase of 3,720 mm. It is available in 12-seater and 14-seater configurations. Like exterior, the interior of E6 is also a blatant copy of the HiAce, apart from the logo of course. Standard equipment includes an infotainment touchscreen, a reversing camera, independent front and rear air-conditioning, electrically deployable side steps, foldable rear seats, and a 6-speaker sound system. Safety equipment consist of front airbags, ABS, EBD, and disc brakes.

Related: How American is the Rinco Aria EV?

The E6 comes fitted with an electric motor producing 80 hp (60 kW) of power and up to 382 Nm of torque, with power transmitted to the rear axle. The 86.1 kWh liquid-cooled battery has a claimed range of 300 km in the urban cycle, and 280 km on the highway with a full load. Joylonng says that the battery pack is positioned low in the center, which makes “cornering a lot safer than in a normal bus”. Charging takes 5 hours using a 20 amp circuit and less than 4 hours when using a 32 amp circuit. 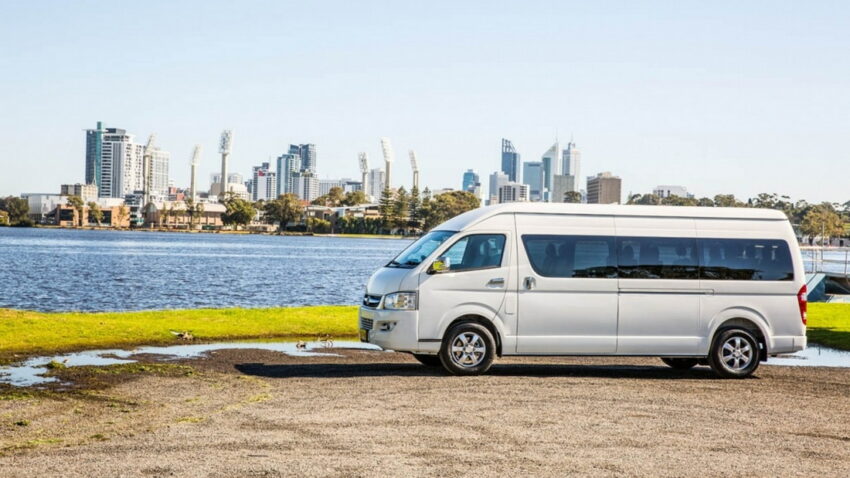 In Australia, the price of Joylong E6 start from $90,000 AUD (PKR 1.28 crore). The electric van is produced in the Jiangsu Province in China, but according to the company it has been thoroughly tested on Australian soil.