After making its debut in India, the new Kia Carens MPV has been launched in Indonesia during the ongoing Gaikindo Indonesia International Auto Show (GIIAS). Built on a stretched version of the Seltos platform, the Carens three-row 7-seater is primarily aimed at emerging markets. 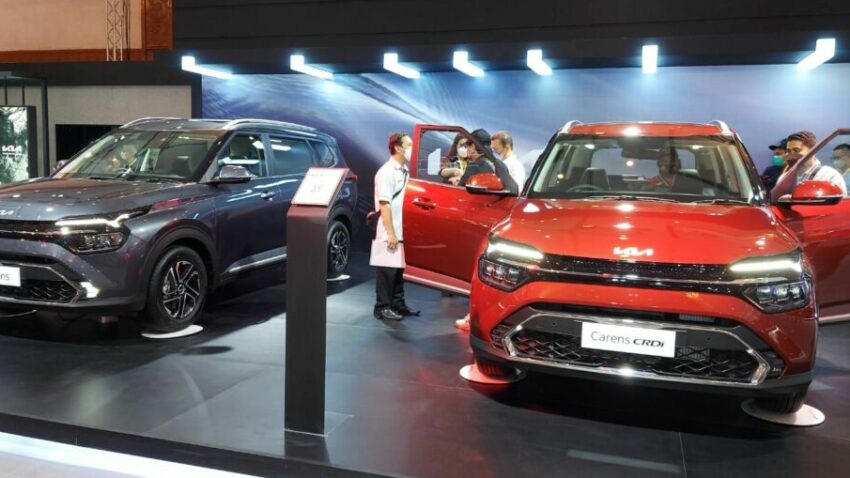 The 1.5MPI Premiere gets the Smartstream Gamma II 1.5L naturally aspirated four-cylinder engine with 114 hp and 144 Nm and is paired to a CVT gearbox which Kia calls as Intelligent Variable Transmission (IVT). The 1.4T Premiere is powered by a Kappa 1.4L turbocharged four-cylinder engine that delivers 140 hp and 242 Nm. Power is sent to the front wheels through a 7-speed dual-clutch transmission. Both variants come with a drive mode selector with three options (Sport, Eco and Normal).

The basic variant have 7-seats with 2+3+2 seating configuration whereas the top-spec variant gets captain seats in the second row making them 6-seaters with 2+2+2 seating layout. All variants come with 16-inch alloy wheels, multi-reflector LED headlamps, LED DRLs, LED fog lamps, LED taillights, power-folding side mirrors as well as a powered sunroof as standard. 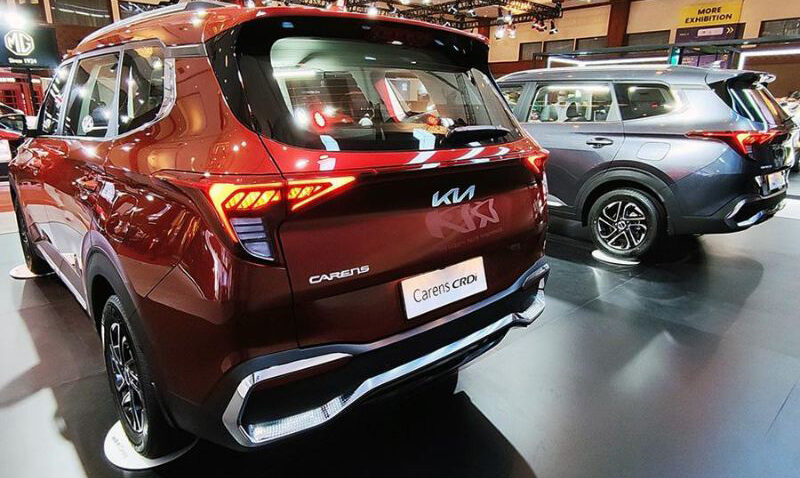 The Carens also boasts sophisticated suspension setup featuring MacPherson struts at the front and a multi-link setup at the rear, compared to its rivals including Honda BR-V, Mitsubishi Xpander and Toyota Veloz/ Avanza all of which get torsion beam as rear suspension. 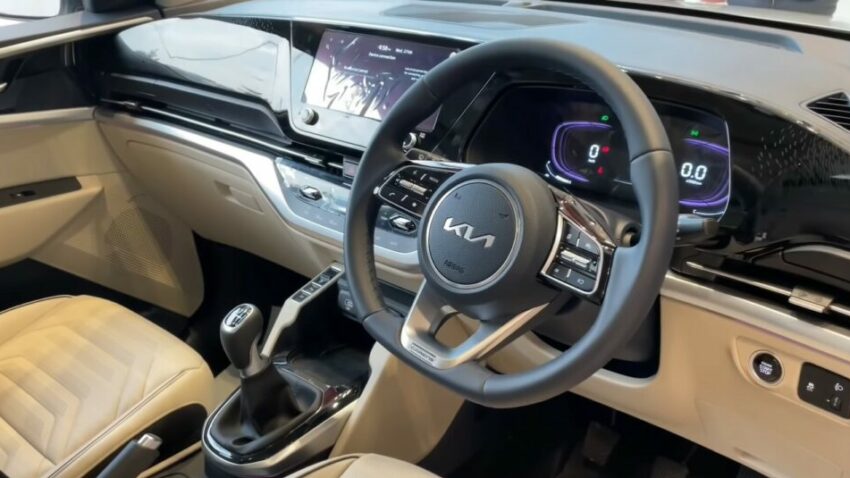 In terms of safety, 6 airbags are offered as standard, along with a range of passive systems like ESC, ABS, EBD, brake assist, hill start assist, downhill descent control, tire pressure monitoring system as well as front and rear parking sensors. Other features include key-less entry and remote engine start, and cruise control.