After a never-ending series of spy shots, speculative renderings and videos of camouflaged test mules, Kia has finally teased the next generation Sportage ahead of its full design unveil which is expected to take place on 8th June 2021.

As previously seen with the renderings, the teaser images shows us a front end that’s dominated by a large grille with C-shaped daytime running light signatures. The rear features prominent shoulders over the rear arches that flow into the taillights, with a full-width LED. Kia has also teased the new Sportage’s interior, revealing that the dashboard will feature a vast curved display for both the digital instruments and the central infotainment system. It’s likely to be the same set-up as used in the new Hyundai Tucson, making use of two 10.25-inch displays. 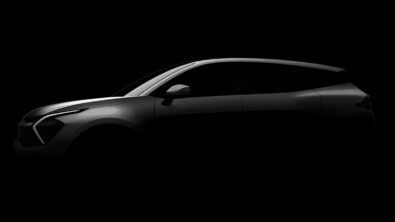 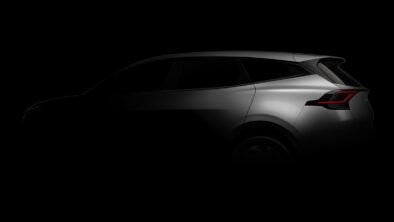 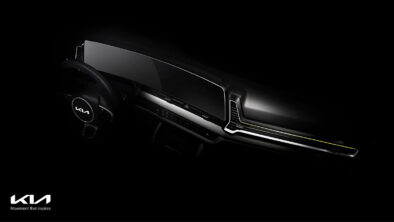 Official teaser images of the all new Kia Sportage

“Taking inspiration from an ethos we created where nature meets technology, the all-new Sportage challenges the norm with an adventurous and contemporary exterior and a carefully conceived, beautifully detailed interior. With the new Sportage, we didn’t simply want to take one step forward, but rather move to a completely different level within the SUV class.”

As with the current Sportage, the next generation model will also share much with the new Tucson, including its fundamental mechanical layout, powertrain options, the safety assist systems and its in-car tech. The Sportage will also get a hybrid option for the first time and will be available with both long- & short-wheelbase versions just like the new Tucson.

Furthermore as per information, the all-new 5th generation Sportage is likely to offer configurable suspension, thanks to the option of adaptive dampers. Also on the cards is a semi-autonomous driving system, allowing the Sportage to accelerate, brake and steer in lanes for short periods before needing intervention from the driver.