KIA Rio- All You Need to Know

An agreement between KIA-Lucky Motors and the Ministry of Industries and Production was signed in Islamabad recently according to which production of KIA branded light commercial and passenger vehicles will take place under Automotive Development Policy 2016-2021.

The company will invest $ 115 million for setting up an automobile assembly plant in Karachi that will produce a wide range of commercial and passenger vehicles. Although the manufacturing and assembling facilities will be functional in the year 2019, KIA vehicles will be available for purchase to car buyers in Pakistan as the company will start importing cars in 2018. As per sources, KIA-Lucky will be marketing one-ton trucks (most likely the K-series) and passenger vehicles including Picanto & Rio hatchback, Sportage SUV & Carnival MPV.

The Rio is a subcompact car available in both sedan and hatchback forms produced since August 2000. The second generation Rio was launched in Pakistan just before Dewan went bankrupt hence the sedan never saw success in Pakistan. Currently the Rio is in its fourth generation that was unveiled at Paris Motor Show late last year.

The new Rio has a completely new look, an updated front end styling with a slimmer and wider grille, flanked by ‘bi-function’ lights, longer bonnet and front overhang. There are new creases, a thinner C-pillar and a more truncated bottom.

Making use of the extra chassis length is a re-designed rear torsion bar and independent front suspension, which Kia reckons give the new car “greater driving appeal, with more agile and immediate handling, while improving ride comfort”. 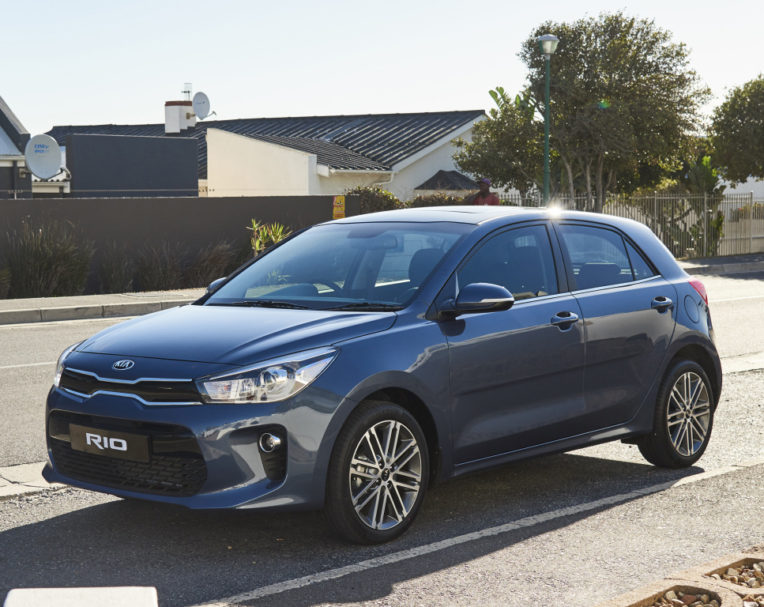 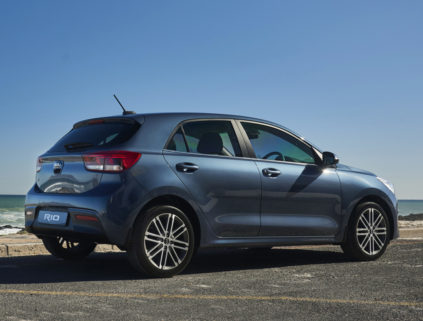 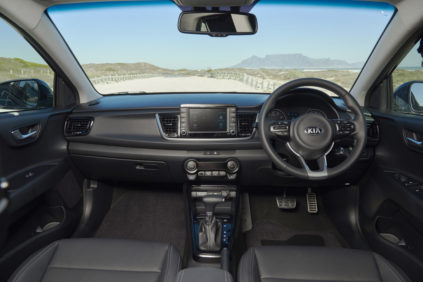 The 4th gen Rio is available with an array of engine options in different markets across the globe. Ranging from a 1.0 liter turbocharged Kappa engine, 1.2 liter Kappa, 1.4 liter Gamma, 1.6 liter Gamma to a 1.4 liter U-line TCI turbo diesel engine.

The Rio has been spotted in hatchback form quite a few times already as KIA-Lucky vehicles are being locally tested however no information regarding the engines is available as of yet. Most likely either a 1.2 liter Kappa or 1.4 liter Gamma engine will be introduced in Pakistan. Bear in mind the Gamma engines were developed in 2010 & of a relatively older technology as compared to Kappa engines which are modern, lighter and more fuel efficient. 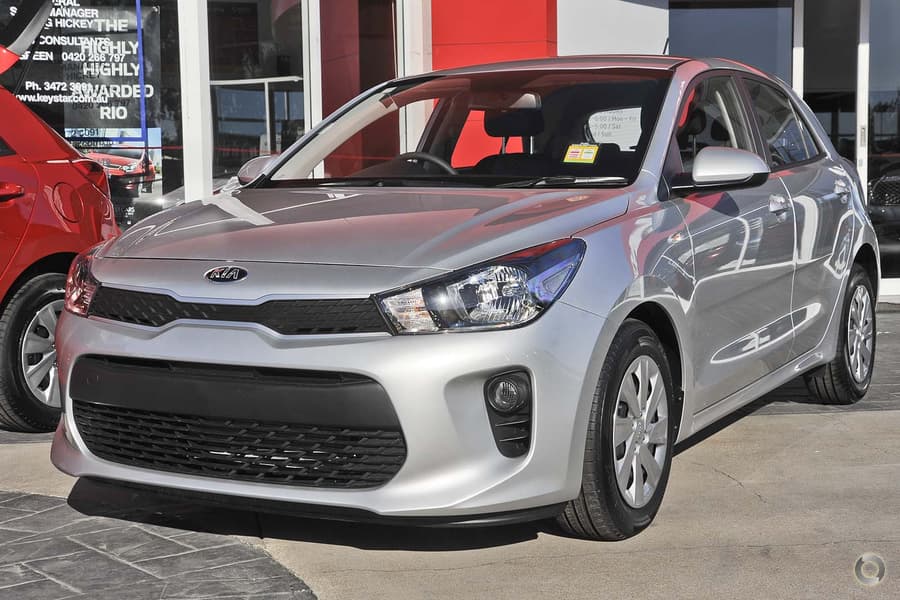 Dimension-wise the Rio hatchback is bigger than the Swift in terms of length & width but stands slightly shorter in height. The Rio has a bigger wheelbase too, compared to that of Swift.

Just a few months of launch, the 4th generation Rio has already won the 2017 Red Dot Award for Passenger Car Design and the 2017 iF Design Award for a Disciplined Product. The Rio (also known as K2 in China) was KIA’s best selling model worldwide in 2012 and 2015.

With the kind of vehicles KIA is producing globally these days, it’s safe to say that Toyota, Honda and Suzuki will be facing some serious competition from the South Korean manufacturer. The new KIA Rio has got all the potential to become a successful option in Pakistani market, however a lot depends on price & after sales support. If priced sensibly backed by proper after sales support, the Rio will surely become successful in our market and trigger the beginning of a healthy competition.