More than 3 years after its debut, the Kia Stinger has now received its first facelift, with the South Korean automaker releasing the first photos of the refreshed sporty fastback. The Stinger facelift is set to go on sale in its home market during the third quarter of 2020 before making its way to other markets.

So far Kia has only released the new visuals, with other details including powertrains and equipment upgrades to be revealed later on. The upgrades include new headlight design with multifaceted reflector LED headlamps and unique quad LED daytime running lights slightly slanting in towards the center of the car on each side. 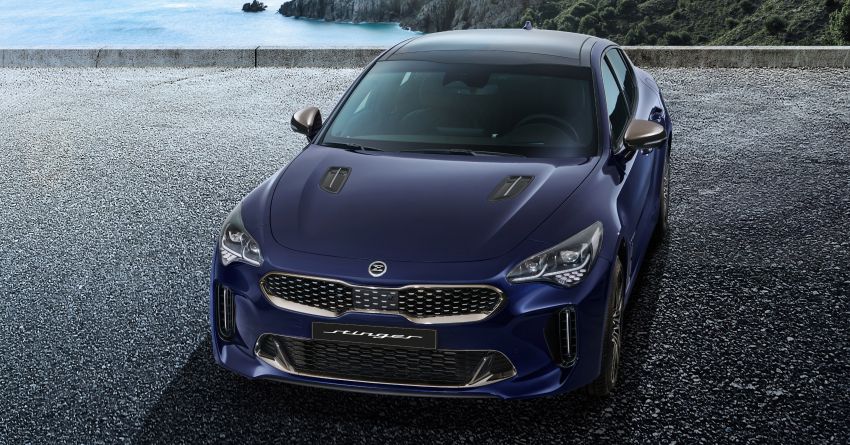 The taillights are probably the biggest deviation from the existing Stinger, with full-width LED lighting and new LED turn signals that more closely match to those at the front. For high-end Stinger GT trims, the rear diffuser has been enlarged to look more muscular on the rear bumper, and larger, wide-bore exhaust tips are integrated into the diffuser. Kia has tried to make the new wheel designs a little more modern and intricate for the Stinger facelift which are available across the range in both 18-inch and 19-inch sizes. 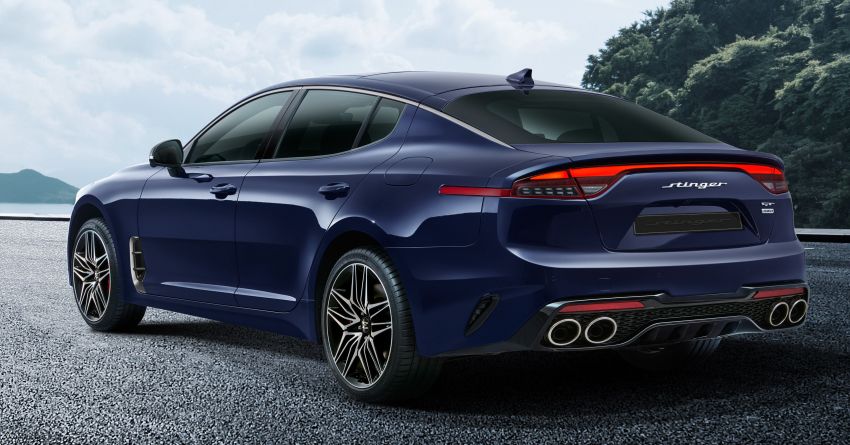 Depending on the market, the Stinger will also be available in an optional “Dark Package” which adds a glossy black diffuser surround, black exhaust tips, a black Stinger badge, unique 19-inch matte black wheels, black rear wing on the trunk lid, and blacked out mirror caps and vent trim. Kia also claims to be adding a new exterior color to the Stinger facelift, but hasn’t mentioned which color that will be. 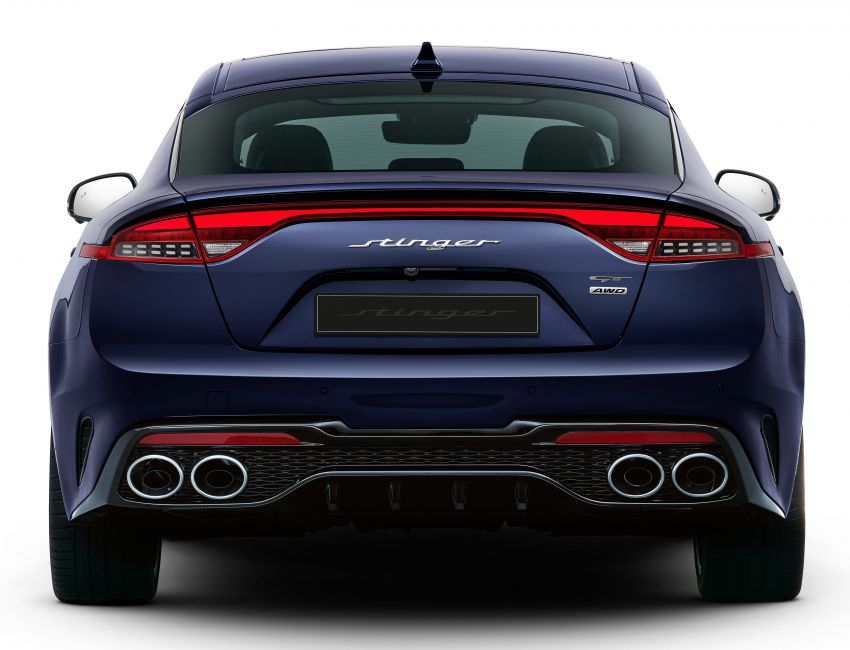 Inside, the 2021 Kia Stinger facelift has subtle changes throughout, including a metallic finish on the flat-bottomed steering wheel in place of the gloss black from before, and that same finish has been added around the existing 7-inch center screen between the analog gauges. Another interior upgrade is the 10.25-inch central infotainment screen, replacing the previous 8-inch unit. The interior ambient lighting has also been upgraded to allow 64 colors, up from the original 6 in the current Stinger, and there is additional ambient lighting on the upper dashboard now. The rearview mirror has also been updated to a trendy frameless style. 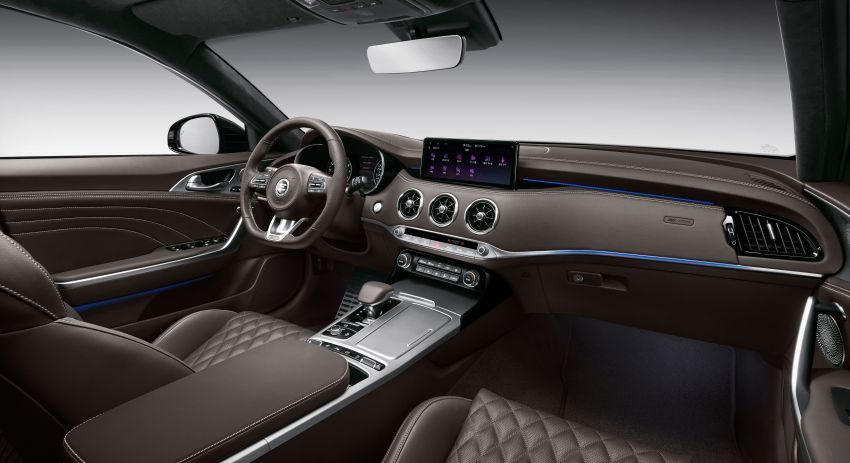 The seats have been upgraded to a diamond quilted pattern on Stingers equipped with Nappa leather, which is available in brown, black, red, or beige color options. There is also a cool new seating option that provides you black suede seats with red patterned stitching. The dashboard also features stitching that enhances the look of the airbag cover in front of the passenger seat, and the interior front and rear door panels now feature three stitched character lines which dip down into the window controls at the front of the doors.

As mentioned above, Kia hasn’t released the powertrain information at this stage so it’s hard to say at this stage whether the new Stinger facelift will be getting upgraded engines or not. Stinger currently comes equipped with a 2.0 liter Theta-II turbocharged four-cylinder engine with 252hp and 353Nm as well as a 2.2 liter R-Line turbodiesel four-cylinder unit rated at 199 hp and 441 Nm. The range topping variant gets 3.3 liter Lambda-II twin-turbo V6 which churns out a staggering 365hp of power and 510Nm of torque. All engines are paired to an 8-speed automatic, along with a choice of RWD (rear wheel drive) or AWD (all wheel drive).