One of the most popular cars in the current Honda lineup, the Civic Type R, has been transformed into a life-size LEGO model ahead of the much anticipated ‘LEGO® MASTERS’ show airing on Australia’s Channel Nine from 28th April.

The passionate team behind the creation, led by global expert Ryan McNaught – LEGO® Certified Professional –  used more than 320,000 LEGO® bricks in the build and took over 1,300 hours with a team of 9 people assembling each brick by hand. 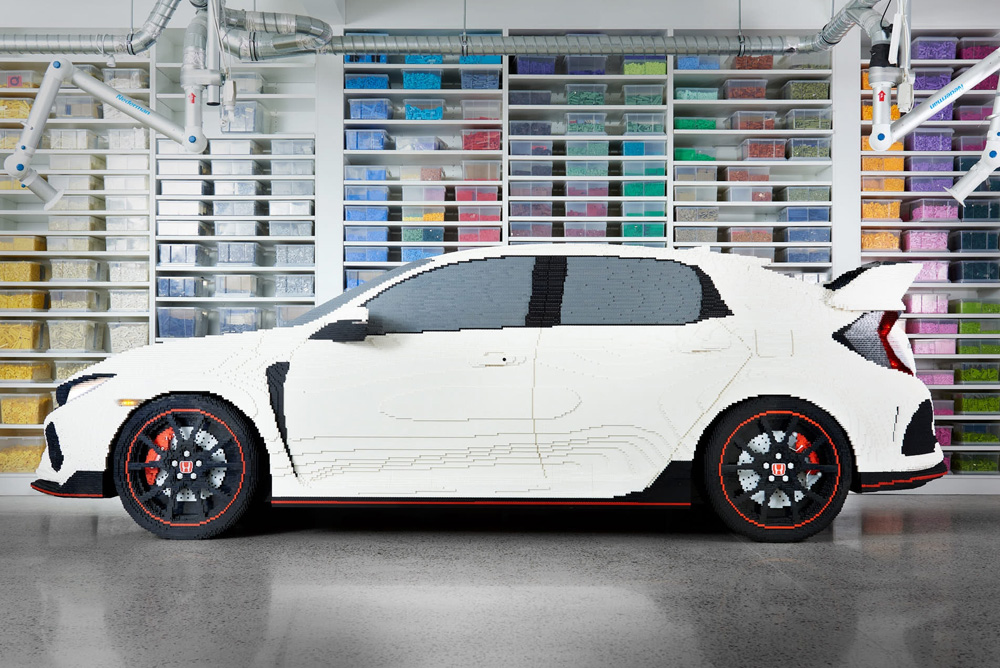 McNaught expressed some exciting but technical challenges in building the Type R due to the unique shape and design of the vehicle – elements that attract award recognition worldwide.

“We’ve loved the challenge of this project. The car is shaped with a considerable amount of curved lines, making it a tough but interesting build. From the working lights and indicators to intricate LEGO® Honda logos, the detail on the model has been a fun one for us to work on.”

A steel frame supports the structure of LEGO bricks, all glued together and is built completely by stock standard pieces.  The car ‘comes to life’ with the help of an iPad which turns on the headlights, DRLs, fog lights, hazard lights, brake and reversing lights. 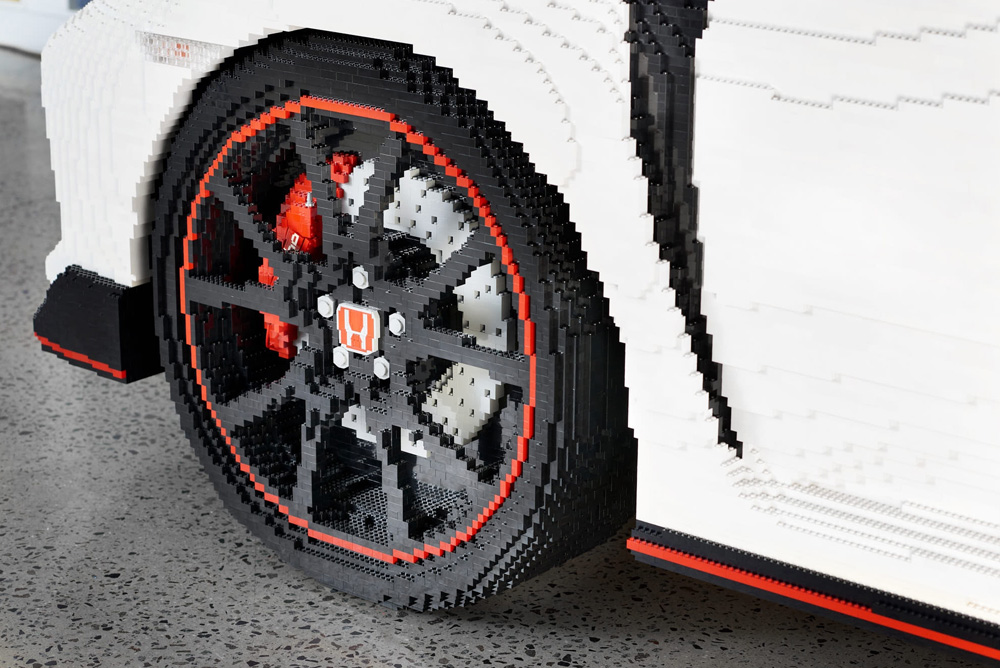 The LEGO car was built from the ground up, layer by layer. The most challenging elements of the build were the window wipers due to their fragility, and the back spoiler which needed structure to allow it to float. The impressive build celebrates Honda’s support of the upcoming show LEGO® MASTERS, which will see 8 pairs of LEGO fanatics fight it out in a high intensity building competition.

“Honda is a company that is all about creativity and innovation so it’s great to support a family show that mirrors these ideals so well.  Through LEGO® MASTERS we’ll see some of the dreams of the contestants, and also fans, come to life – we’re proud to be helping drive that.”

The multi award-winning Civic Type R was the ideal choice of the Honda Australia range to build due to its challenging lines which lends themselves to one of the most rewarding driving experiences in the hot hatch segment. The LEGO Civic Type R will be making appearances across Australia over the coming months. 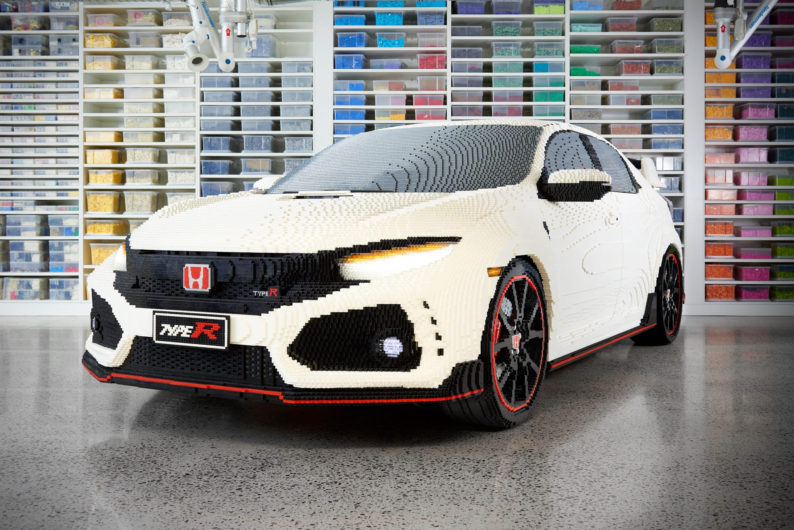 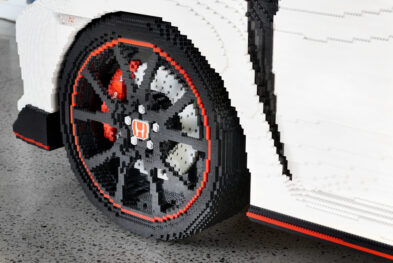 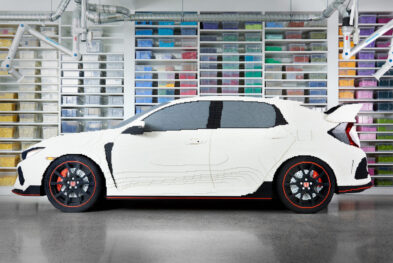 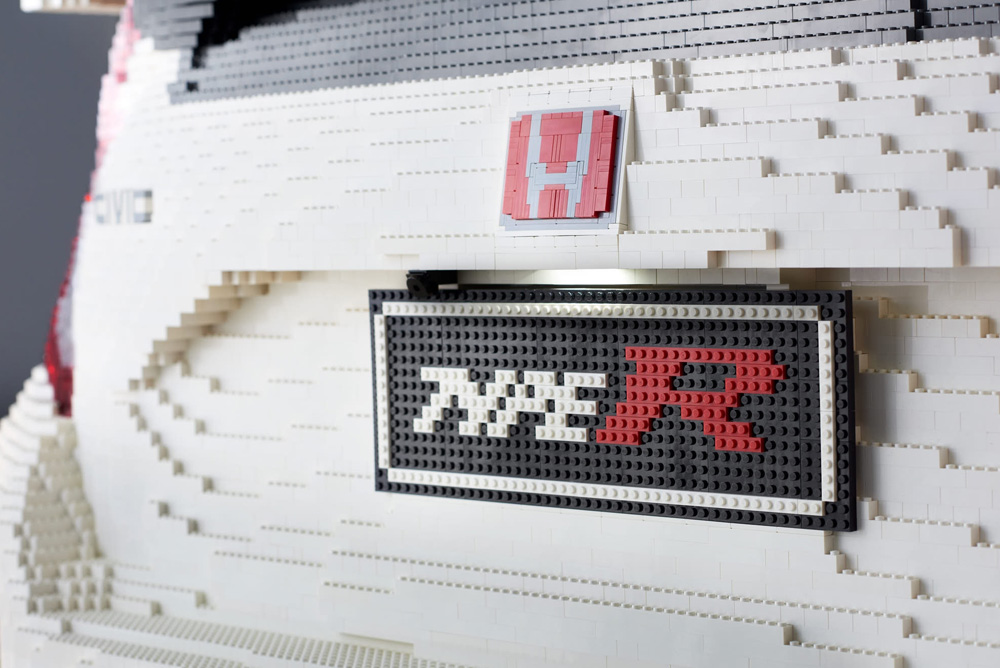