Hatchback is a popular car body style with a hatch-type rear door that opens upwards to provide access to the cargo area. Hatchbacks are usually two-box designs where the cargo and passenger areas are a single volume.

Related: Classification of Cars on the basis of Body Type

Since long, the hatchbacks are widely popular across the globe. They have their own set of advantages, the foremost of which is the space. Their smaller dimensions makes it easy to maneuver in congested traffic situations and can be easily parked in tight spaces. They are generally cheaper than any other car type, have relatively smaller engines (in most cases), enjoys taxation benefits and are economical too, thus easier to run and maintain as well.

In older hatchbacks the interior used to be somewhat cramped, however modern hatchbacks are quite spacious from inside offering almost similar cabin space as a subcompact sedan. But one thing that is often missed, is the absence of trunk (diggi).

Although sedans have their own advantage of having a trunk which can accommodate generous luggage without affecting the seating volume, not many people realize that hatchbacks can still carry ample cargo with their rear seats folded down and tumble forward to maximize luggage space.

There are currently 5 local assembled hatchbacks currently available in our market. Three of them are sold by Pak Suzuki– Wagon R, Cultus (Celerio) and the Swift. Then there is FAW V2 and the newly launched United Bravo which has replaced Suzuki Mehran as the cheapest vehicle available in the country, although United is yet to expand their footprints outside of Punjab province. 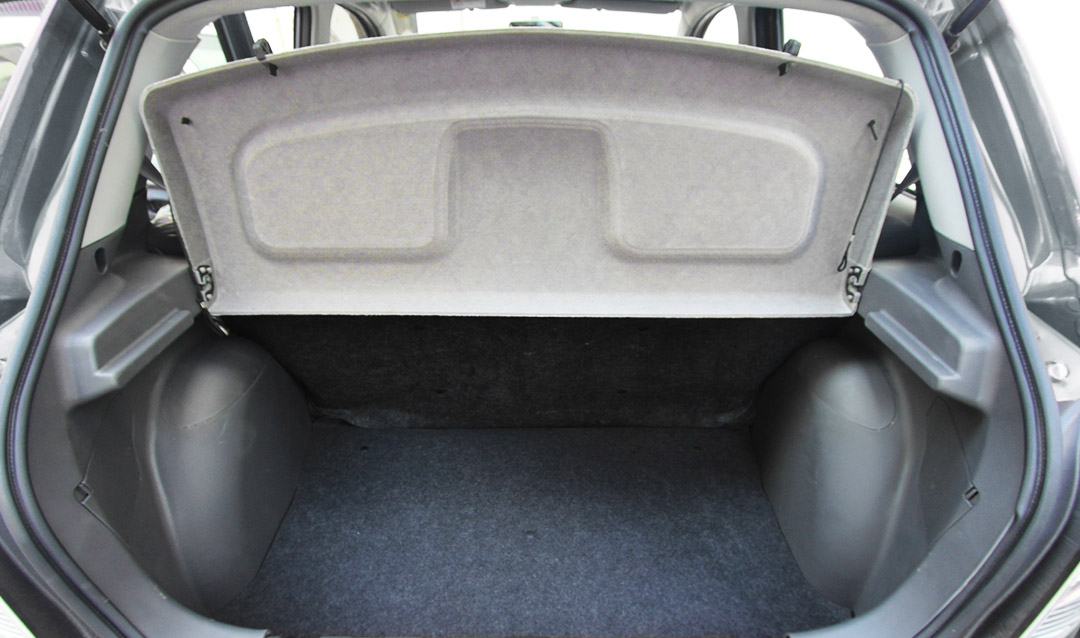 FAW V2 clearly wins against all the locally assembled hatchbacks when it comes to cargo volume. With a generous 320 liters of boot space, the V2 allows the best cargo volume in its class, not to mention the space can be further enhanced with its rear seats folded down.