Malaysian Prime Minister Mahathir Mohammad gifted a Proton X70 luxury SUV to Prime Minister Imran Khan on his visit to Pakistan in March earlier this year. A symbolic key was also presented to the Pakistani Premier at that moment. 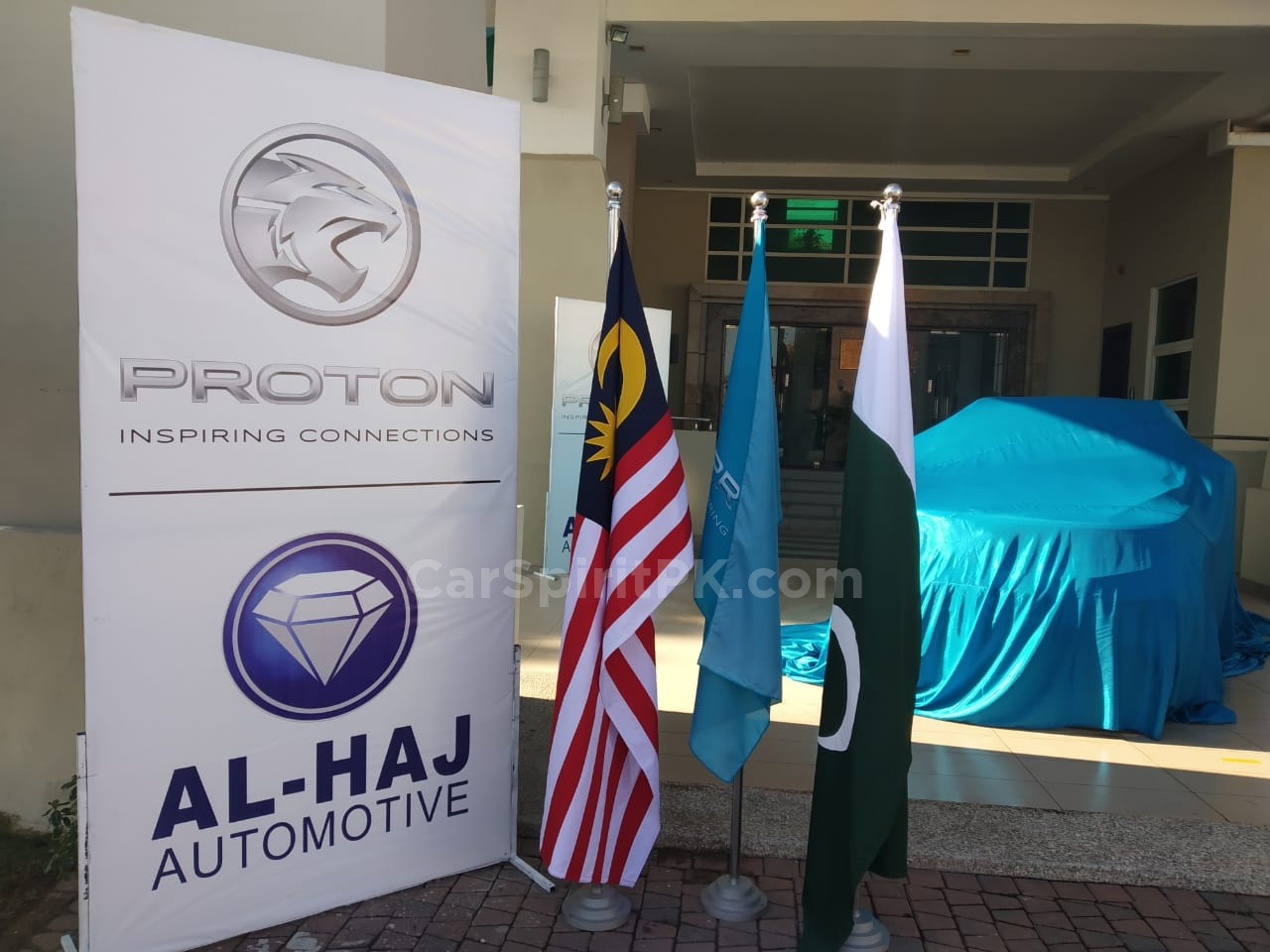 Now the X70, which is a Malaysian built unit has been handed over to Pakistan government in a ceremony held at the Malaysian High Commission in Islamabad on Monday, the 16th of December 2019. Adviser to Prime Minister of Pakistan for Commerce, Textile, Industry & Production Mr Abdul Razak Dawood received the vehicle on behalf of PM Imran Khan, who is currently on a visit to Bahrain.

Based on Geely Boyue, the X70 is Proton’s first ever SUV and has been a great success ever since it was launched last December. More than 26,000 units of the SUV have been sold so far (in Malaysia) which has played a pivotal role in helping Proton regain its position as the 2nd bestselling car brand in Malaysia.

The Proton X70 is powered by a 1.8 liter TGDi turbocharged four-cylinder petrol engine producing 181 hp and 285 Nm of torque and is available in both 2WD and 4WD configurations. The X70 also boasts a full 5-star crash test rating from ASEAN NCAP.

Proton in collaboration with Al-Haj Automotive is in process of setting up an assembly plant in Karachi which is expected to become operational by mid 2020. The company plans to introduce the 1.3 liter Saga sedan as its first offering, whereas the X70 SUV is also among the possible options that will be available for sale in Pakistan.