China’s automobile industry has shown exponential growth in recent years. We have seen many interesting designs coming from Chinese automakers lately. Initially there used to be just bad rip-offs of known cars, but later there are some beautifully penned designs coming out from China that are built from the ground up. 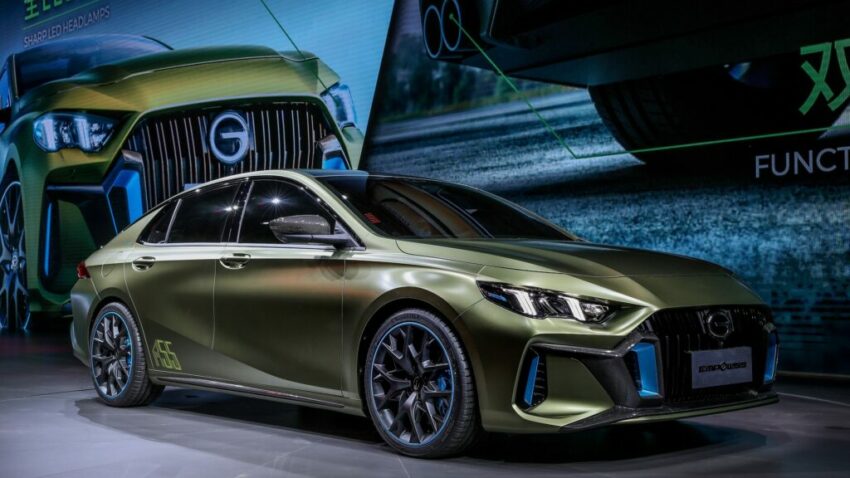 One such example is the GAC Motor’s Trumpchi EMPOW55. It may not be the most beautiful car out there, but it is undoubtedly a very good looking sedan that grabs the attention of onlookers. 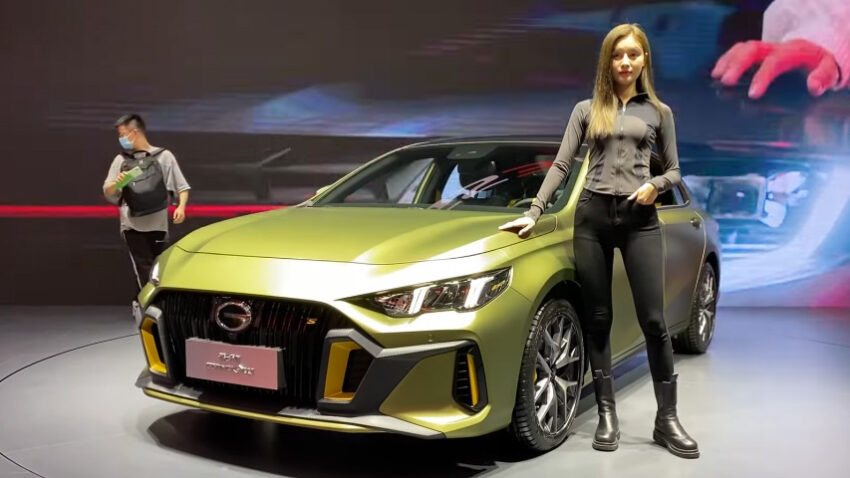 The EMPOW55 made its first public appearance at the 18th Guangzhou International Automobile Exhibition held in November 2020. The sporty sedan was displayed alongside 70 other vehicles from 8 major brands under the GAC Group but stood out thanks to its sharp looks, which according to the manufacturer are inspired by a ‘war machine’. It was then formally launched in 2021. 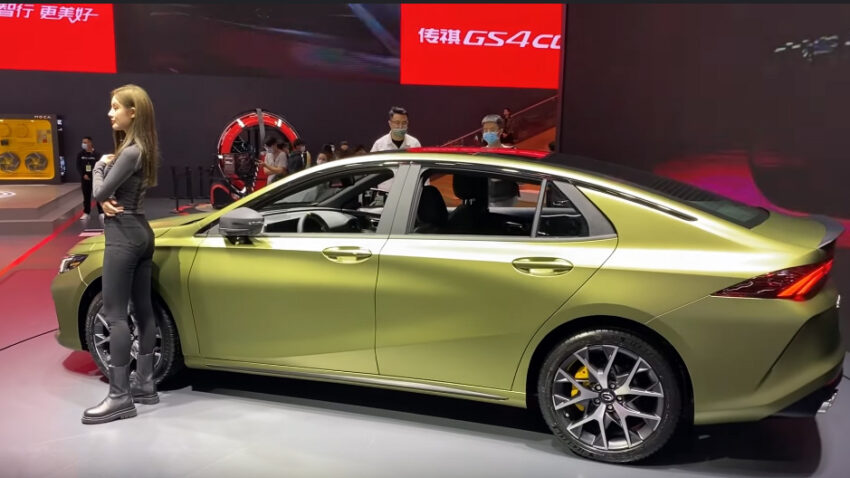 The design recipe is same that’s being used by many automakers these days. For example slim LED headlamps, dominating grille, fastback like profile, larger rims, slim rear lights and lots of exhaust pipes for a sporty sedan. Yes there are plenty of sharp creases sculpted on the body which adds to the aggressive character of the EMPOW55. 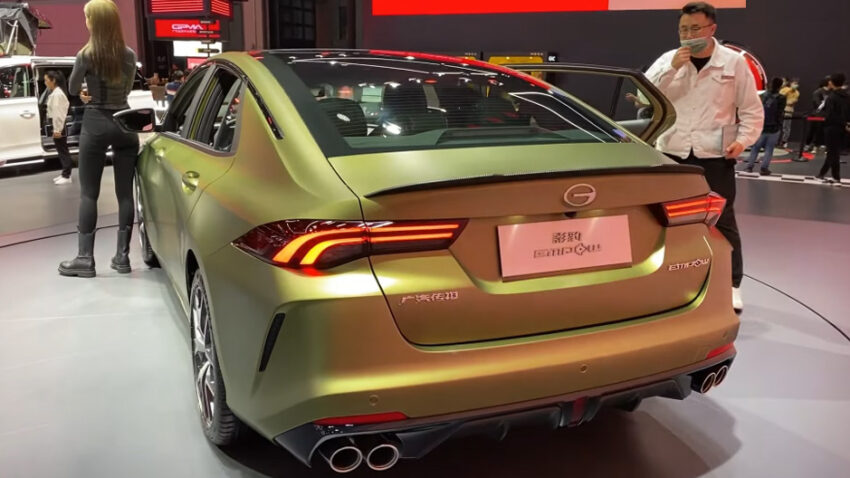 Inside, the interior maintains a simplistic approach, as demonstrated by the clean uncluttered dashboard and center console. The air-conditioning vents runs the full length of the dashboard while the freestanding display combines the instrument cluster and center infotainment system.The color scheme is primarily a blend of dark & light metallic grey, but gets colored accents to add to the sportiness. 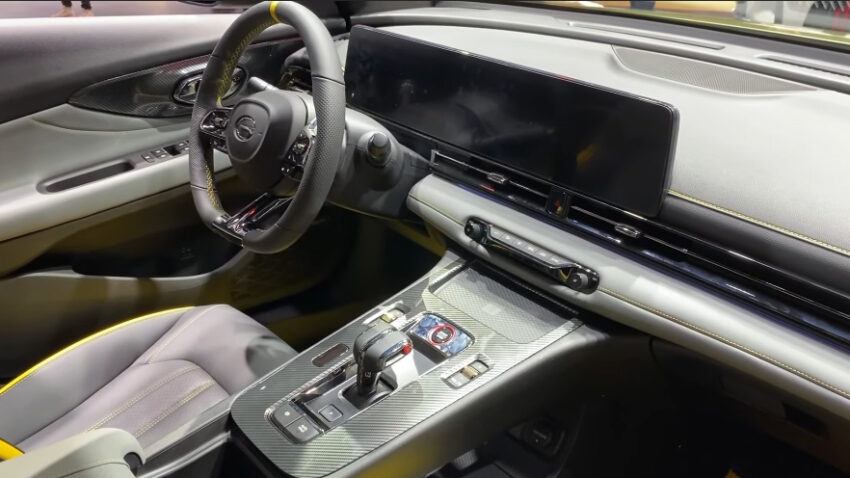 On the mechanical front, the EMPOW55 is built on GAC’s Global Platform Modular Architecture (GPMA) that boasts a low center of gravity, a long wheelbase and wide tracks. Under the hood, the standard variant gets 1.5L turbocharged four-cylinder engine that delivers 177 hp of power and 270 Nm of torque and comes mated to a 7-speed dual-clutch gearbox. GAC claims the sedan can achieve 0-100 km/h sprints in just under 7.0 seconds. 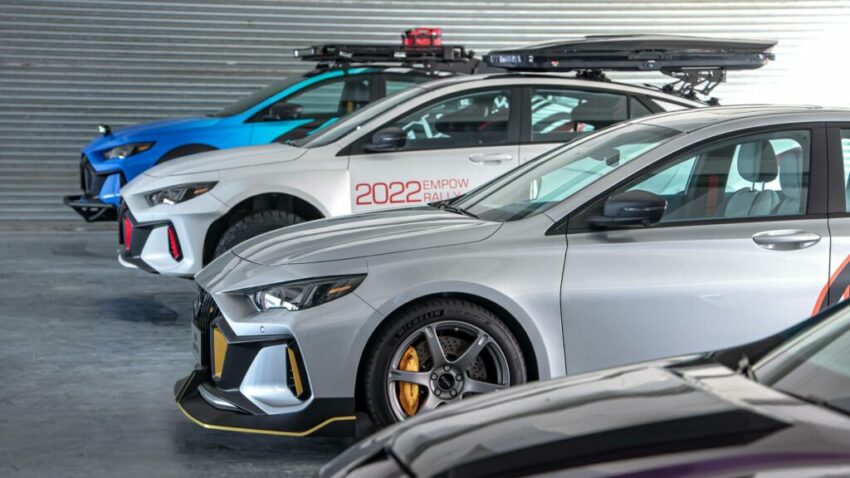 But the sedan isn’t just restricted to one variant as many souped-up iterations are also available. For example the R-Style Track Edition which comes with aesthetic enhancements to make it look even more sportier than the already aggressive-looking regular versions. It is believed that the EMPOW55 R-Style Track Edition will participate in CTCC China Auto Venue Professional League during the upcoming season.

Plus a hybrid variant (pictured below) was also showcased at this year’s Chengdu Motor Show. 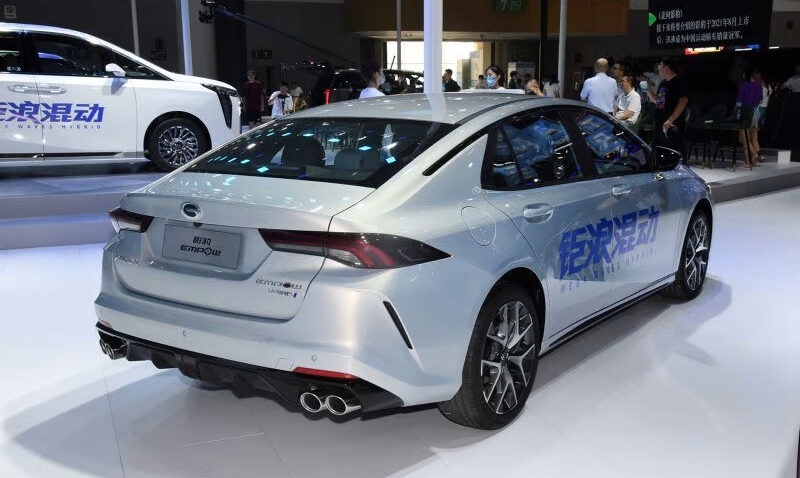 The GAC EMPOW55 sporty sedan in China is priced between 98,300 yuan and 131,800 yuan which translates into PKR 33.34 lac to PKR 44.70 lac. The vehicle has already made appearances at various international auto shows which suggests that GAC is planning to introduce the sporty sedan in export markets too. The EMPOW55 is billed as GAC’s answer to the likes of Toyota Corolla and Honda Civic.