Millat Tractors Ltd (MTL), one of Pakistan’s biggest agricultural machinery manufacturer has suspended its operations due to a severe liquidity crunch. The company has informed Pakistan Stock Exchange (PSX) and all relevant federal ministries that the entire tractor manufacturing industry is now facing a severe liquidity crunch as the industry’s over Rs 8 billion sales tax refunds are stuck with the Federal Board of Revenue (FBR) for the last 2 years.

Citing an industry leader, the report published in Dawn says the tractor industry is now making a loss on each unit it sells due to accumulating sales tax refunds, which is increasing at the rate of Rs 150,000 — more than its profits — for each tractor it sells.

According to details, the industry pays 17% sales tax to its vendors — from whom it purchases parts. It is allowed to pass on only 5% sales tax to the buyers and the government is supposed to compensate the remaining 12%. This differential (which translates into Rs 150,000 per unit) is accumulating and has touched Rs 6bn for MTL alone. Practically speaking, it means that the factory is making losses on each unit it sells, thus leaving the manufacturer with no choice but to suspend operation and, at least, save itself from future losses, the source says. 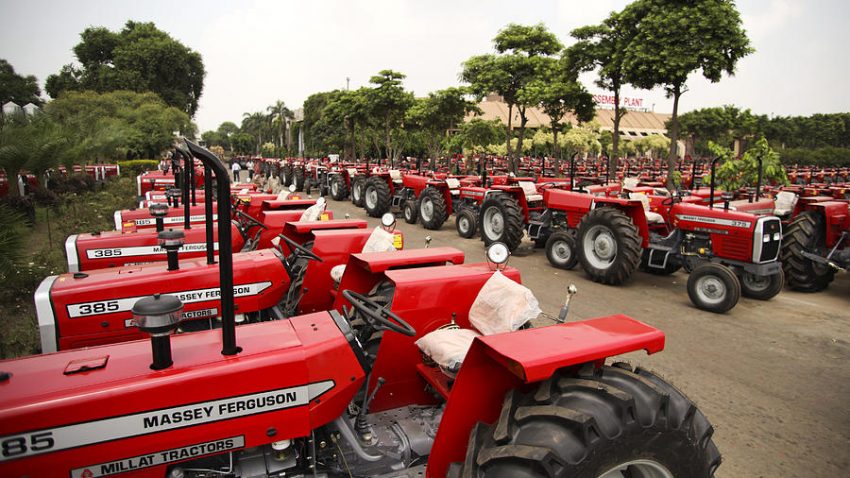 The decision is not sudden, the industry has fought and won its cases in the appellate courts of tax authorities, the federal ombudsman, high courts and Supreme Court when the FBR tried to delay payment on the excuse of agriculture and non-agricultural sales, says Malik Aftab, a vendor and trader of second-hand tractors.

With MTL opting out, the market would suffer a loss of 3,000 machines per month. Last year it sold 35,000 tractors and was aiming 44,000 this year. This would quickly increase the prices of tractors as the psychological loss to the market is always more than the mathematical one. The issue must be resolved quickly because it can spread to other manufacturers and sent shock waves to the market, he warns.