In another depressing development in the auto sector, Millat Tractors Ltd (MTL) assemblers of Massey Ferguson tractors on Tuesday informed the Pakistan Stock Exchange (PSX) that the company will halt production from 11th Dec till 3rd Jan 2020.

The decision comes after MTL sales plunged by 48% to 8,223 units during the first 5 months of this fiscal year. The production operations will resume from 6th Jan 2020. 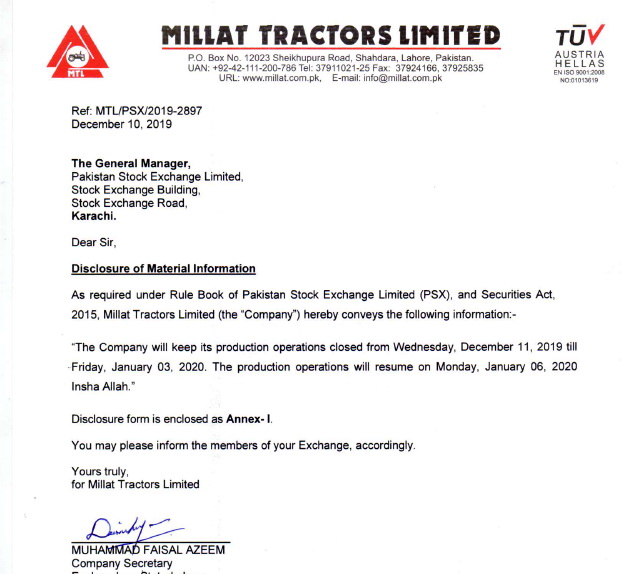 According to Dawn, the company had observed 3 non-production days (NPDs) each week in November but due to decline in booking orders, the company had decided to shut its operations by over 20 days.

Reportedly the company had unsold inventory of over 3,000 units all over the country. According to an MTL official:

“We have also sent our regular workers and staffers on forced leave”.

On the other hand, sales of Al-Ghazi Tractors– the assemblers of Fiat tractors also declined by 27% to 5,741 units in the discussed period.