The newly revealed Toyota Corolla hatchback (Auris) has been designed to be a more exciting car to drive than the out-gone model, but it comes even more exciting as the new Corolla Hatchback drift car for the 2018 Formula Drift championship. 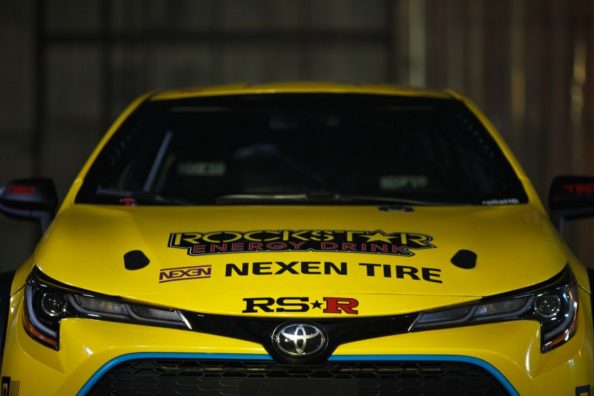 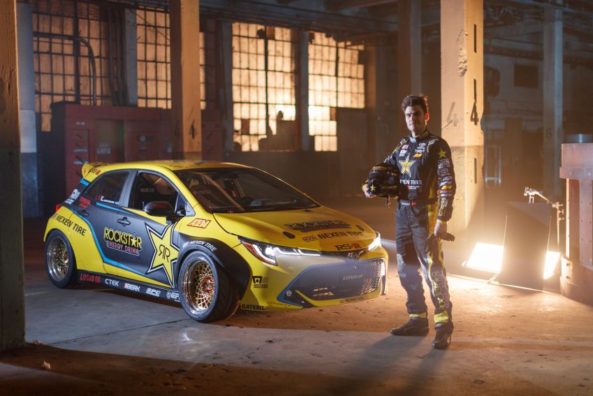 Piloted by 2015 champion Fredric Aasbø, this fire-spitting sideways machine is a very different beast under the skin. That’s largely because the front-wheel drive hatchback has been converted into a rear-wheel drive machine, but also because the standard 2.0 liter Dynamic Force engine has been replaced by a menacing unit.

The 2AR-FE 2.5 liter 4-cylinder unit from the pre-facelift Camry, has been stroked to 2.7 liters and given a turbocharger and nitrous oxide injection kit. All this means a power output of a massive 1,000 hp and 1,150 Nm of torque, all sent to the rear wheels through a Gforce GSR four-speed manual gearbox. 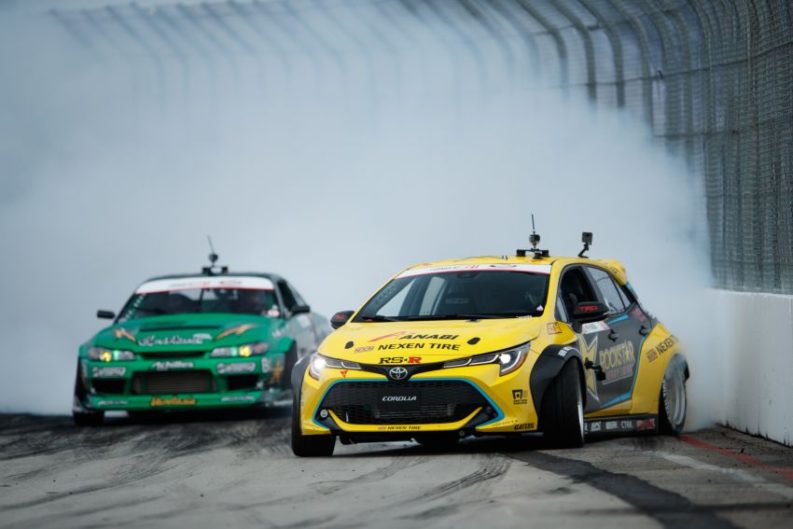 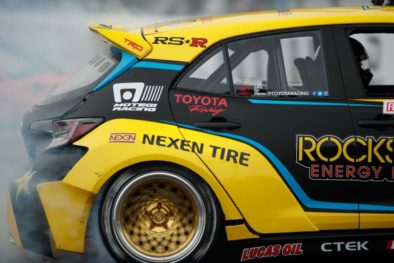 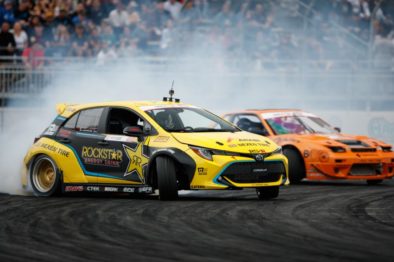 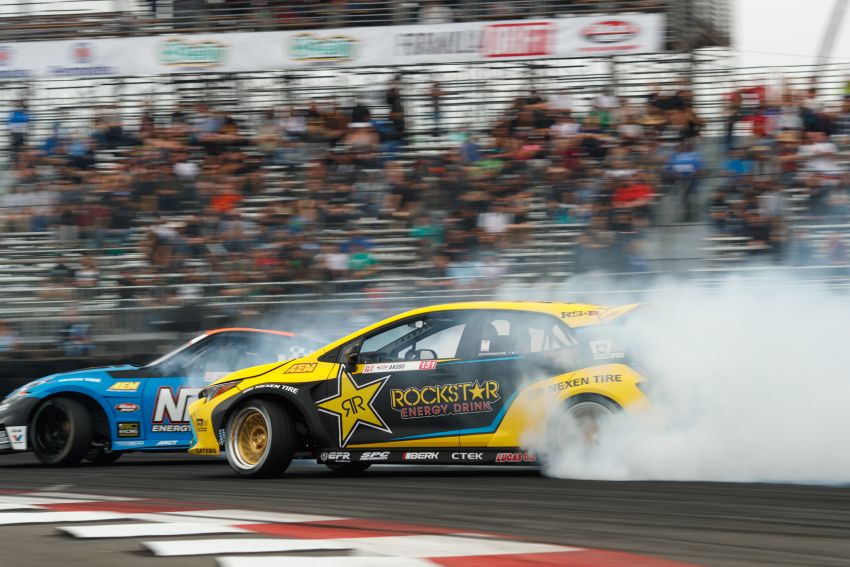 Other modifications include custom RS-R coilover suspension, Sparco bucket seats, harnesses and steering wheel and a full roll cage. The Corolla Hatchback drift car is being fielded by the Papadakis Racing team and replaces last year’s Corolla iM. The car is already off to a good start, with Aasbø winning the season-opening Long Beach round earlier this month.

Watch the videos below and enjoy!