Following the debut of the all-new Toyota Auris, also known as the Corolla hatchback last month, Toyota will soon refresh its entire lineup of Corolla models. Japanese magazine Best Car has uncovered preliminary details of the Japan-only Corolla Axio sedan and its sibling the Fielder wagon, which are popular choices among the imported JDM vehicles in our country.

In case you don’t know, the Axio is a tad shorter and narrower than the standard Corolla sedan in order to comply with Japanese vehicle size regulations. The new Axio will also underpin the modular Toyota New Global Architecture (TNGA) platform that’s been used with the new breed of Toyota models including the Prius, C-HR, New Camry and the Auris hatchback. 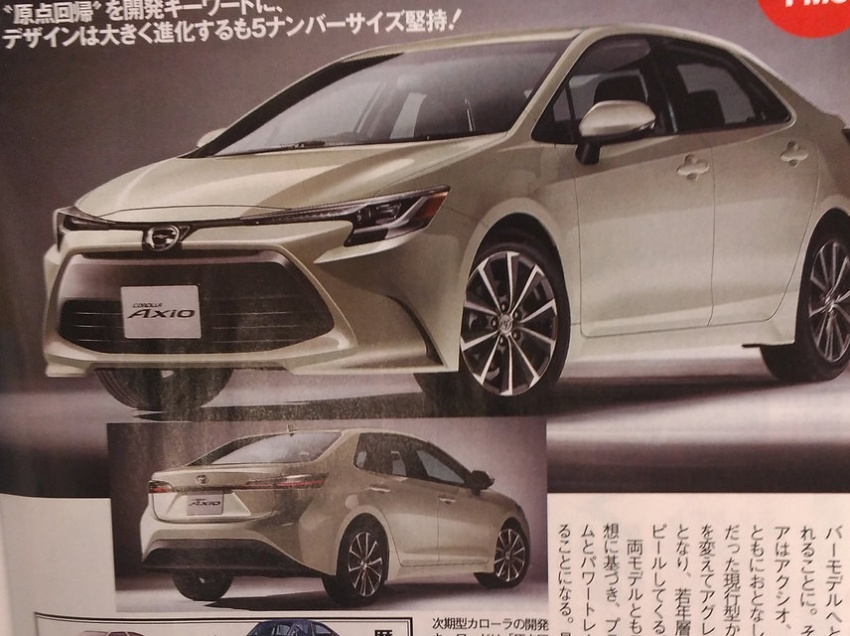 Best Car reports that the new model will be slightly larger than before, measuring 4,500 mm long, 1,695 mm wide and 1,455 mm. Compared to the new Auris, the upcoming Axio will apparently be 130mm longer, 95mm wider and 20mm taller, although it will retain the hatch’s 2,640mm wheelbase. The Fielder however, will be 15mm taller than Axio sedan. 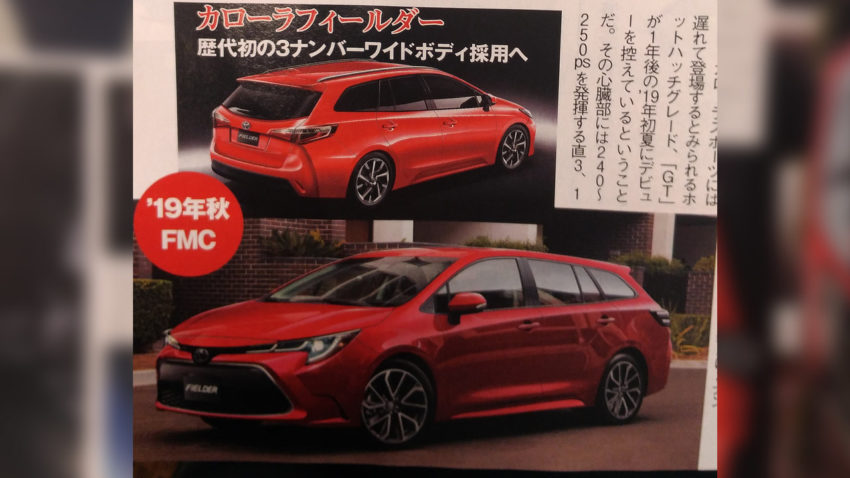 The current engine lineup is expected to be carried over with some improvements. Starting with a Hybrid variant with a 1.5 liter Atkinson-cycle engine and an electric motor churning out 75 PS and 121 Nm of torque. There will also be a 115 PS/142 Nm 1.5 liter petrol engine mated to a CVT gearbox.

According to the renderings by Best Car, the Axio will wear a similarly bold design as the new Auris, with a slim upper grille flowing into L-shaped headlights that frame a massive lower grille. Along the side, the upswept character line wraps around the window line, while the rear features slit-like tail lights that should give the new Axio a more lasting impression than its predecessor.

With the traditionally conservative Axio also receiving a polarizing design, it will be interesting to see what the actual international-spec Corolla will look like. The 12th generation model of the world’s most popular sedan is set to be unveiled in 2019.