Next Gen 2023 Suzuki Swift Spied Testing for the First Time

It was previously reported that the next-generation Suzuki Swift hatchback will likely be unveiled in July 2022. However the global parts shortages and supply chain issues pushed the development of new Swift back. Now however we have the first spy images of a camouflaged next generation Swift hatchback undergoing testing hinting its its global debut in forthcoming months.

The heavily camouflaged test mule shows us a good hint of the design its hiding underneath. The bonnet for example, gets smoother while the restyled LED headlights appear to be sleeker than the current generation model. The sides show us swoopy roofline and the biggest change is the positioning of rear door handles that are now placed conventionally on the door, as opposed to the C-pillars on the current model. 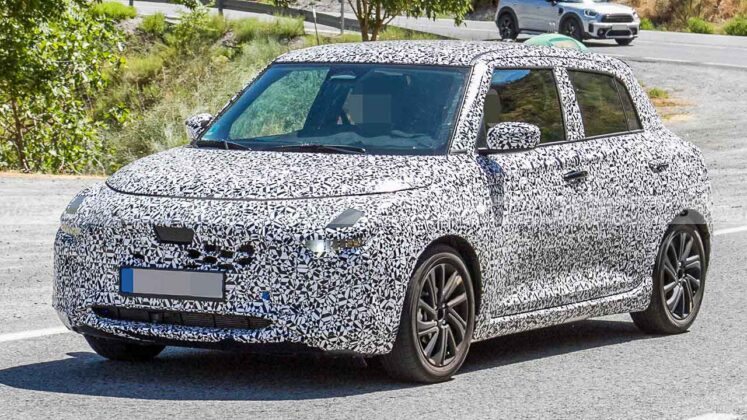 The rear gets more trapezoidal rear windshield while a set of revamped taillights is also expected. Other notable exterior highlights could include larger alloy wheels with a dual-tone finish, blacked-out pillars, faux air vents close to wheel arches, a large roof-mounted spoiler and reflector elements on the lower rear bumper. 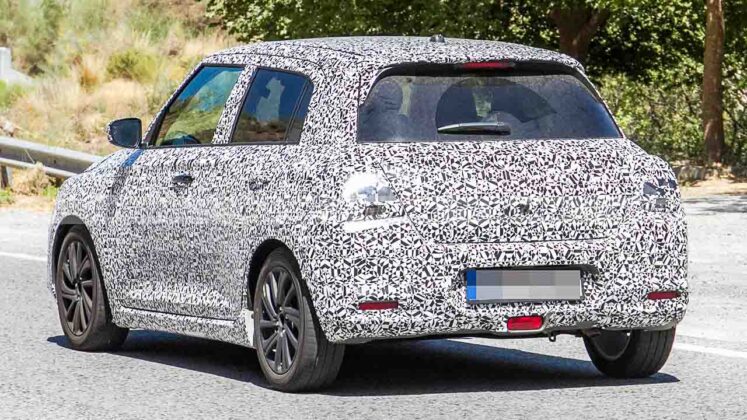 The new-gen Swift will be underpinned by an advanced version of Suzuki’s lightweight Heartect platform. As far as the interior is concerned, the new Swift will likely get a a revised dashboard layout as well as better and upgraded equipment with more features onboard. Details related to poweertrain are scarce at the moment, however its likely to get a range of options such as 1.2L naturally aspirated and 1.4L turbocharged with mild-hybrid setup. An HEV version is also rumored to be in the works, which could come from Suzuki’s collaboration with Toyota. 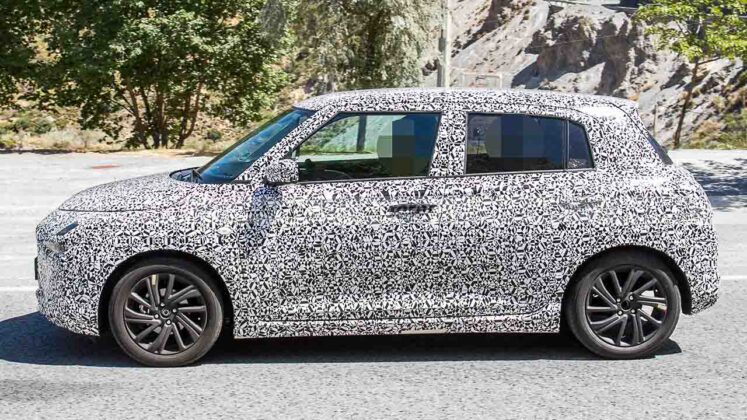 According to the latest reports we can expect to have a first official look at the all-new Swift hatchback somewhere towards the end of 2022 or in January 2023 at the Auto Expo in New Delhi, India. The performance-oriented Swift Sport will be introduced within a year after the debut of standard version which will boast cosmetic and performance enhancements.