Honda have started road-testing the next generation Fit (Jazz) hatchback, as a number of spy shots of heavily camouflaged test mules were snapped in various European countries. The newest iteration, which will be the fourth generation model of Honda Fit is going to be completely different from its current generation.

On the outside, the fourth-generation of the Honda Fit takes its inspiration from the second generation iteration. The headlamps seems to have become taller and are fitted with large square projectors, reminding the first two generations. The front air intake has also been made slimmer, but Honda’s signature “Solid Wing Face” front grille is likely to remain intact. 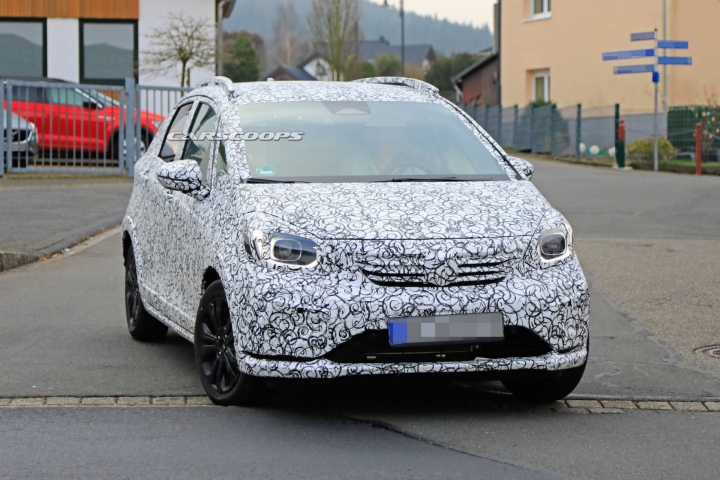 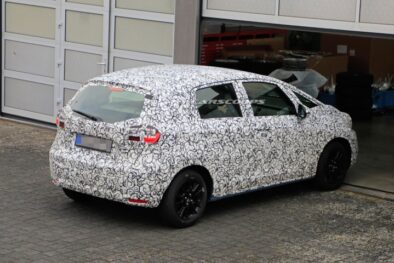 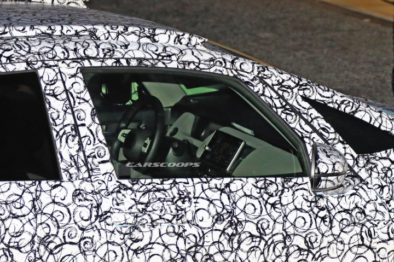 The front quarter light windows appear to be bigger, suggesting that the windscreen has been pushed forward; the door mirrors have also been moved to the base of the split A-pillars. The side surfacing has been simplified as well, losing the outgoing model’s prominent shoulder creases. At the rear, the tail lights instead of vertical, are now horizontal two-piece elements to emphasize the car’s width.

Inside, the new Fit will features a completely new dashboard layout with a minimalistic look. There is likely going to be a floating touchscreen unit with circular dials for the air-condition control module. The steering wheel looks familiar to what was packed with the Honda E-Prototype revealed recently.

There is no word on the engines and transmission as of yet. The all-new Fit is expected to make its global debut at this year’s Tokyo Motor Show.