NIO’s first battery swap station for electric cars in Germany has been officially deployed, ahead of the market launch of the NIO ET7 model later this year. The station is located in Zusmarshausen, on the A8 highway between Munich and Stuttgart.

Congratulations to the entire NIO Power Team in Germany for launching the first #PowerSwapStation in @Zusmarshausen. This first Station will be able to make 312 battery swaps per day at Germany’s largest and most modern charging park. #BlueSkyComing #NIO #NIODeutscheland $NIO pic.twitter.com/Hq0dcu3WOh

As the battery technology improves, the company probably will simply update the battery capacity through the use of new modules, maintaining the pack’s compatibility.

The NIO’s second-generation Power Swap Station 2.0, introduced in April 2021, is quite capable with the potential to be used once every several minutes. The 2.0 system has a total of 14 battery slots – 13 battery packs (vs 5 in the 1.0 version) and an empty slot to pick up a discharged battery (or old/previous generation battery when upgrading). 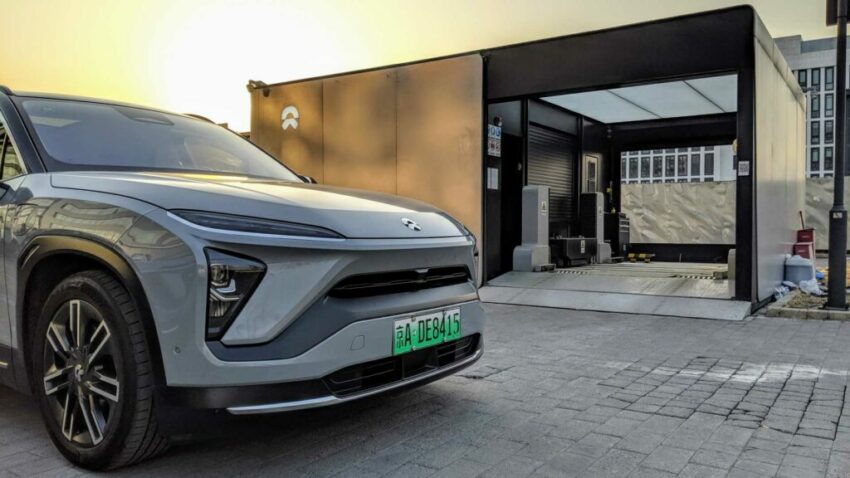 According to NIO, they are capable of completing up to 312 battery swaps per day (24 hours), which would mean 4.6 minutes or close to 277 seconds per swap (including the automated parking). To see how battery swaps work, watch the video at the end of this post.