NIO, the makers of world’s fastest electric supercar & Nurburgring lap record holder EP9, have officially launched the 7-seat electric SUV, the ES8. At the launching ceremony, NIO unveiled the price of ES8 and presented many marvelous features, such as its swappable battery service system and NOMI artificial intelligence system. 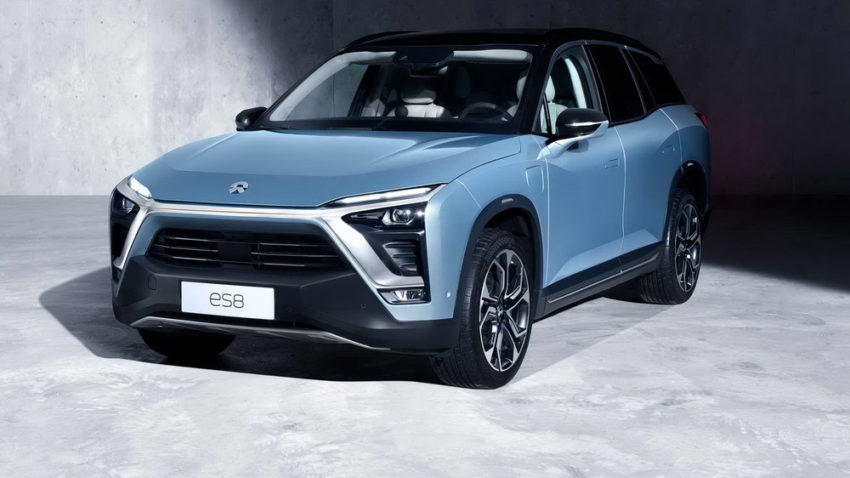 The ES8 is a 7-seat high-performance electric SUV with an adaptive air suspension, all-aluminum body & chassis and is powered by two electric motors with 326 hp and 420 Nm each, one for the front wheel and one for the rear. According to William Li, founder and CEO of NIO, the ES8 can reach the speed of 100km per hour in just 4.4 seconds. With a combined output of 650 hp and 850 Nm, the ES8 is the strongest China-produced car ever!

The ES8 can go 355Km in a single charge, however that’s achieved when driving at average 60km/h speed. However the real life top-speed is 180 km/h and this it can do for 30 minutes until the battery runs empty. Furthermore the top speed is 200 km/h but it can only do this for 1 kilometer with a special boost. The ES8 requires 8 hours for a full charge on 220V and one hour for 80% charge on a fast charger. The hi-tech interior has large touch screen in the middle, digital instrument panel, smart mirror, and air vents that visually extend over the whole width of the dashboard. 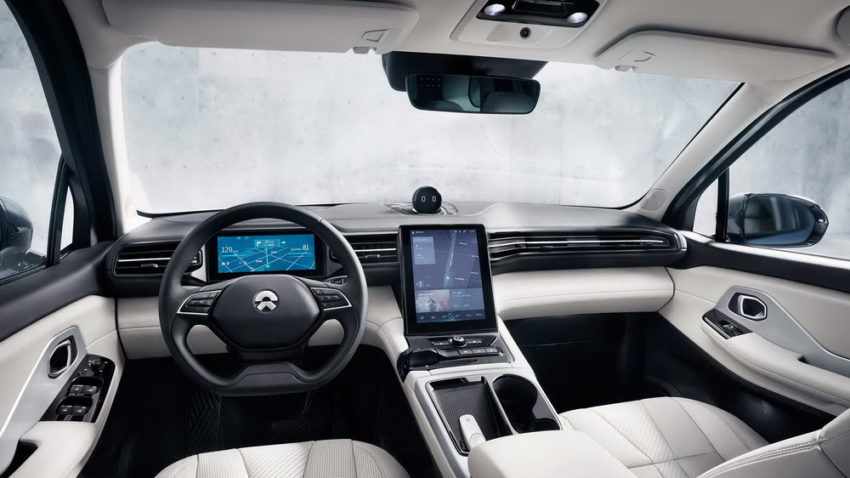 NIO Pilot, another highlight at the ceremony, is claimed to be the most advanced driving assistance system in all mass-production models with a total of 23 hardware, including 1 trifocal front-facing camera, 4 surround exterior cameras, 5 millimeter wave radars, 12 ultrasonic sensors and 1 driver monitoring camera.  And ES8 is the first mass-production model to be equipped with the autonomous driving chip Mobileye EyeQ4.

NOMI, an artificially-intelligent digital companion pronounced as “Know me”, can be able to learn the interest and information of the passengers to meet their needs. Based on the powerful on-board computing capability and cloud computing capability, NOMI creates a new interaction mode between human and vehicle. 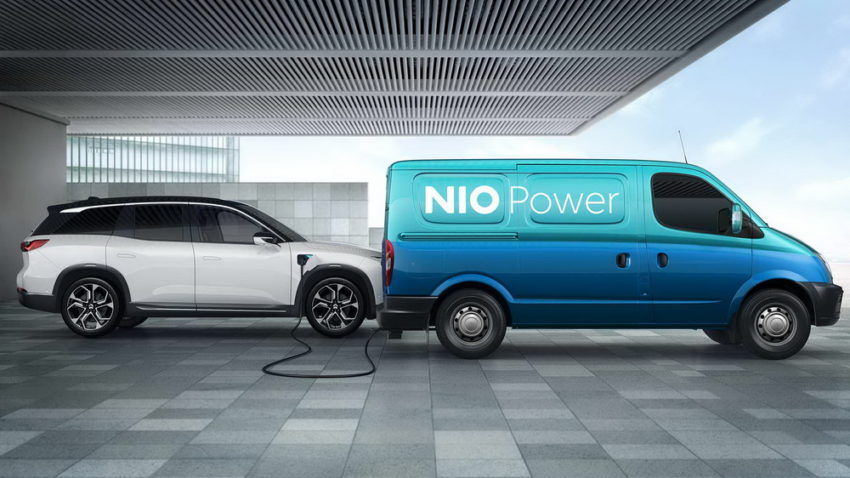 At the ceremony, NIO also released NIO Power service system. The new SUV boasts a swappable battery pack, which can be swapped within 3 minutes. The company also introduced NIO Mobile, a recharging vehicle, and ten-minute recharging can make the vehicle run another 100km. By 2020, NIO will set up a total of 1,100 battery swapping stations and launch 1,200 battery recharging vehicles.

NIO was incorporated in Shanghai back in 2014. It has the financial backing of automotive websites Bitauto and Autohome, and also Internet giants Tencent and Baidu. It is one of dozens of EV startups that have emerged in China in the past few years.