Geely has released the official images of the Emgrand Mini, codenamed V01. The vehicle will reportedly be launched in the Chinese car market in second quarter of 2017. 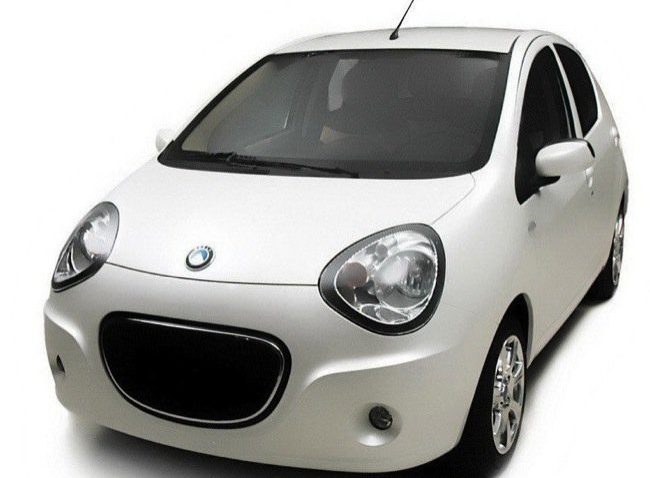 The Geely range of vehicles that was displayed at Geely Pakistan’s website back in 2007. The CK sedan, shown with MK (Green), FC (Silver) and the Panda at the far most.

The V01 bears the signature Geely concentric grille design, dual-tone rear end, black plastic wheel arches and a roof rack for a crossover look. The engines of the Panda will continue in the V01, they will be mated to either a five-speed manual of a five-speed automated manual transmission (AMT). An earlier spy shot of the interior suggest that there will also be an electric version, note the drive selector dial on the center tunnel. The big screen and digital instrument panel however will be standard across the range.

Geely is in process of making a comeback in Pakistan and there website has been up again with a coming soon message, however an official announcement is yet to be made. Since there is a day & night difference between the Geely vehicles that were offered in Pakistan a decade ago versus the ones being produced these days, thanks to the Volvo influence, we expect to see better Geely vehicles to be introduced in Pakistan should they make a comeback.