Earlier this year, Indus Motor Company (IMC) revealed its plans to introduce a hybrid SUV in Pakistan that would go against the likes of Kia Sportage and upcoming Hyundi Tucson.

According to the information shared by IMC, the new SUV would have a 1.8L hybrid setup under its hood and will be making its world debut this year. So far this was a mystery since there was no SUV in Toyota’s product range that carried a 1.8L hybrid powerplant, however the recent launch of Toyota Corolla Cross has pretty much solved the ambiguity regarding IMC’s upcoming hybrid SUV.

Since IMC wants to pit its new hybrid SUV primarily against the likes of Kia Sportage, while Hyundai Tucson is yet to go on sale at the time of putting down this article, let us see how the Toyota Corolla Cross stacks up against the Kia Sportage on papers.

Why Needed a Kia Sportage Rival?

The first thing that comes to the minds is why they need to rival the Sportage? Well the Sportage has been doing exceptionally well in the market due to its price and value features on offer. The Sportage bears a price tag that’s 37% less than other similar vehicles available in the market because of which the consumer response has been overwhelming.

After its introduction, sales of Toyota Fortuner has been reduced to half, and while one cannot compare the two vehicles directly, the Sportage is being preferred due to its positioning as an urban SUV whereas Fortuner may have an edge due to its off-roading capabilities, but majority of the people who owns the latter, drive it on city roads where Sportage has an edge in terms of drivability, comfort, features & equipment and a highly competitive price.

Toyota also introduced a base variant Fortuner earlier this year, but that too is way expensive than the top-spec Kia Sportage hence IMC is feeling the heat and needs something that can counter eminence of the South Korean rival.

Lastly with the introduction of new Sportage Alpha– the base variant in the lineup which is even cheaper than the Honda Civic Turbo is starting to eat out some market share of the top-spec Honda Civic & Toyota’s Altis Grande variants.

Speaking of the dimensions, the Kia Sportage and Toyota Corolla Cross are quite similar to each other. 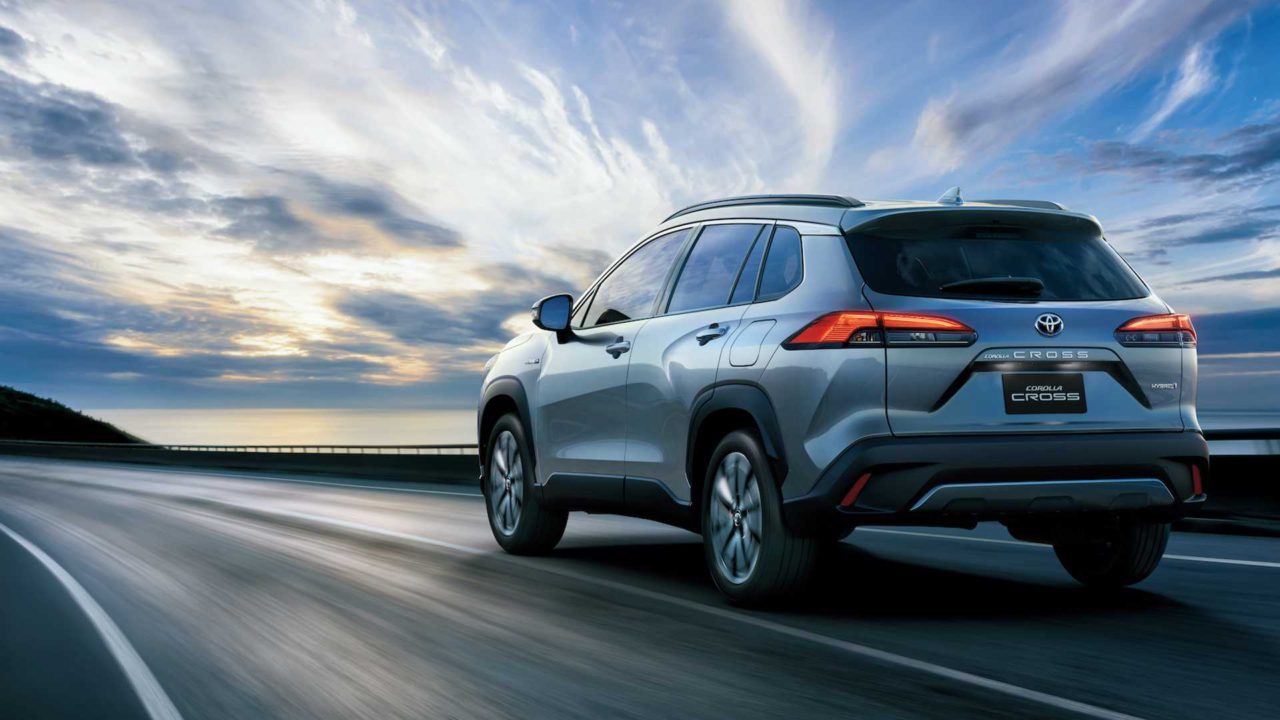 In terms of appearance the Corolla Cross is impressive and has a perfect urban presence, although it bears little resemblance to the rest of the 12th gen Corolla family & the profile looks much reminiscent to that of RAV4. With large mesh grille up front, slimmer front & rear headlamps and off course black claddings wrapped around its undersides to establish a rugged SUV appearance, the design, albeit conventional is pleasing indeed. 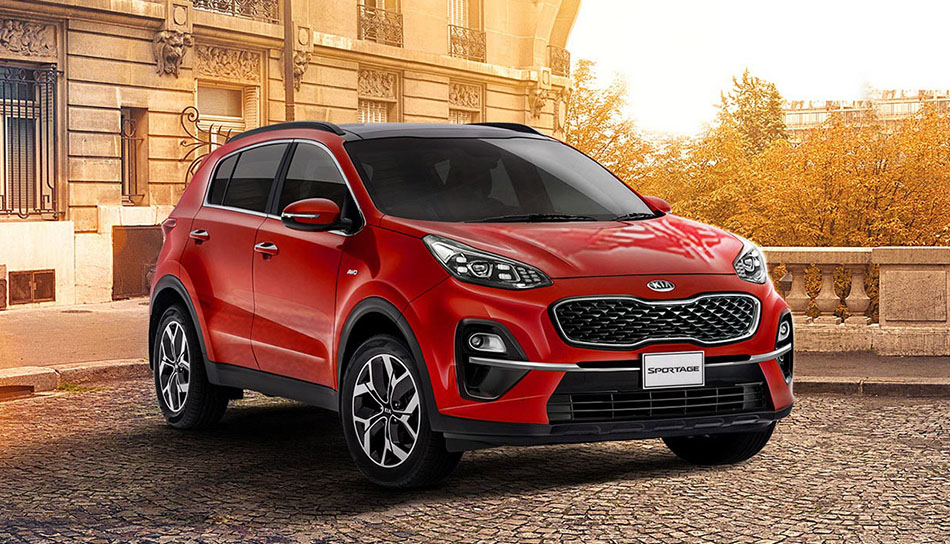 In Comparison the Sportage also has a stylish appearance with a gaping tiger-nose mesh grille up front, LED headlamps, and according to Kia its contrasting sharp edges and smooth surfaces were inspired by modern fighter jets. To say which one looks better over the other is a highly subjective debate, but we do believe both are visually equally impressive.

The ground clearance is an important factor when it comes to SUVs or perhaps any other car for that matter. Kia Sportage seems to have an edge with 172mm of road clearance compared to Corolla Cross which is 11mm shorter at 161mm. However both Corolla Cross and Kia Sportage gets 17-inch wheels for base variants and 18-inch wheels for up-spec variants. 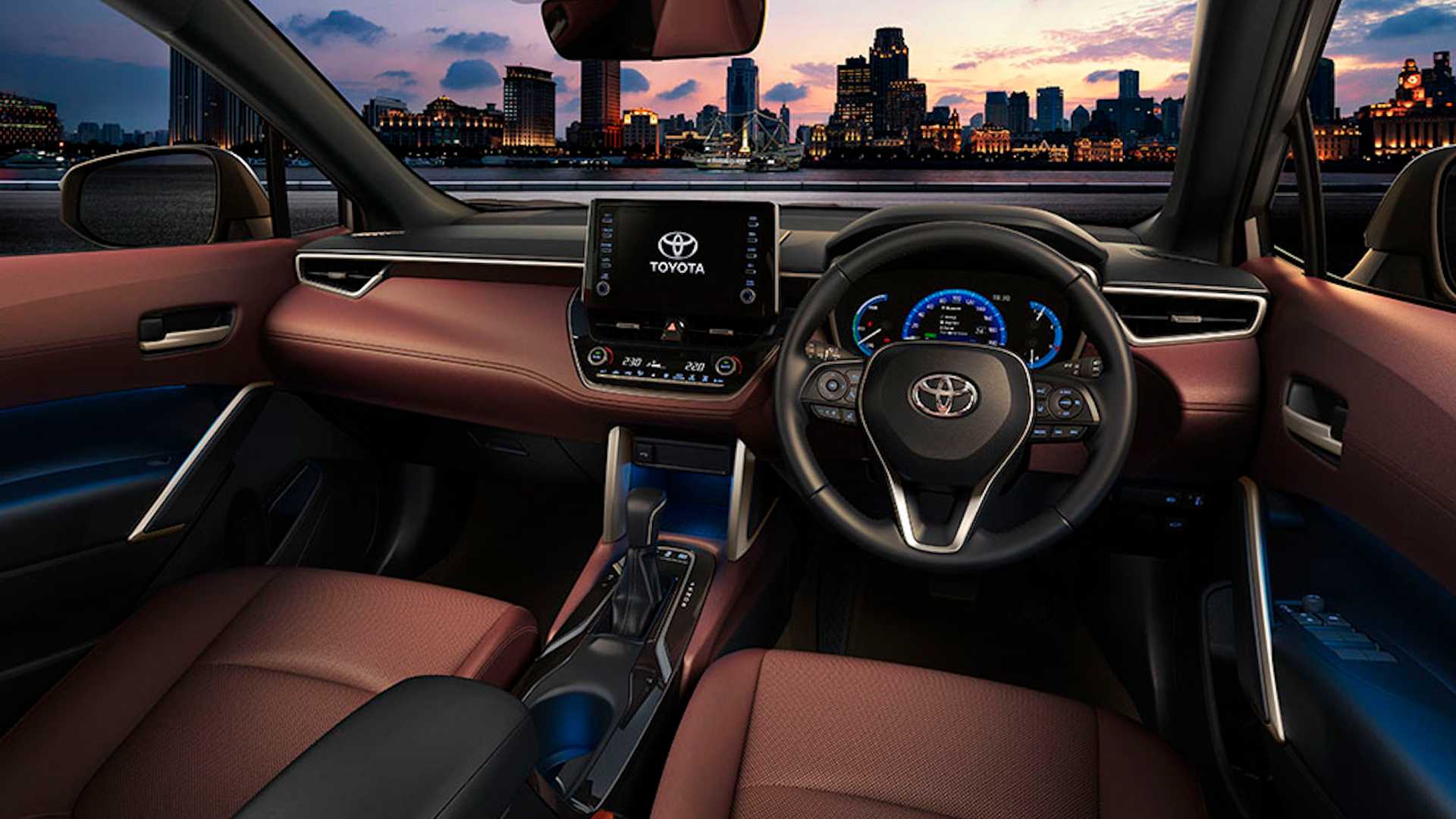 The interior of Toyota Corolla Cross is exactly same as that of the standard 12th gen Corolla variants. But this is where Sportage seems to have a slight advantage, while in terms of looks the Sportage also has a pleasing interior; the cargo volume is 503 liters compared to 487 liters available with the Corolla Cross.

Another plus for the Sportage is the presence of Panoramic Sunroof which adds to the charisma of being inside the cabin whereas the Corolla Cross gets a standard sunroof above the driver/ front passenger row. 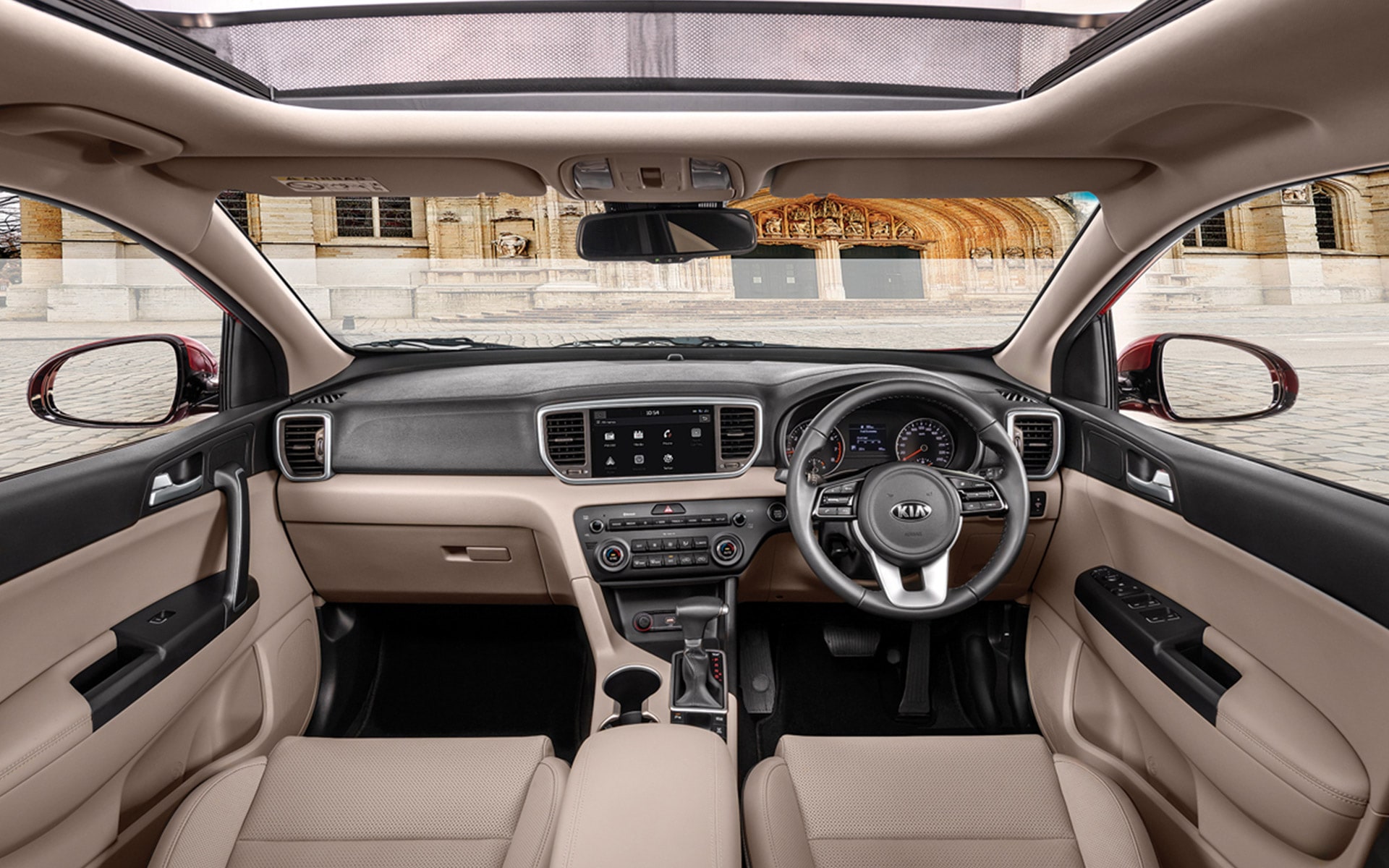 As for multimedia infotainment system the Corolla Cross has the edge, since the Sportage gets 7-inch screen in the base variant, whereas higher grade variants get 8-inch touchscreen unit whereas in case of Corolla Cross there is a 9-inch unit as standard across the range. Furthermore the Sportage gets a 3.5-inch TFT screen for driver information display whereas Corolla Cross offers 4.2-inch in low-spec variants and a larger 7-inch MID display in the higher-spec models.

Both the vehicles are loaded with an array of features & equipment. However we will have to wait to see what makes its way here with the Corolla Cross in Pakistan. Both vehicles offer multi-function steering wheel, power steering/ windows/ mirrors, rear air vents, power tailgate, climate control, reversing camera with parking assist, seat height adjustments, folding rear seats, key-less entry, engine immobilizer and much more. 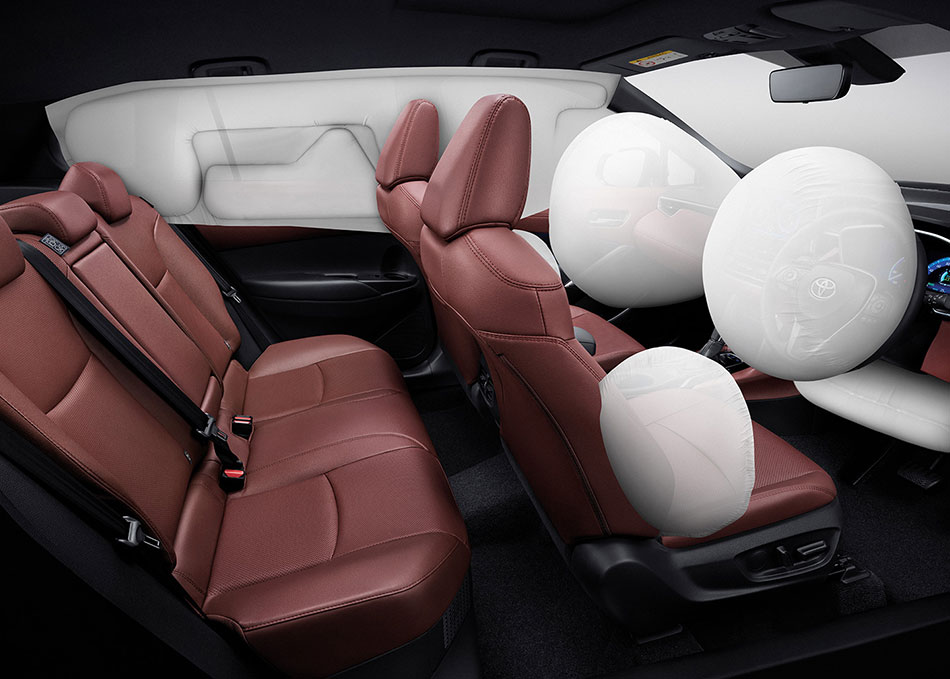 Corolla Cross offers up to 8 airbags 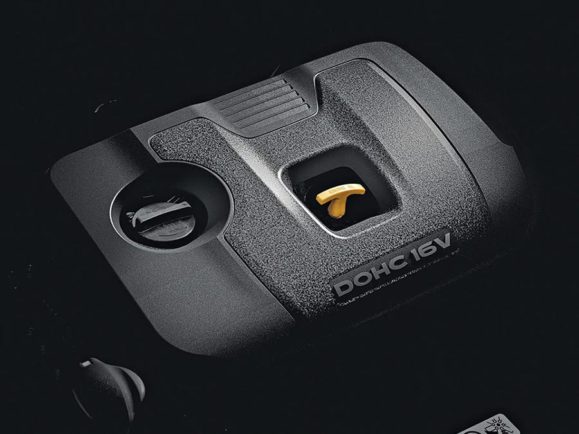 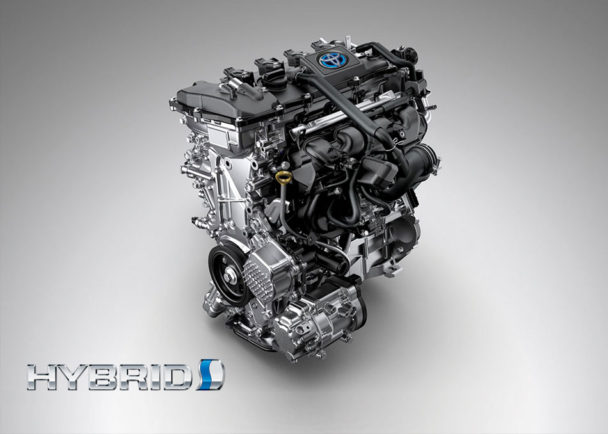 In terms of power, the local assembled Kia Sportage gets 2.0L Nu Gasoline MPI engine that delivers 157hp of power and 196Nm of torque. The Corolla Cross hybrid gets 1.8L 2ZR-FXE engine punching out 98 hp and 142 Nm. There is a 600-volt electric motor supplementing the setup with 72 hp and 163 Nm. Also there is a 1.8L petrol (non-hybrid) version that gets 2ZR-FBE gasoline engine with 140 hp of power and 175 Nm of torque, however we will have to wait to find out whether a naturally aspirated version is going to be introduced in Pakistan or not.

As for transmission, the Corolla Cross gets 7-speed CVT-i for petrol & e-CVT for hybrid versions whereas the Sportage gets 6-speed automatic transmission as standard. The key difference here between the two is the fact that Corolla Cross is front wheel drive (FWD) only, whereas in Sportage you get FWD as well as AWD (all wheel drive) version.

It will probably be difficult for IMC to price the Corolla Cross lower than the Sportage because of which the company wanted to highlight the benefits of hybrids and its fuel consumption advantage over the conventional gasoline engines. The Corolla Cross will initially be launched as CBU import, however depending on its success the company will proceed to assemble the vehicle locally. If all goes well, the Toyota Corolla Cross is likely to be introduced in Pakistan towards the end of this year.

What are your expectations with the upcoming Toyota Corolla Cross? Let us know with your comments.