One of the major developments in the automobile sector after the announcement of new Automobile Policy is the replacement of Pak Suzuki’s aging Cultus with the rather modern Celerio hatchback.

Pak Suzuki had officially discontinued the production of 1000cc Cultus in February 2017 and is currently delivering the pre-booked units. Keeping in view the immense popularity of the Cultus brand tag, the company has decided to rename the Celerio hatchback as New Cultus.

Industry insiders suggest that Pak Suzuki is preparing to launch the New Cultus by the end of April 2017, however no official announcement has been made by the company in this regard. A spy-shot surfaced the social media earlier today showing ready units of Test Drive vehicles parked in the factory compound. 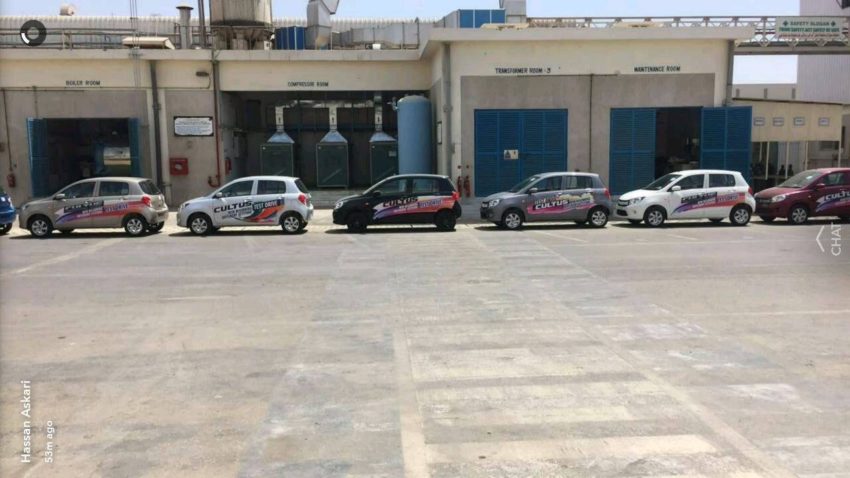 According to the information received so far, the New Cultus will be available in two trims, VXR and the VXL. The VXL trim will be equipped with chrome radiator grill, fog lamps, body colored door handles & side mirrors, alloy rims, mud-flaps and more importantly Anti-Lock Brakes (ABS). The VXR comes without chrome grill & fog lamps, it has black colored door handles & side mirrors, comes with steel rims while there is no ABS in the base trim.

The new Cultus equipped with 998cc K series engine will be slotted between the WagonR and Swift and is likely to be priced around PKR 1.25 million. After the launch of Vitara SUV and Ciaz sedan, the launch of new Cultus shows Pak Suzuki’s serious efforts towards enhancing their reputation in Pakistani market ahead of the upcoming competition. Stay tuned to CarSpiritPK for more information on the New Cultus launch.