Pak Suzuki Increases Prices of its Cars by up to PKR 350,000

Auto consumers of Pakistan are witnessing yet another round of price revisions as automakers keep on increasing prices in quick successions ever since Rupee started to nosedive against the US Dollar.

In the latest move, Pak Suzuki has announced the revision in prices of its local assembled as well as imported models by up to PKR 350,000. The new prices are applicable from the 1st of July 2019. Al-Haj FAW, Honda Atlas and Indus Motors (Toyota) have already announced their price revisions. 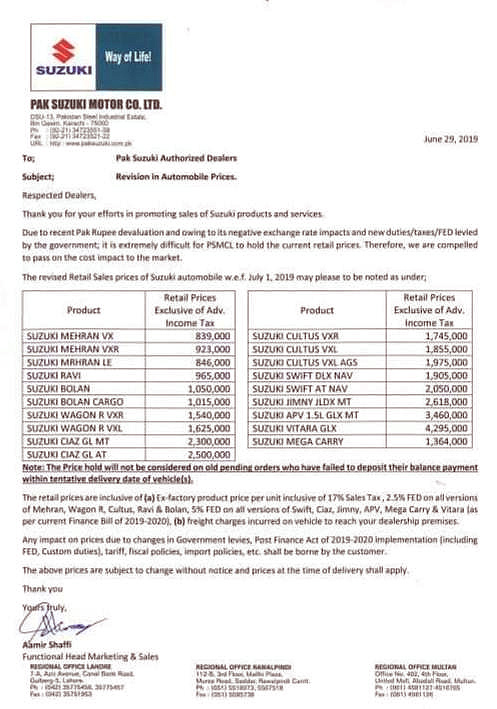 According to the notice sent to its dealers, Pak Suzuki have declared the Rupee devaluation which owes to negative exchange rates and new duties/ FED imposed by the government as the reason behind the latest price increase. Bear in mind the mentioned prices are exclusive of advanced income tax. Furthermore the prices of newly launched Alto 660cc remain intact.