In a recent move, Pak Suzuki, country’s largest automobile manufacturer has suspended the bookings of their 1000cc WagonR. Notice has been sent to nationwide Suzuki dealerships instructing them to suspend the bookings with effect from 1st February 2018.

The suspension is cited as temporary and will be resumed after some time, however no specific timeframe has been given in this regard. The company will deliver all orders booked prior to 1st February, as these bookings will not be affected by the temporary suspension. 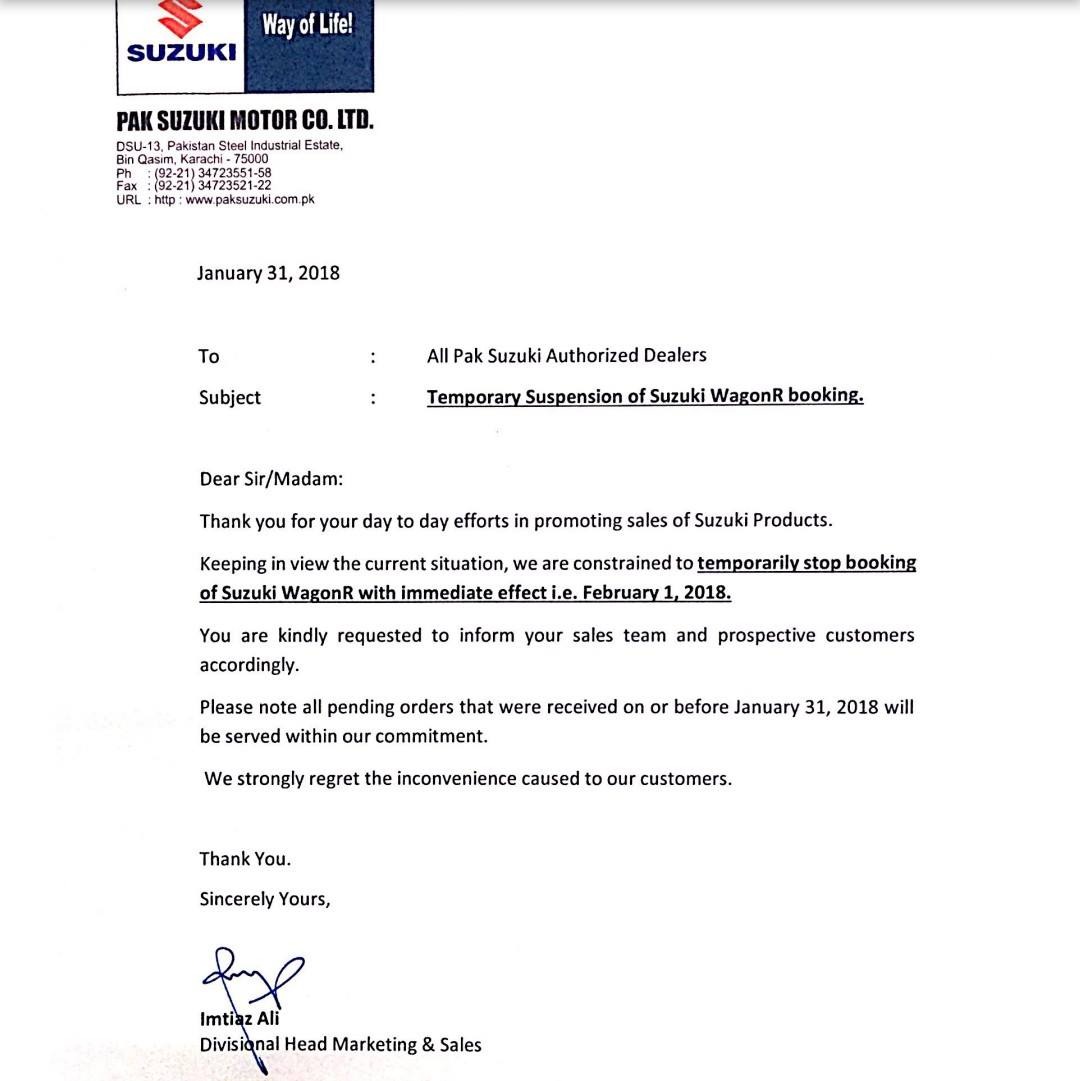 Although no reason has been officially disclosed, it is believed that either Pak Suzuki wants to shift more of its customers to new Cultus (Celerio) which, with its higher price tag has greater profit margins for the company. Bear in mind the Celerio comes cheaper than the WagonR in most international markets but its vice versa here.

It is also believed that Pak Suzuki may push the prices of WagonR up whenever the bookings resume in order to make space for the new Alto, which is likely to replace Mehran (most likely) towards the end of this year. However these remain assumptions and nothing official has been stated by Pak Suzuki as of now.

WagonR is Pak Suzuki’s second best seller after Suzuki Mehran with average monthly sales of around 2,300 units a month which is even more than that of the hot seller Bolan. Stay tuned to CarSpiritPK for more information on the WagonR bookings.