If You Were a Policy Maker at Pak Suzuki?

Pak Suzuki is the largest automobile manufacturer in Pakistan with over 50% market share. The company enjoys unrivaled dominance in the small car segment, or say the sub 1.5 million price territory.

However, the largest auto manufacturer is highly criticized for selling obsolete, feature ripped and overpriced vehicles that lack fundamental safety equipment and possesses questionable built quality that fails to meet the export standards.

In a market that is a perfect example of oligopoly, where few manufacturers safeguard each others’ interests by not introducing a rival product in the market, Pak Suzuki enjoys zero competition ever since. Toyota & Honda in the course of more than two decades, despite having some good low budget cars in their international portfolio never considered introducing anything that would harm the interests of Pak Suzuki.

If we look at Pak Suzuki’s lineup in Pakistan prior to the Auto Policy 2016-21 was announced, it displayed a hopeless range of locally assembled vehicles which (sparing the WagonR) were completely outdated and consisted of models that were no longer offered in the rest of the world.

When the new policy was announced, Pak Suzuki was at the forefront of criticizing it since they wanted the same incentives which were given to the new players. Pak Suzuki also hinted to invest $430 million on development of its second plant only if it was granted similar incentives.

Now however, the Pak Suzuki product portfolio in Pakistan looks a bit better than before. The 2 decade old Cultus was replaced with Celerio, while Vitara SUV and Ciaz sedan were launched as CBU imports, and recently the Mega Carry (imported) has also been introduced in Pakistan. 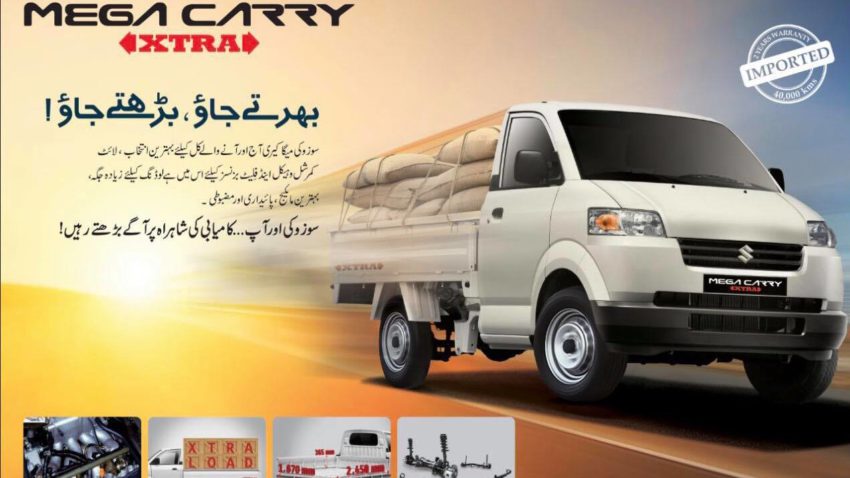 Interestingly enough, since more than 25 years the consumers were being told that the local production is better for the country & its people while imports hurt the economy. Now the term ‘Imported’ is being proudly used as almost all the ‘better’ options in Pak Suzuki’s lineup are being imported as CBU.

However looking at the recently introduced options the Celerio (New Cultus) is overpriced but still doing well as it has no competition in its class. Around the world the Celerio comes cheaper than the WagonR but it’s totally opposite here in Pakistan. The Ciaz sedan that was launched earlier this year is a highly stripped version and lacked a dozen features found in international variants.

But just when you thought Pak Suzuki couldn’t take away more, they threw in the Mega Carry and it beats the Ciaz in terms of taking away everything. The ‘imported’ Mega Carry doesn’t even have headrests, no vents, no aircon, no heater nothing!

If you compare Suzuki’s product lineup from other markets and compare to what is being offered in Pakistan there is a day & night difference. Cars like the S-Cross, Ertiga, New Baleno and the Ignis in Pakistan seems like a dream that’s never going to come true. 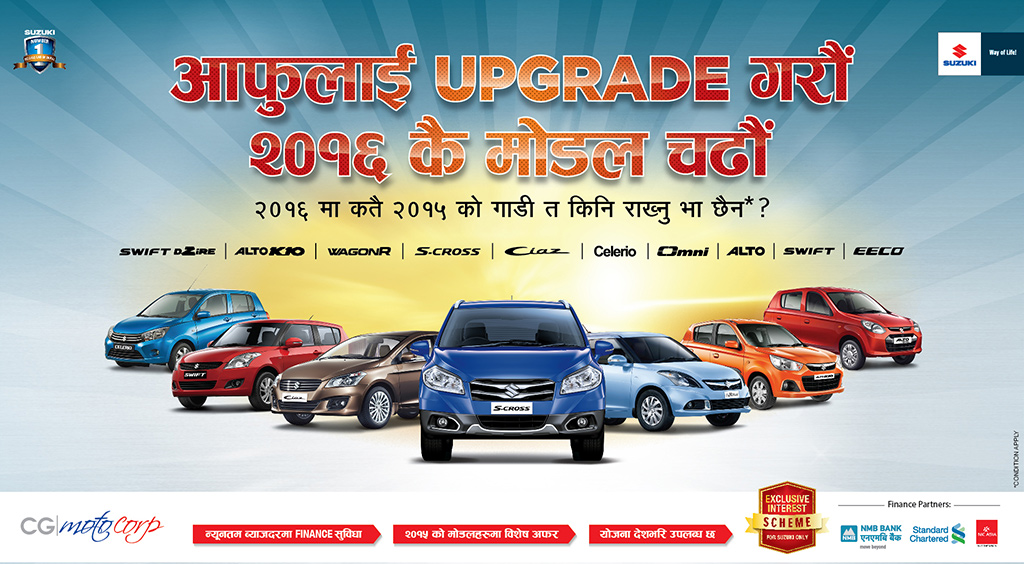 Considering the severe competition that’s surfacing ahead of us, it is high time for Pak Suzuki to enhance their reputation in our market, which in my opinion is at stake at the moment. If they are able to offer quality products at reasonable prices backed by proper after sales support then it will be a win-win situation for Pak Suzuki. But if they keep on offering under-spec options with a high price tag, things might not be too good to them in future.

Pak Suzuki seriously needs a long-term vision & better policies as now it’s not that important to make profits, it’s important to win consumers’ hearts, to make goodwill and to enhance their image as an automaker serious towards delivering modern, better, safer & fuel efficient vehicles to the people of this country.

If you were a policy maker at Pak Suzuki, how would you prepare to face the upcoming competition in automobile sector? Let us know with your feedback.