Pressurized Containers in Cars May Explode Due to Extreme Heat

Related: How Hot Can the Interior of Your Car Get and How Quickly?

As said earlier, these pressurized containers are designed to sustain a certain temperature. You should never throw such a container onto fire or leave it under direct sunlight – even if it is empty. This is because the pressure will build so up so much that the can will burst and can explode too if there is a flame nearby.

Why does this happen?

The particles in a gas are always moving. They bump into the walls creating a pressure. When a gas is heated, its particles speed up. The faster particles bump into the container walls more often. Each collision is harder because the particles are moving faster.

The increase in gas pressure is not enough on its own to be dangerous. The pressure further increases because more of the liquefied propellant turns into a gas. You can see this at home when a saucepan of water starts to boil. The water turns into steam and produces a huge increase in pressure – enough to lift up the saucepan lid. 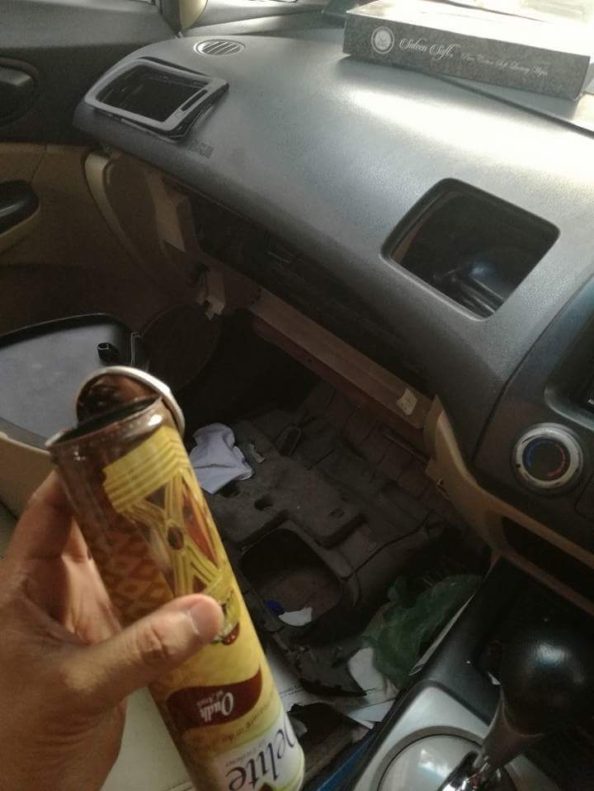 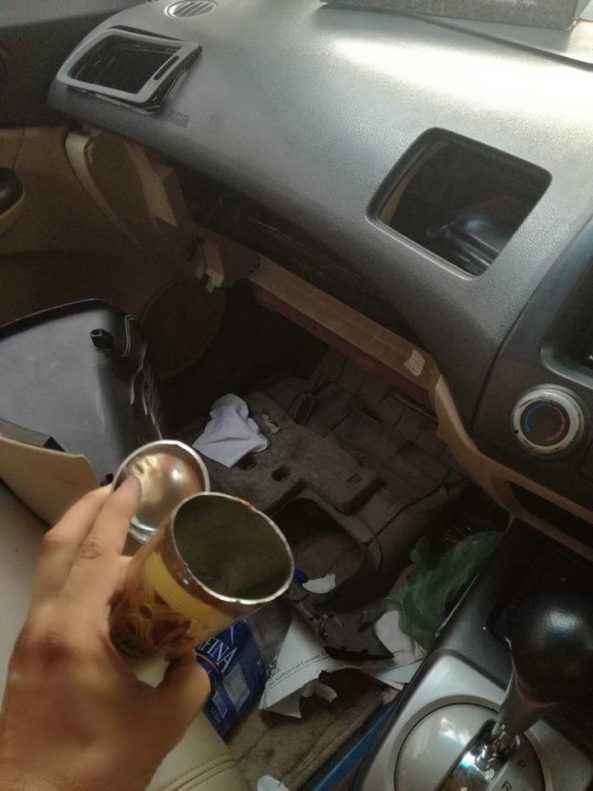 A recent example was posted on social media a couple of days ago when an air freshener can burst into the car, luckily when no one was around. The explosion badly damaged the dashboard, glove box, air vents and other interior components of the vehicle. According to the owner, the can was kept in the glove box in a car which was parked under direct sunlight. Due to excessive heat trapped inside the vehicle the can exploded, and damaged good part of the vehicle’s interior. 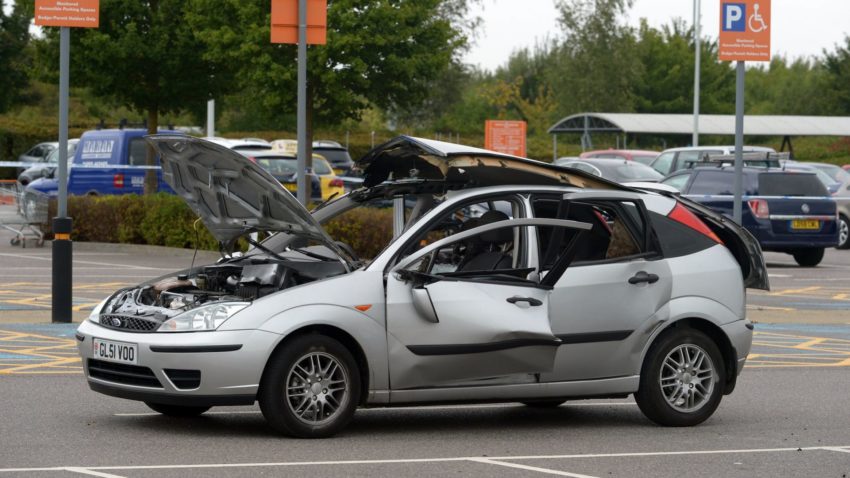 In September last year, an air freshener caused a car to explode in Essex, UK. Dramatic pictures show the doors, windscreen and roof were completely blown out following a “very loud bang” inside the silver colored Ford Focus. A man who was rescued from the hatchback was taken to hospital with only minor injuries. According to investigation, the explosion happened after a build-up of gases from an air freshener (leakage) was accidentally ignited by a cigarette. 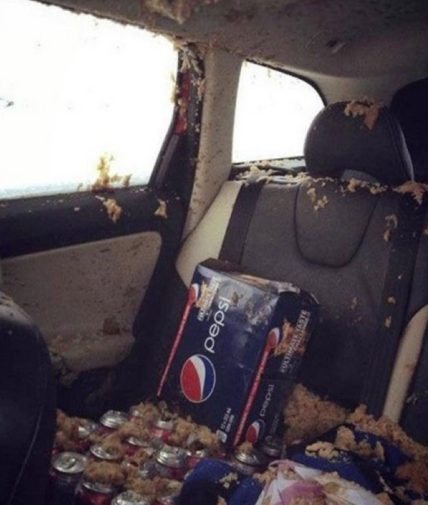 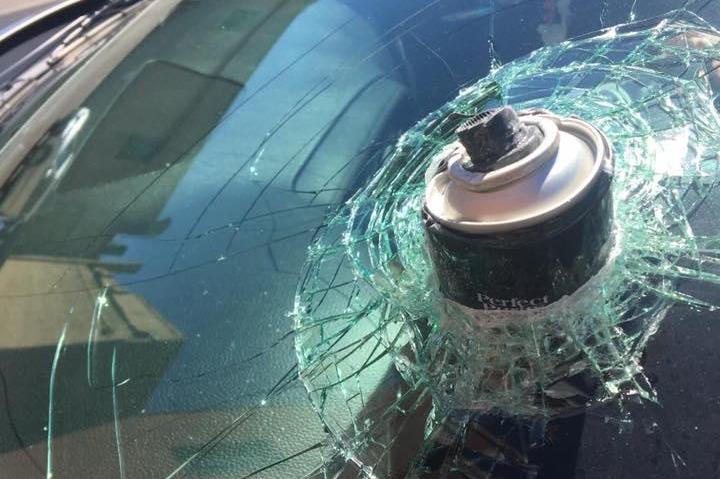 Another incident from UK was reported where the driver found the Pepsi cans he left in the backseat of the car blown up. This shows that even soda cans have the tendency to explode if kept in a (hot) car for long. The last picture shows a hair spray container that blew off due to excessive heat thus severely damaging the windscreen of the car.

Related: How to Prevent Cars From Overheating in Traffic Jams

It’s always better to take precautionary measures to avoid anything that may lead to serious troubles for you and your loved ones. Stay safe, always be sure that no pressurized container is left in your car.

FacebookTweetPinLinkedIn
Subscribe
Login
0 Comments
Inline Feedbacks
View all comments
Tags:aerosolspressurized containerssafety
previousNissan and Mitsubishi Join Hands for Southeast Asia Push
nextToyota Admits it had a “Rather Bland Design” Language in the Past