Malaysian automaker Proton has entered the Kenyan market with the first batch of cars, consisting of 30 units of the Proton Saga. The cars were shipped as completely knocked down (CKD) kits and will be assembled by Simba Corporation, a diversified conglomerate with sales and assembly experience in the automotive industry.

“While strengthening Proton’s domestic position is critical to truly be acknowledged as an international car maker, we need to see our products in places as diverse as Bangkok, Islamabad, Cairo and now, Nairobi.” 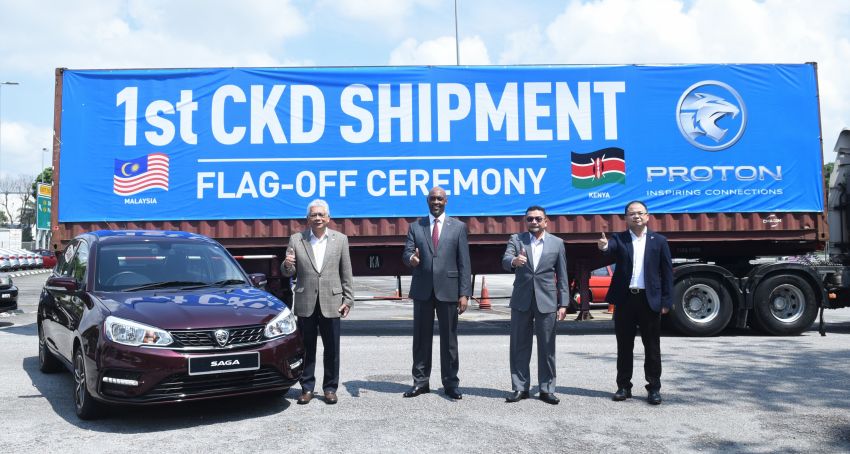 The guest of honor for the ceremonial flag-off ceremony was the Kenyan High Commissioner for Malaysia, Francis N Muhoro. During his address, Muhoro explained how his country has a Look East policy, adding his wish is for more Malaysian companies like Proton to discover the investment opportunities in Kenya. He said:

“Malaysia and Kenya share many similarities, from a colonial past to our efforts in developing our nations. Proton’s entry into the country is not just as an entry into a market of 51 million people but it is also a gateway to a potential market of 1.3 billion inhabiting the African continent.”

According to Proton, the decision to export Saga sedan in CKD form was made following close consultation with its Kenyan partner. Aside from attracting lower taxes by being locally assembled, CKD assembly will help spur development in Kenya’s auto manufacturing industry. 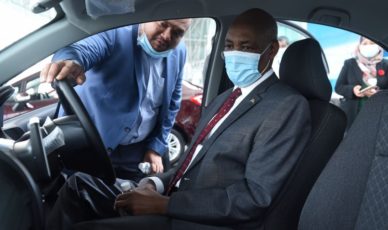 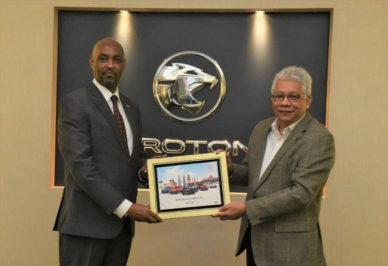