Proton is edging closer to introduce its range of vehicles in Pakistan starting from X70 SUV in December 2020 followed by the Saga sedan towards January 2021.

Related: Proton All Set to Launch Its First Cars in Pakistan

As we are getting closer to the launch, the Proton Saga is starting to appear on our roads more frequently than before. Spy shots of camouflaged test mules were already appearing on the internet on regular intervals & now looking at their registration details confirms the fact that Saga, as exclusively reported by us in February earlier this year, will be carrying a slightly downsized 1299cc engine for Pakistani market to better utilize the local tax structure. 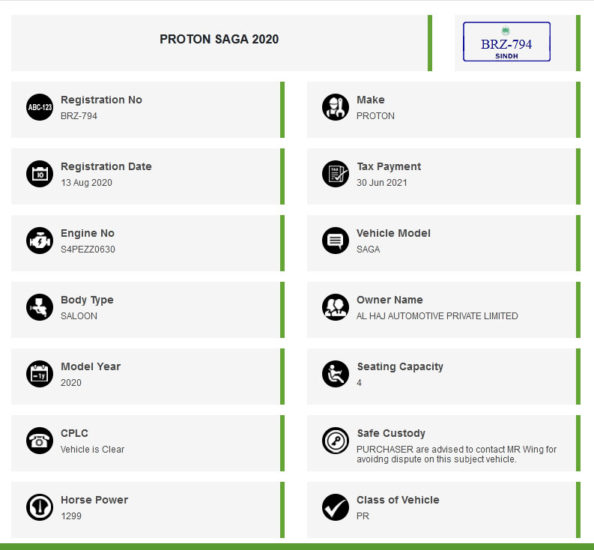 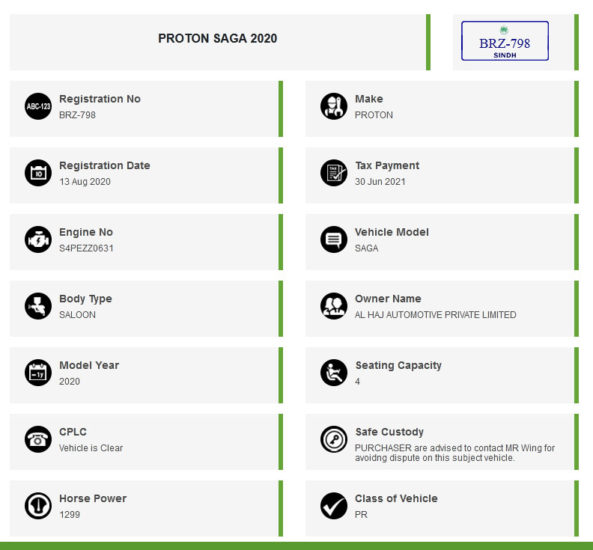 Hilariously however, the Sindh Excise & Taxation website’s new layout shows engine displacement labeled as horsepower which is a big blunder & should be rectified at the earliest. This makes Proton Saga even more powerful than the Bugatti Veyron 😀 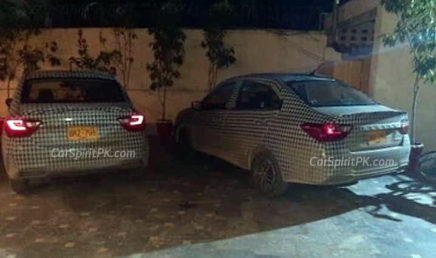 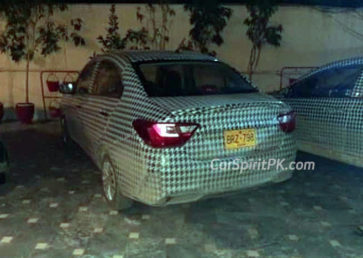 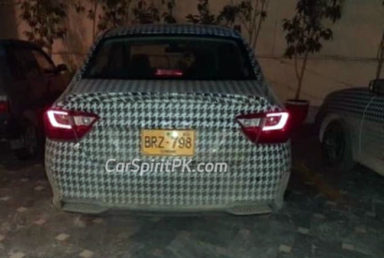 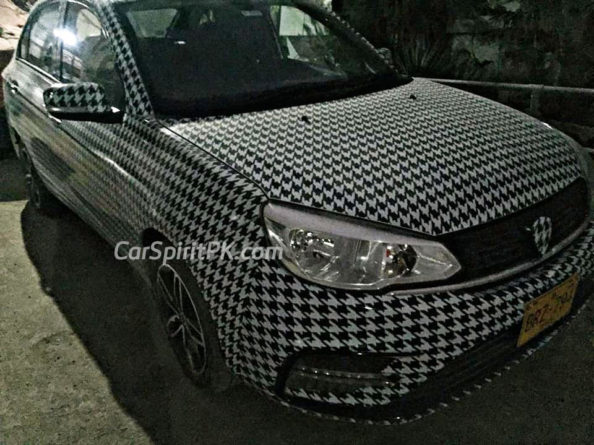 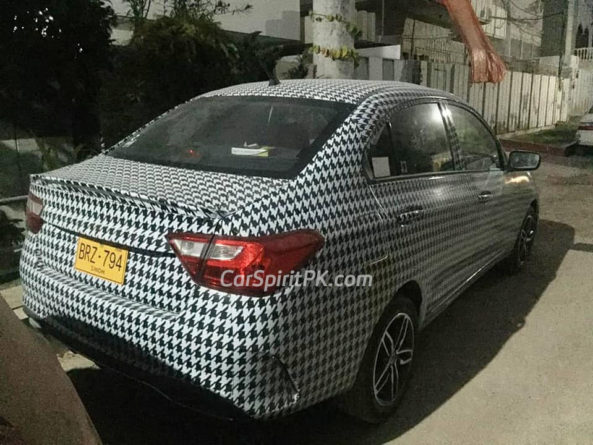 Coming back to the point, the pair of test mules also gives us a hint of two different variants– Standard & Premium with former to be available in both manual & automatic transmission option whereas the latter will come equipped with auto tranny only. As evident from the images, the Premium version (BRZ-794) is equipped with alloy wheels whereas the Standard version (BRZ-798) comes fitted with smaller steel wheels with caps. Also to be noted is that the Standard variant has got black door handles & side mirrors, whereas the Premium variant have camouflaged ones which means they will be body colored. Interior is likely going to feature some differences especially in terms of equipment as well. 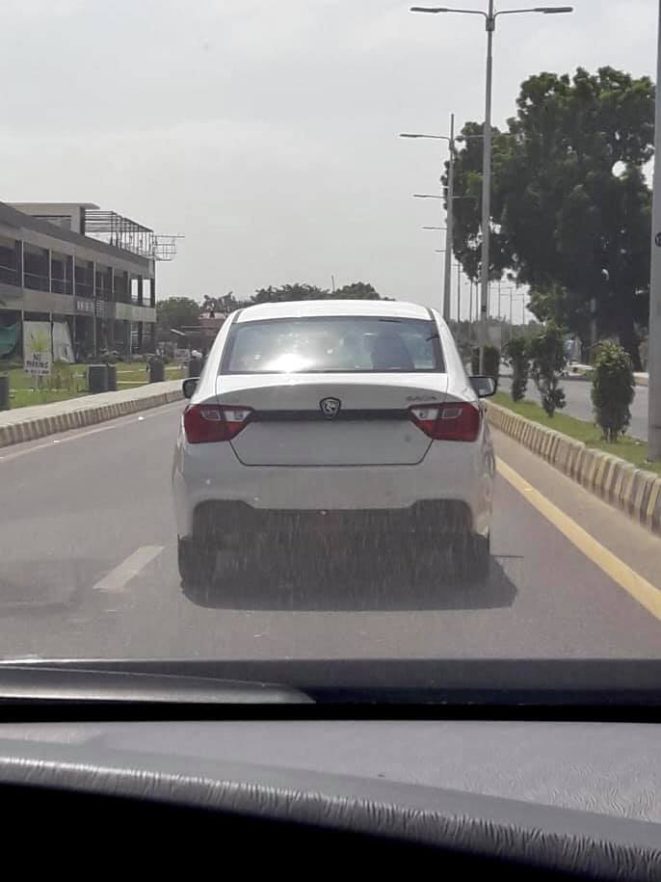 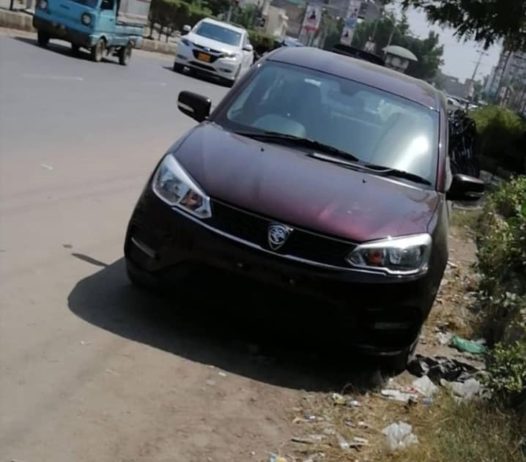 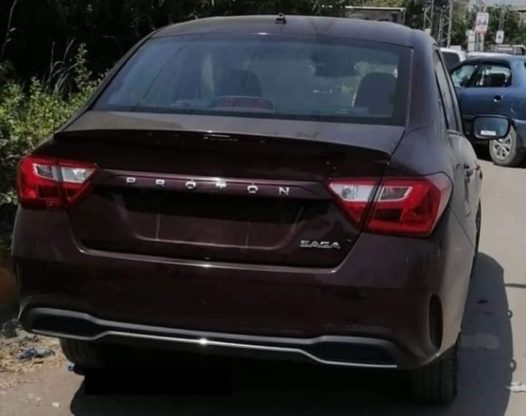 And that’s not all, the closer we are getting to the launch, the Saga has now started to shed off its camouflage, now appearing in its true form. The Rosewood Maroon Saga was recently spotted in Hyderabad is the actual Geely-blessed facelift version that’s set to be introduced in Pakistan soon whereas the White example that was seen in Karachi & is doing rounds on social media is actually the pre-facelift model (1332cc) that was imported in late 2018 for trials & tests and was exclusively examined by us as well, see here.

Although there is no official word regarding prices as of yet, but our sources have revealed that Saga will be competitively priced & lower than the primary competition which consists of the newly introduced Toyota Yaris & the under-spec grandpa the 5th gen Honda City which remains unchanged since January 2009. Furthermore the base variant is likely to be priced around Suzuki Cultus which cost up to PKR 2.03 million (VXL AGS) thus Saga will entice hatchback buyers into buying an entry-level sedan.

Proton Saga will also be facing stiff competition in form of upcoming Chinese rivals, the BAIC D20 and Changan Alsvin, both of which are eyeing the same price territory and as per sources will battle to be called as the cheapest new sedan available in Pakistan. More details on Proton Saga to be shared soon, stay tuned to CarSpiritPK.

Edit: Just after publishing this article our esteemed follower Saqib Hussain Arain has shared the images of Proton Saga (BRZ-794) test mule, the Premium AT version now without camouflage: 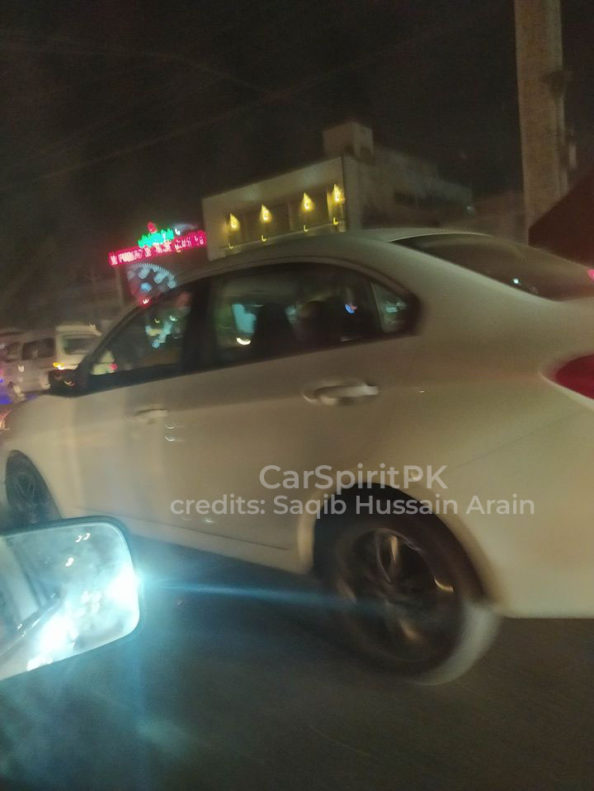 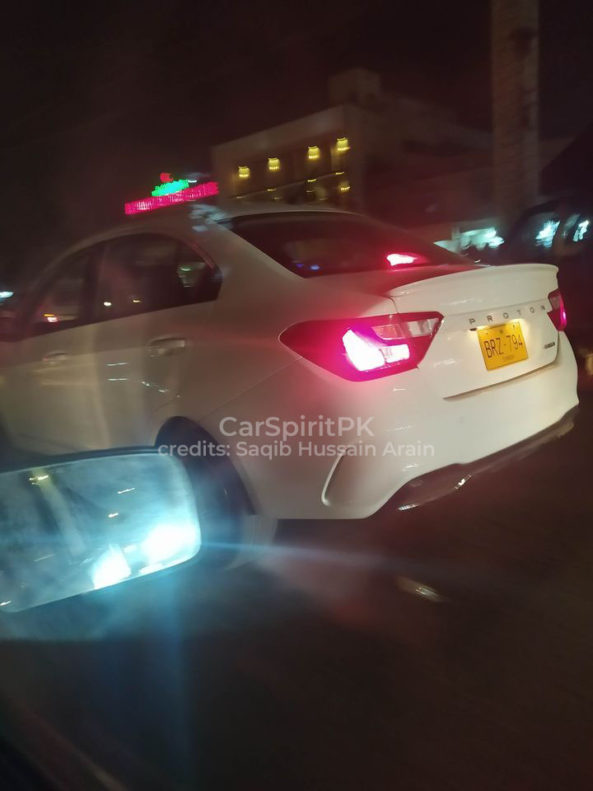