Proton launched its much anticipated and first ever SUV, the X70 in Malaysia in December 2018. Based on the Geely Boyue, the X70 is also Proton’s first model to be developed ever since it came under the umbrella of the Chinese auto giant.

The X70 SUV have seen remarkable success since its launch. Even before the official launch ceremony, Proton had received over 10,000 bookings for its first-ever SUV model. The X70 also set a Malaysian record for most registrations by an SUV in its launch month. Then with 2,777 units registered in January 2019, the Proton X70 set a new record for the most C-segment SUV registrations in a single calendar month.

In January 2019, Proton sold 7,007 cars which is an increase of 33.6% month-on-month basis. While a 46.5% growth was recorded on year-on-year basis over January 2018, making Proton the market leader in growth rate for the Top-3 automotive brands.

Proton was the brainchild of former Malaysian Prime Minister Mahathir Mohammad. As the national carmaker it enjoyed all sorts of assistance from the government. The 36-year old Malaysian brand at one time was the market leader, commanding three-fourth of the country’s auto sales. But in year 2017, it sold only 70,991 units, capturing merely a 12% market share. Now after Geely’s acquisition, Proton has reportedly retained a market share up to 14.5% already. 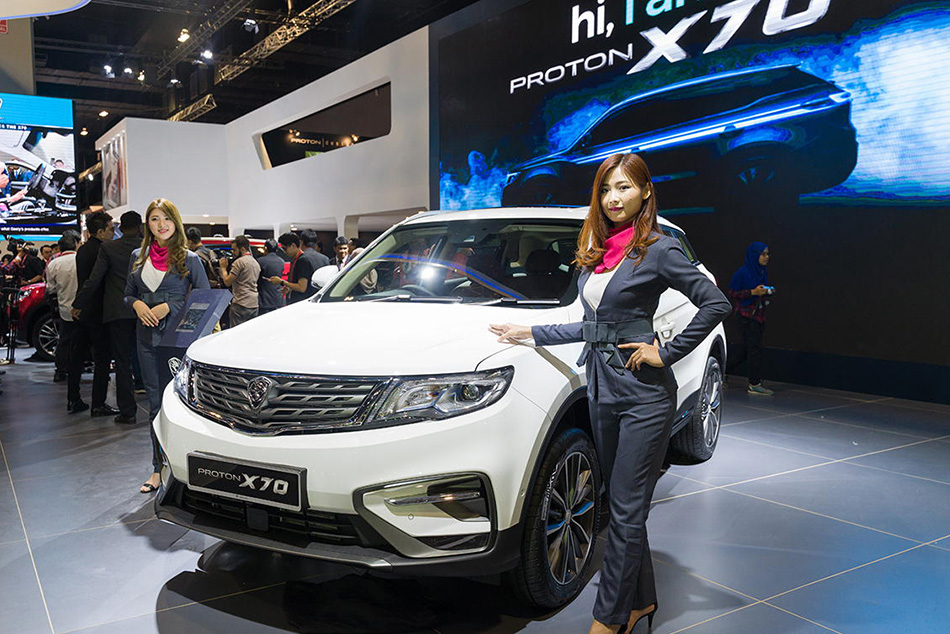 “There is still a long way to go for the brand to fully recover but we will strive to continue to deliver a premium experience at our outlets while improving our model offerings.”

At the time of takeover, Geely announced that the company is committed to supporting the transformation of Proton with its expertise, and aims to build Proton into the most competitive brand in Malaysia and a leading brand in Southeast Asia. So far, this seems to be turning out to be true. Geely also aims to penetrate the Southeast Asian and more importantly the RHD (Right Hand Driven) markets using Proton’s badge.

Al-Haj group of Pakistan have signed an agreement with Proton last year, as the exclusive authorized distributor and assemblers of Proton vehicles in Pakistan. As per the agreement, Al-Haj will introduce various vehicles including hatchbacks, sedans, crossovers, SUVs and MPVs. The Proton Saga subcompact sedan and the Exora MPV have already been spotted testing in various cities of Pakistan.