Proton has been in the works to add a new flagship model in its lineup which will be a 7-seat SUV dubbed as the X90. Just like the Proton X70 and X50, the flagship X90 will be based on a Geely model– the Haoyue in this case since all future Protons will now be based on rebadged Geely models.

This isn’t the first time that Geely Haoyue has been spotted testing in Malaysia, as the test rounds are being carried on since quite a few months already. The camouflaged test mule was also a left-hand drive example which means the launch of Proton X90 is still far away. However as with the X70 and X50, the right-hand drive X90 will bear mild cosmetic variations to differentiate itself from the donor Geely model.

According to Proton deputy CEO Roslan Abdullah we will have to wait until next year for the X90 to be launched (in Malaysia). He said:

Coming back to the donor model Geely Haoyue (in China), which is sold as Geely Okavango in international markets, it gets 1.8L turbocharged four-cylinder petrol engine that serves up 180hp of power and300 Nm of torque, with drive going to the front wheels via a 7-speed dual-clutch transmission. Meanwhile, in Philippines, the Geely Okavango sports a 1.5L turbocharged three-cylinder with a 48-mild hybrid setup for 189hp and 300Nm, paired with a DCT sending power to the front wheels. 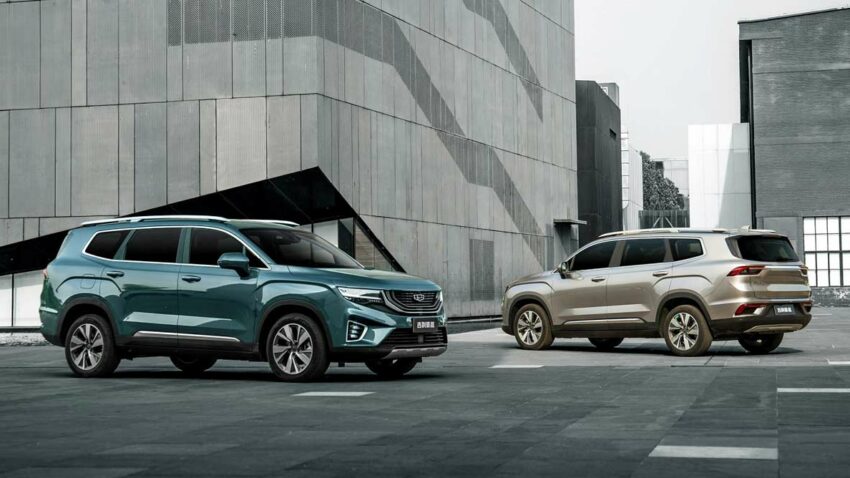 It will be too early to say anything about the engine or configuration of the X90, however being a flagship model its expected to offer more than any other Proton currently in the stable. The X90 is expected to break covers somewhere near the end of this year and will go on sale in Malaysian market somewhere during 2023.

Related: Why Another Facelift for Proton Saga? Roslan Abdullah Explains

Whether Proton will introduce the X90 in markets other than Malaysia is yet unknown at this stage although it has started to ship vehicles in various export markets. However in Pakistan despite nearly two years after making a comeback the Malaysian brand is struggling to pick up pace with 2 of its models selling less than just 350 units a month combined, as of May 2022.