South Korean automaker Kia finally unveiled the all new Sportage earlier this week, marking the arrival of 5th generation model of Kia’s most successful product in its portfolio.

Initial response from automotive media journalists & enthusiasts regarding how the new Sportage looks, has been quite overwhelming. But the car looks even better in real-life pictures that have already started to appear on South Korean motoring blogs. According to many, it looks even better than its cousin- the Hyundai Tucson which bears sharp polygonal creases on its side rendering the signature ‘parametric dynamics’ styling. And while it may look outstanding on the new Elantra and i20, it looks a bit overdone on the new Tucson. Nevertheless coming back to the Sportage, the design pays homage to its rich heritage with crisp lines rippling along the refined body, amplifying dramatic styling of the crossover. At the same time according to Kia, the space inside has been created that is truly state-of-the-art, fusing high-tech sensibilities into a contemporary style. 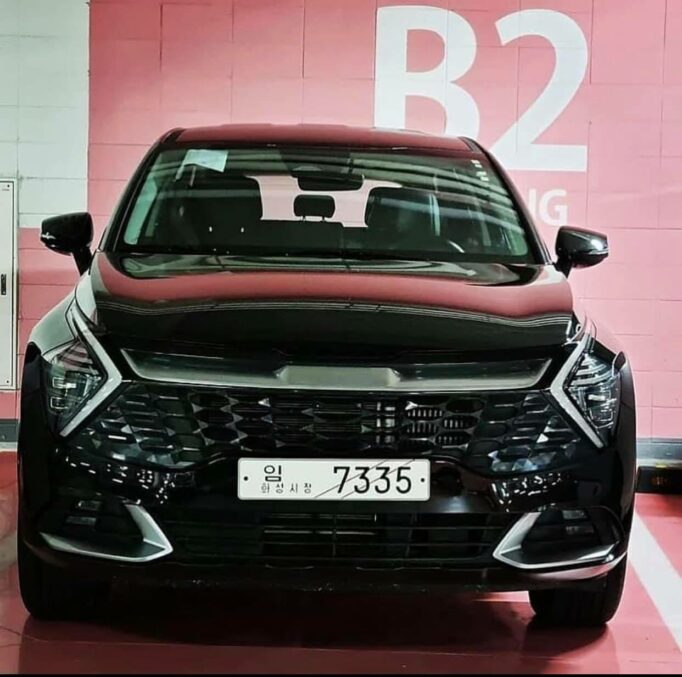 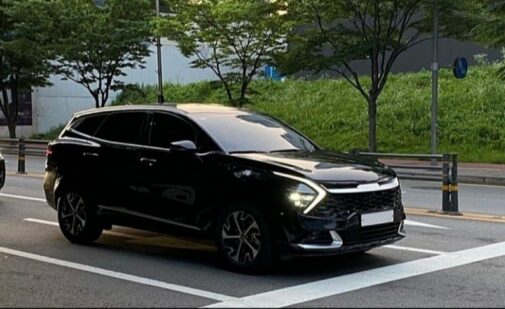 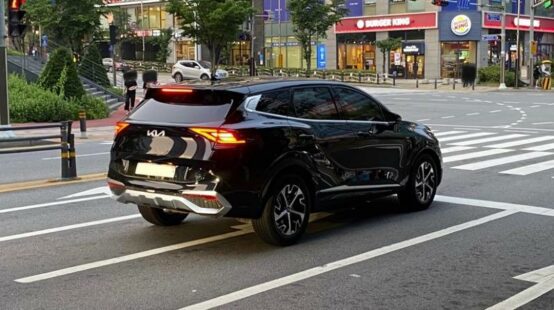 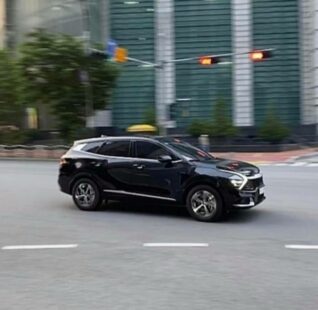 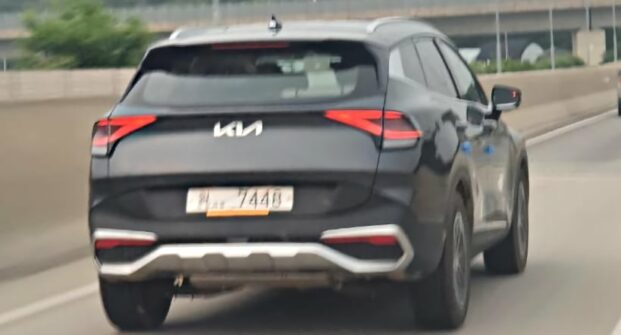 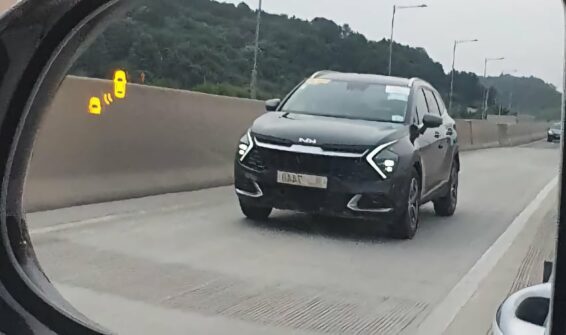 The all new Kia Sportage

“Reinventing the Sportage gave our talented design teams a tremendous opportunity to do something new; to take inspiration from the recent brand relaunch and introduction of EV6 to inspire customers through modern and innovative SUV design. With the all-new Sportage, we didn’t simply want to take one step forward but instead move on to a different level in the SUV class.

When you see the all-new Sportage in person, with its sleek but powerfully dynamic stance, and when you sit inside the detailed-oriented cabin with its beautifully detailed interior and first-class materials, you’ll see we have achieved those goals and set new benchmarks. In the all-new Sportage, we believe you can see the future of our brand and our products.” 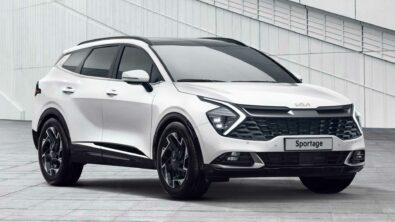 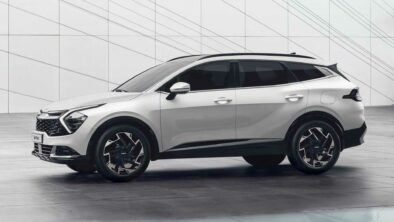 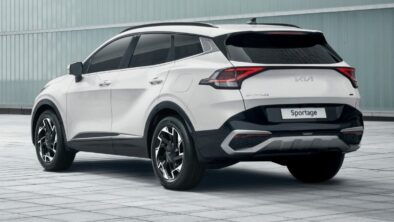 Up front, the design features a new iteration of Kia’s signature tiger nose grille, called as ‘Digital Tiger Face’. A dominating black mesh grille is flanked by large boomerang shaped DRLs while the LED headlamps are housed at the extreme ends. Towards the sides, the floating sideline is now sportier than ever as it gradually rises to the rear and reached the top at the D pillar. The rear end is accentuated by the new horizontal LED tail lights that are connected to each other via a thin strip while having new Kia logo underneath. The thick bumper which is partly black, features a skid plate diffuser element.

Inside, the fully redesigned dual-tone interior is spearheaded by the curved display that combines the digital instrument and the infotainment system. The three-dimensional air vents flow within the integrated curved display. The high-tech touch screen pad along with the advanced integrated controller aids for driver and passenger connectivity, functionality and usability needs. Kia has also replaced the traditional gear lever with a rotary gear selector with different driving modes. According to the automaker, high quality materials have been used in the interior that enhances the overall experience of being in the new Sportage. 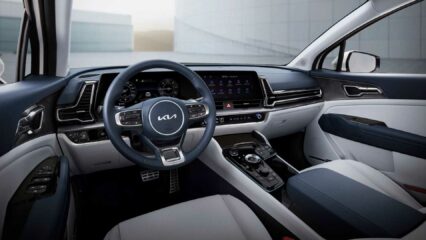 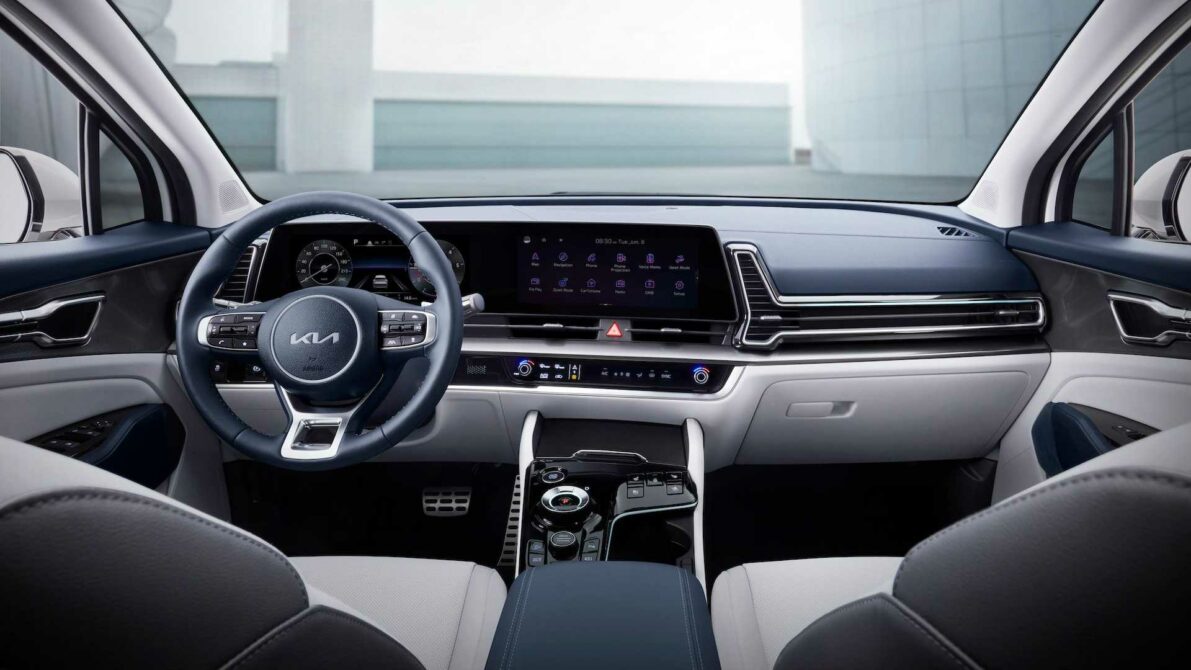 Interior of all new Kia Sportage

And not just fascinating in pictures, the all-new Kia Sportage looks quite dashing in this video, courtesy Woopa TV.

The all new Kia Sportage

For the first time in the Sportage’s history, a bolder model has been specifically designed to convey a more confident, vigorous and versatile character. The all-new Sportage X-Line features a unique bumper, side sill and curved roof rack. While on the inside, two colors are available for the interior including either sage green or black, as well as bold quilting and black metal wood to further bring to life the model’s confident persona.

Like Tucson, the new Sportage will be available in short as well as long wheelbase versions with hybrid option to be made available for the first time. The all new Kia Sportage will go on sale as a 2022 model year car starting from its home market (South Korea) later this year and will begin reaching other global markets thereafter.