Remembering Hillman Minx and Imp from 1960s and 70s

Before Japanese cars took over the local automotive scene, the market was largely dominated by European & American players in Pakistan. Volkswagen, Ford, Vauxhaull, Chevrolet, Zastava, Fiat, Skoda, Renault, Peugeot and Triumph were some of the common brands available in our market back in the old days.

Among these was one of the oldest British marque Hillman, which was created by the Hillman-Coatalen Company in 1907, and was later renamed to Hillman Motor Car Company in 1910. The company produced an array of good cars in its time, some of which were quite popular in our market too, however during its existence it kept getting into the hands of different owners, such as from 1929-1931 under Humber Group, then from 1931 to 1967 under Rootes Group and finally from 1967 to 1976 under Chrysler Group before it ceased to exist.

Recalling my early childhood days in the 80s, I can still remember a couple of Hillmans in our area, one in off-white and the other in orange color. The off-white one was owned by a lady who used to live in the very next street of ours. However by that time, these cars were already starting to fade off the roads in presence of Japanese brands such as Toyota, Datsun and Mazda which became quite popular from 1970s onward, while European cars were beginning to fade away.

One of the Hillmans available in our market was the Imp, which was a small economy car produced between 1963 and 1976. It debuted in May 1963 when Hillman was under the ownership of Rootes Group and was touted as the first British mass-produced car with the engine block and cylinder head cast in aluminium, as well as the first to use a diaphragm spring clutch. The available engines were in either 875cc or 998cc variations. 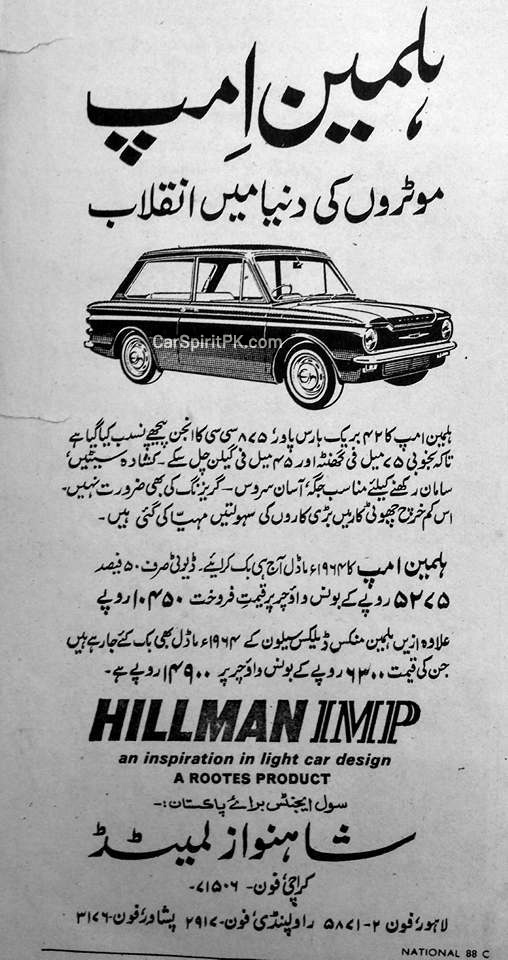 The Hillman Imp used a space-saving rear-engine, rear-wheel-drive layout to allow as much luggage and passenger capacity as possible in both the rear and the front of the car. It also used a unique opening rear hatch to allow luggage to be put into the back seat rest. The Imp incorporated many design features which were uncommon in cars until the late 1970s, such as a folding rear bench seat, automatic choke and gauges for temperature, voltage and oil pressure. 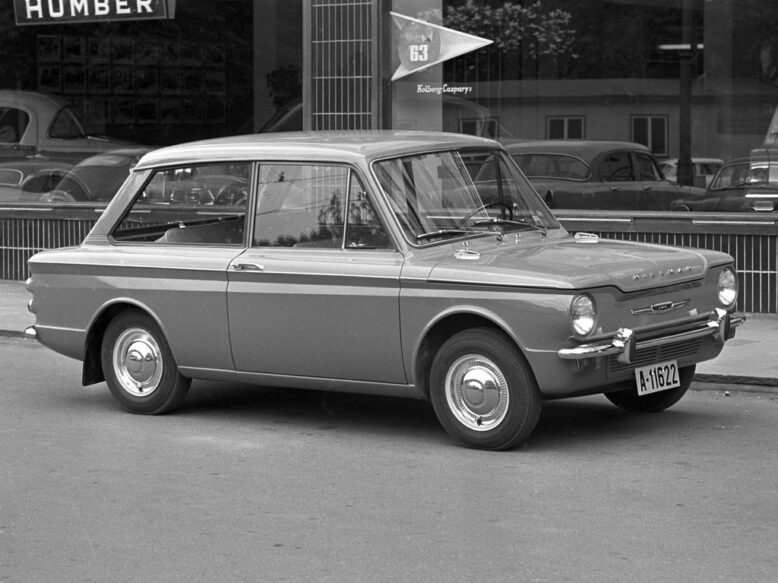 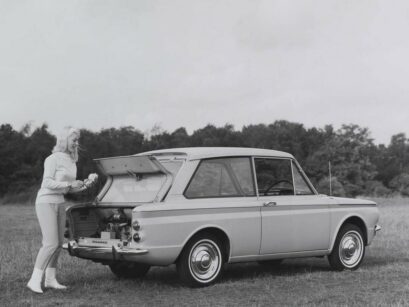 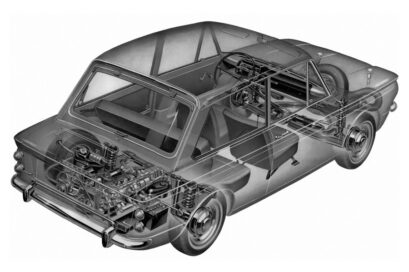 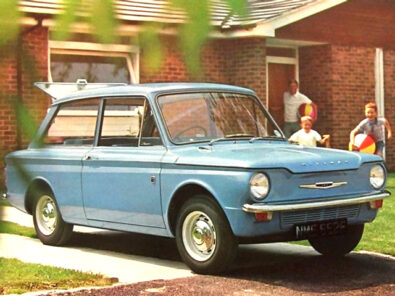 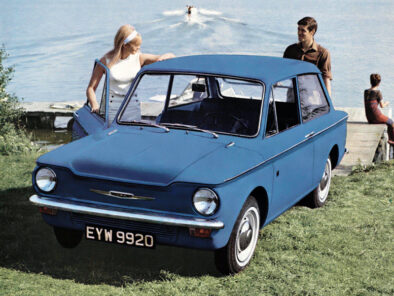 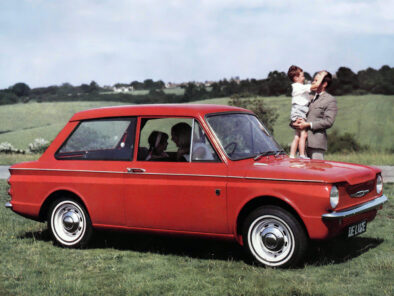 Although it was considered ahead of its time, the Imp nevertheless suffered from reliability problems, which harmed its reputation and led to the Rootes Group being taken over by Chrysler Europe in 1967. The Imp continued in production until 1976, selling just under half a million units in 13 years of its production. It was succeeded by Chrysler Sunbeam. 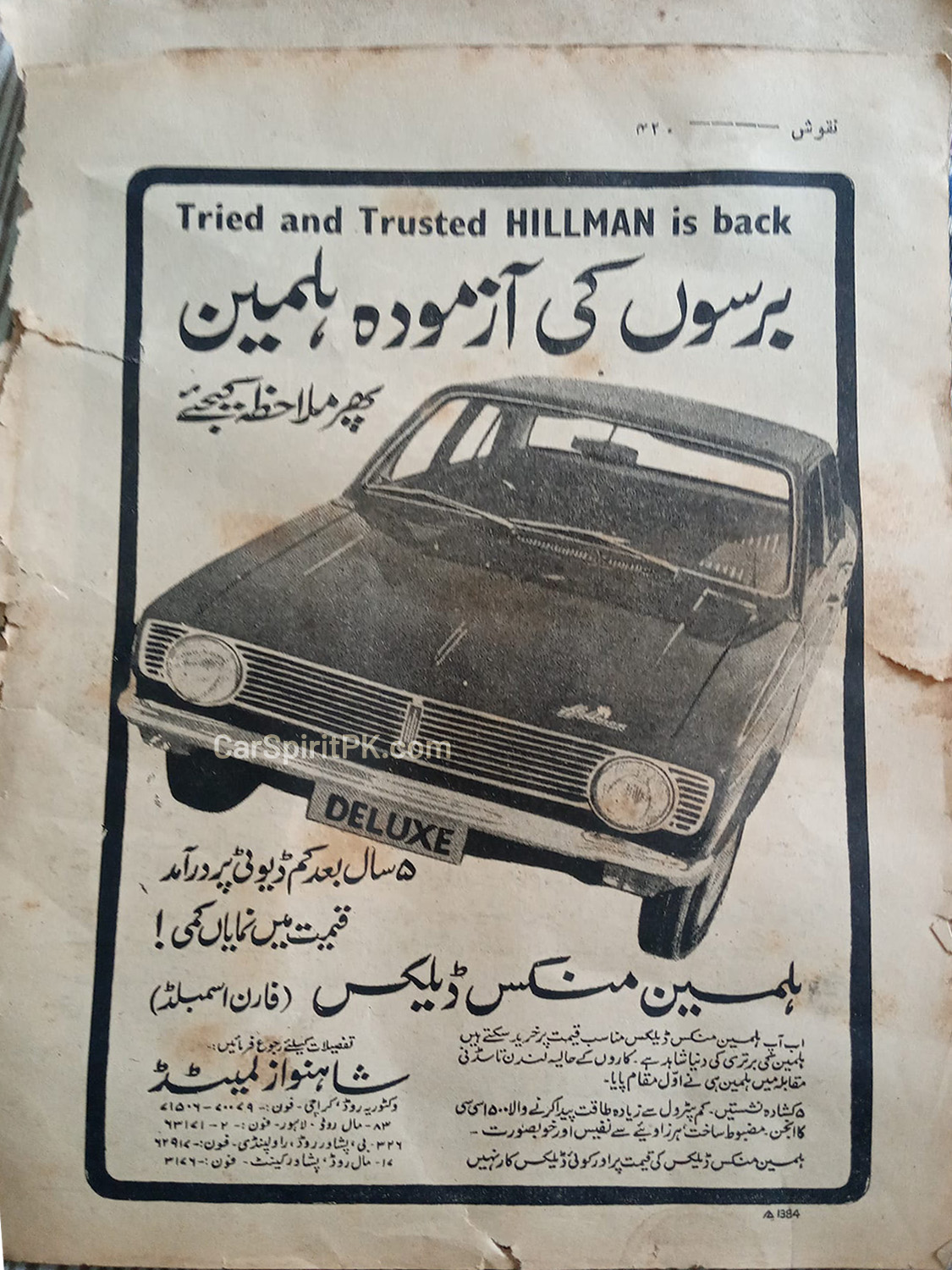 The Minx was bigger and a more successful model of Hillman. It was available between 1960s & 70s with multiple models (Minx/ Super Minx/ Minx Deluxe Saloon) available in our market. Though the one shown in the above picture is the final iteration which was produced between 1967 and 1970 & was based on the Hillman Hunter. 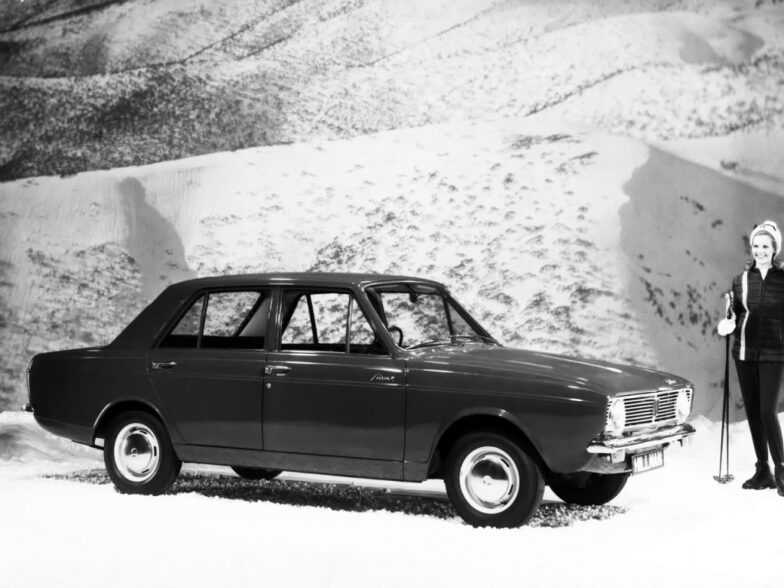 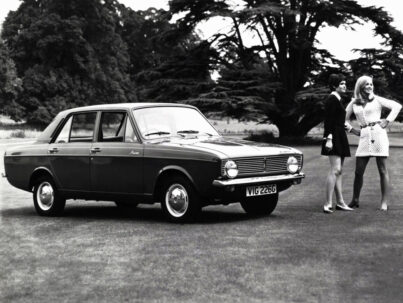 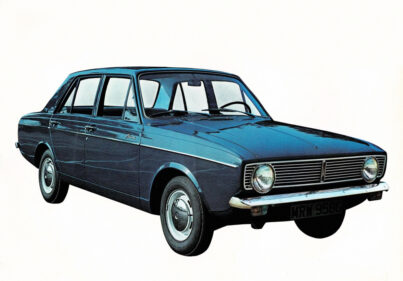 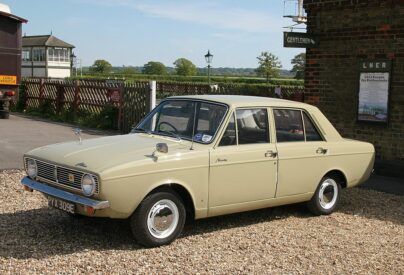 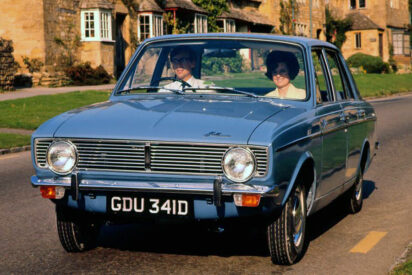 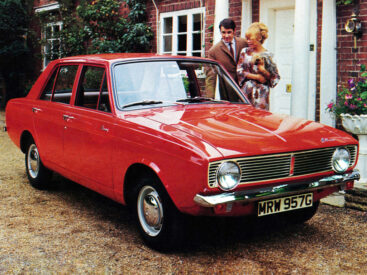 It was a basically a reduced specification version of the Hillman Hunter, initially equipped with a 54 hp 1,496 cc engine while a 61 hp 1,725cc engine became available by 1968. The final Minx was replaced by a Hillman Hunter De Luxe model in 1970. The car was also marketed as Sunbeam Minx.

The demise of European cars in our market is attributed primarily towards the presence of smaller & cheaper Japanese cars which were not only affordable but were reliable & efficient too. From 1970s and late 80s a huge variety of quality Japanese cars were available for the buyers however from 90s onward, the masses were forced to opt for local assembled options which were/are inferior to the ones available elsewhere.