Although on and off, one could spot a Sprinter model on Pakistani roads during the late 70s or early 80s, the generations which saw immense popularity in our country were the fifth generation E80, and the sixth generation E90 models, thanks to JDM imports. 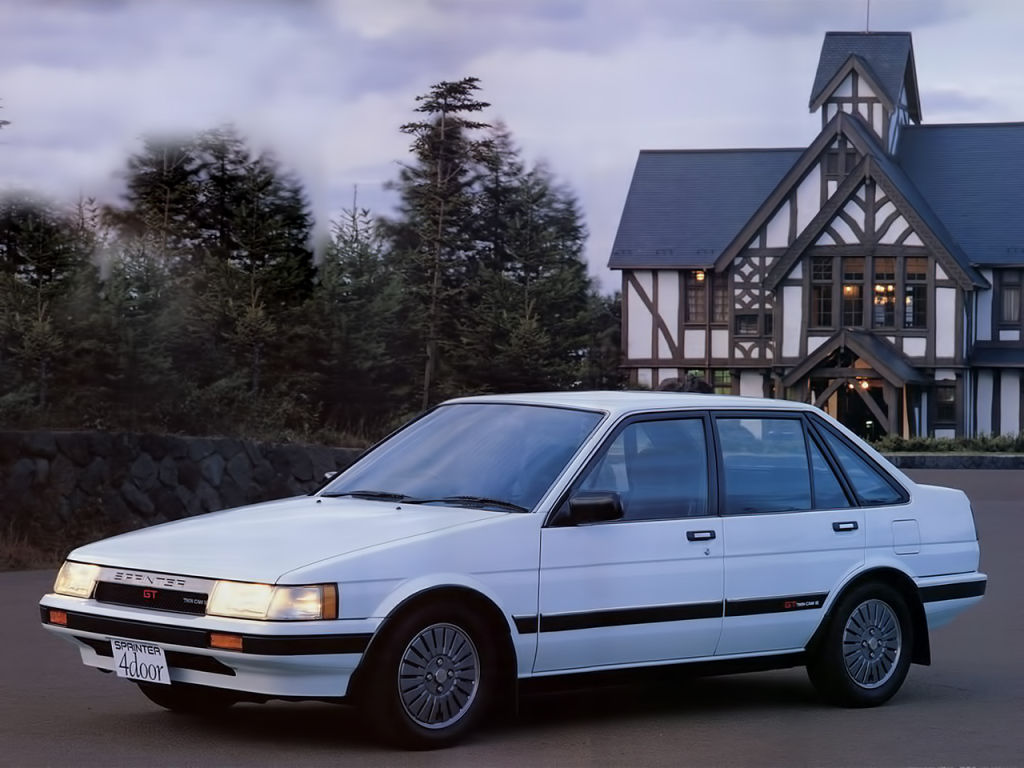 The fifth generation Sprinter E80 was based on the fifth generation Corolla range, and the range was split into FWD and RWD models. This was the last generation of Sprinters to have RWD, and remained a favorite among sports car enthusiasts, particularly in drifting. Its claim to fame was its appearance in the Initial D Japanese street racing manga/ animation series.

In Pakistan it was available as a FWD 4-door sedan, however back in its home there were FWD 5-door liftback, RWD 2-door coupe and RWD 3-door liftback models available as well. The Sprinter E80 was available in a number of engines, however the ones we had in our markets were either 1.3 liter 2E carburetor engines commonly, or 1.6 liter 4A-FE fuel injected units. 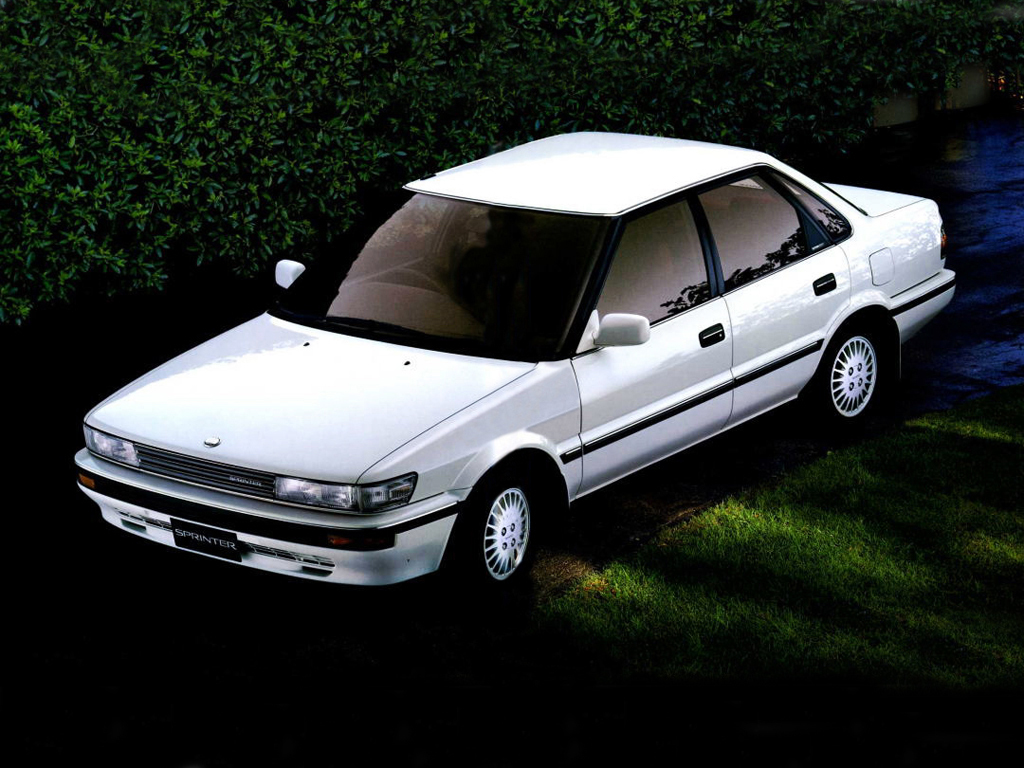 The Sprinter E90 was produced for a short period of time between 1988 and mid-1991. In Pakistan it was mostly available in sedan and liftback forms with 1.3 liter 2E carburetor, or 1.6 liter 4A-FE fuel injected engine.

The notable version offered with the Sprinter E90 was the GT version with 4A-GE 20v Silver Top engine. It was a revolutionary engine when offered in 1991, with features like VVT, individual throttle bodies, a compression ratio of 10.8:1 and 5-valve per cylinder configuration. This helped the E90 Sprinter GT to accelerate from 0–100 km/h in approximately 6 seconds and reach a top speed of over 200 km/h.

The import restrictions in the 90s, saw a full-stop to the imported Japanese vehicles in Pakistan. So the later Sprinter models were never able to reach our market in volume. However few units of the Sprinter E100 and E110 series were seen during the import relaxations implemented in the previous decade.

Toyota Sprinter was reliable and quite a popular car of its time during the 80s and had a decent fan base too. It can still be seen running on our roads in limited numbers, though most of them are in quite bad shape now. Have you ever kept a Toyota Sprinter? Let us know with your experience of keeping one.

Some Toyota Sprinters in Pakistan