Following the introduction of the Maruti Suzuki S-Presso, Renault has launched the facelift of its popular Kwid hatchback in India, priced from INR 2.83 lac (PKR 6.27 lac). The refreshed Kwid is available in 5 variants– Standard, RxE, RxL, RxT and Climber – and comes with two petrol engine & two transmission options.

The updated Kwid borrows styling cues from the Renault City KZ-E electric car that was unveiled in China earlier this year. It gets a split headlamp setup with LED DRLs positioned next to the chrome-embellished front grille. The main headlamp cluster is positioned lower down in the bumper– as in Nissan Juke. The mesh grille pattern has been replaced with horizontal slats. 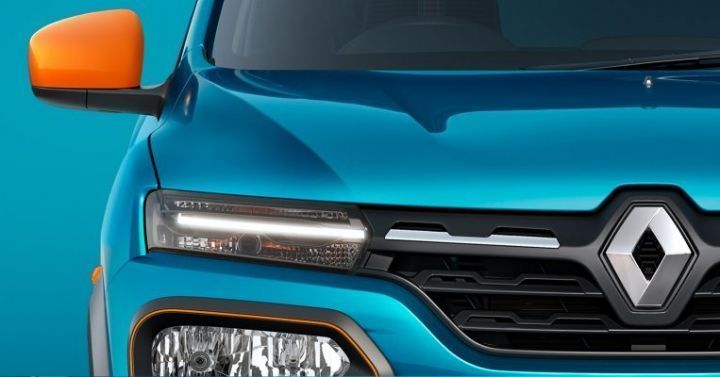 Towards the back, there’s a new rear bumper with reflectors on both sides and new LED elements in the tail-lights. Additionally, the top-spec Climber variant gets faux skid plates at the front and back, roof rails, gunmetal grey alloys and orange accents. 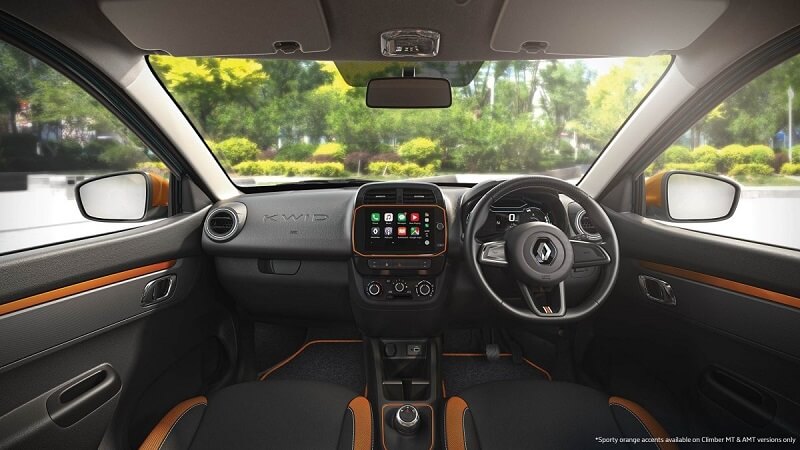 Inside the refreshed Kwid gets a tweaked dashboard design, with a newer and larger 8.0-inch touchscreen infotainment system and a new steering wheel. The AMT variants also see the circular gear shifter repositioned to the center console instead of the dashboard. The new Kwid also gets a new digital instrument cluster that includes a tachometer. Furthermore, new seat fabrics and tweaked door pad trim are also part of the package. 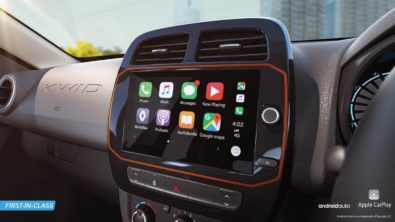 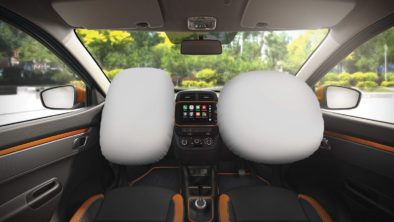 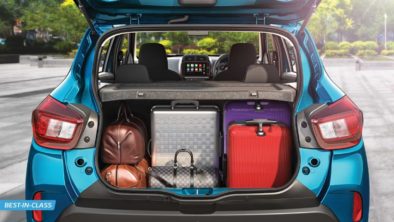 The new Renault Kwid facelift continues to be offered with the same three-cylinder petrol engines – a 0.8-liter 54hp, and a 1.0-liter 68hp. The 800cc Kwid comes with a 5-speed manual only, while the 1000cc variant also gets an optional 5-speed AMT gearbox. The Kwid comes standard with a 4-year/100,000 km warranty, with roadside assistance.

Prices of the Renault Kwid facelift range are as follows: