Sazgar Engineering Works Limited (SEWL) has just informed the Pakistan Stock Exchange (PSX) that it is all set to roll out Pakistan’s first hybrid electric vehicle (HEV) under the Haval brand name on 17th November 2022. The notice reads:

“We are pleased to inform you that the company has successfully assembled/ manufactured locally the first Hybrid Electric Vehicle (HEV) of Pakistan and is being launched under brand Haval as of November 17, 2022.” 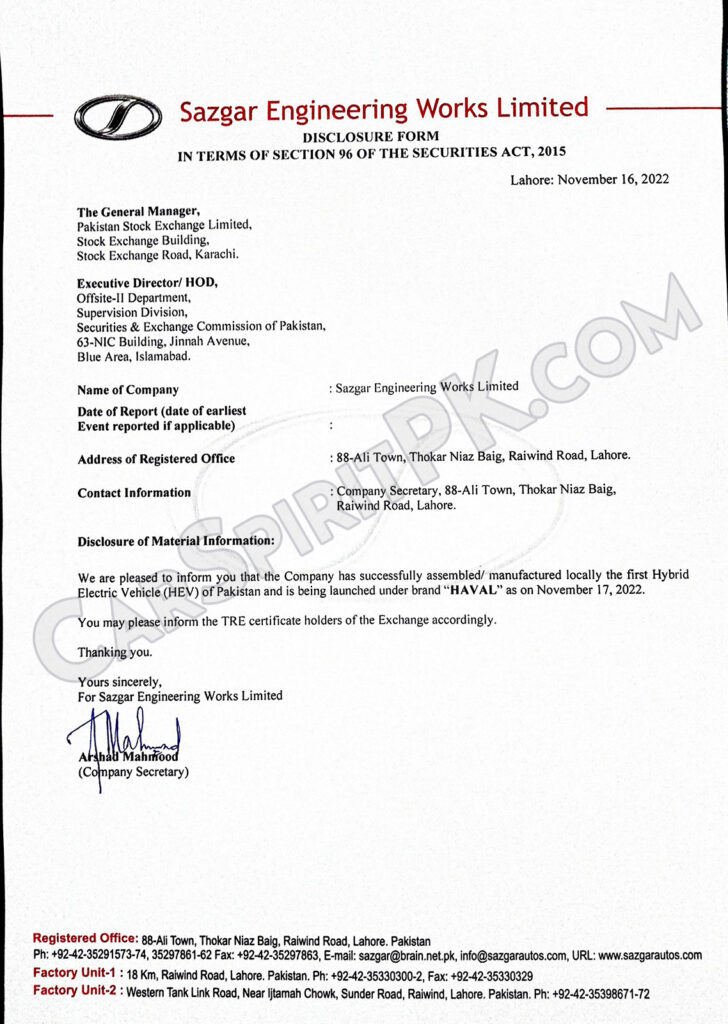 The company since 1st of September 2022, has been successfully rolling off the Haval H6 at its plant in Lahore. Two variants are currently being assembled in Pakistan— one is the H6 with 1.5T engine and the other with a 2.0T engine. The vehicles are priced at Rs 7.425 million and Rs 8.499 million, respectively. In later stages however, SEWL said it will also assemble the Haval Jolion SUV in Pakistan.

Sazgar, the largest rickshaw-maker in Pakistan, entered into 4-wheeler business after receiving the government’s Greenfield status to produce vehicles in the country. In addition to Haval, the company has also joined hands with BAIC of China, and is producing BJ 40 Plus SUV as well as X25 crossover in Pakistan. 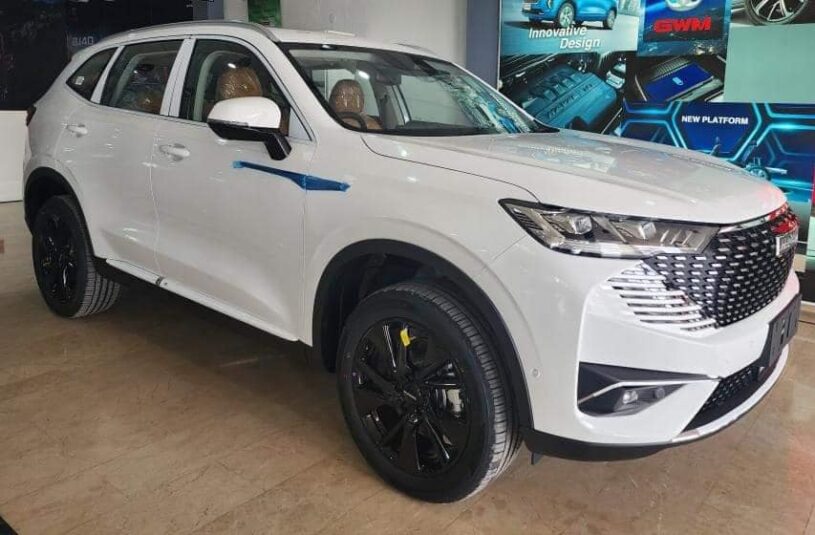 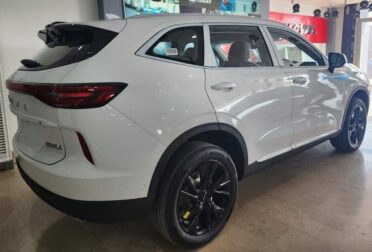 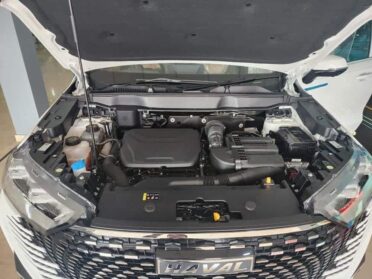 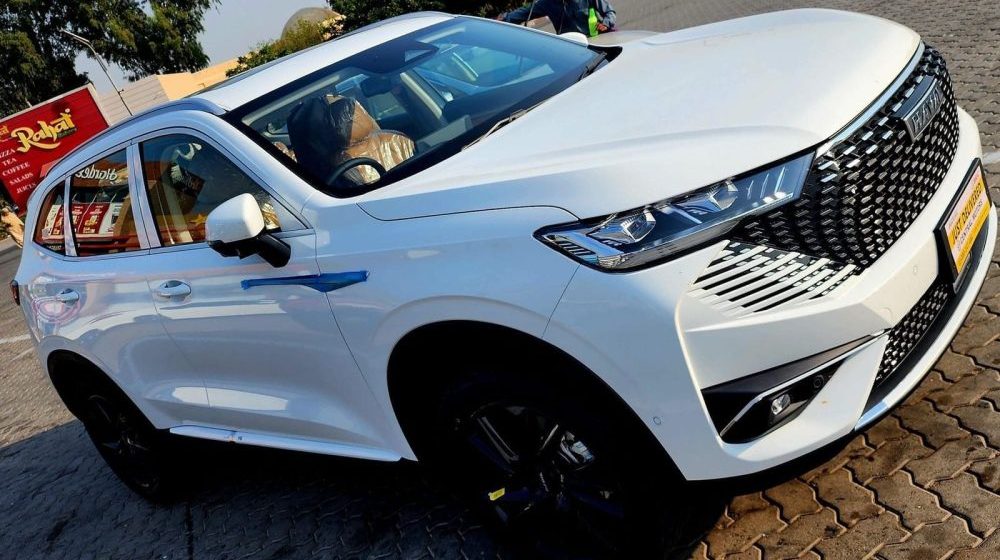 The latest news of the launch of locally assembled Haval H6 hybrid has seen Sazgar’s share price go up by 7% to reach Rs 61.45.