Shortlisted WP29 Regulations Yet to be Implemented

One of the key problems with the local auto industry where it stands today is the lack of regulatory measures by the government and certain initiatives which steer the industry towards progress.

The implementation of Euro-2 standards 10 years after they were phased out from the rest of the world is a classic example. Plus it has been more than a decade since these obsolete standards were put into effect in 2012, and ironically despite huge concerns of environmental impact & alarming level of smog, we are yet to upgrade to newer emission standards when the world is already there on Euro-6 levels.

The fuel was upgraded to Euro-5 in August 2020, although this too hasn’t been done the ideal way, still the assemblers said they require 2 years to move from Euro-2 to Euro -5. Fast forward two years, there is no sign of local assembled vehicles upgrading to meet the Euro-5 standards while authorities remain asleep.

Likewise, government in the latest Auto Industry Development and Export Policy (AIDEP 2021-26) decided that vehicles shall not be allowed to go on sale after June 30, 2022 whether locally manufactured or imported, which are not compliant of shortlisted WP29 regulations. However, we are already heading towards the end of July and there is no sign of implementation of the said WP29 standards. The shortlisted regulations included the mandatory inclusion of dual airbags (for driver & front passenger) which was supposed to put an end to various vehicles on sale in Pakistan.

In addition, compulsory ani-theft equipment (engine immobilizers), and a number of other required improvements such as tires, lights, windshield glass, seat-belts and structural integrity of cabin etc were to be mandated. Some of the features of new Auto Policy were:

There are plenty of other examples where the government made some claim to strictly deal with the shortcomings, but then went into hibernation without any followup on the words whatsoever. Earlier, it threatened local assemblers of ‘fixation of prices’ under the Price Control Prevention of Profiteering and Hoarding Act, 1977, in wake of uncontrolled & frequent surge in prices of locally assembled vehicles. However according to analysts, the price fixing threats by the government is just an eyewash to appease public disdain for a while over frequent car price hikes. They believe the government would not be taking any actions against the industry.

Similarly there has been no concrete measure to end the menace of the existence of premium/ on-money culture in the market when the solutions are pretty simple and straight forward but require some strict implementation. 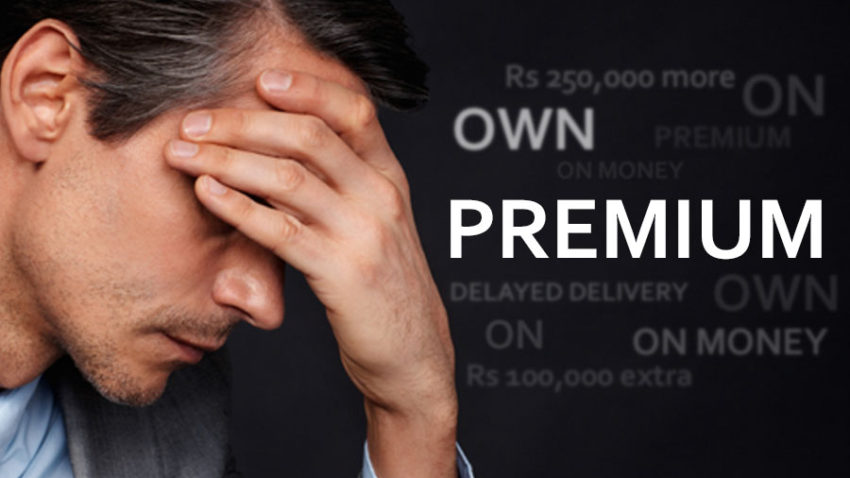 So even when we have gone past the June 30th deadline, local assembled vehicles failing to comply to the WP29 regulations and those without a single airbag on offer are being sold by the local assemblers. And from the looks of it, they will continue to do so. When will the government realize that the 30th June 2022 deadline the set has been surpassed, we will have to wait to find out.